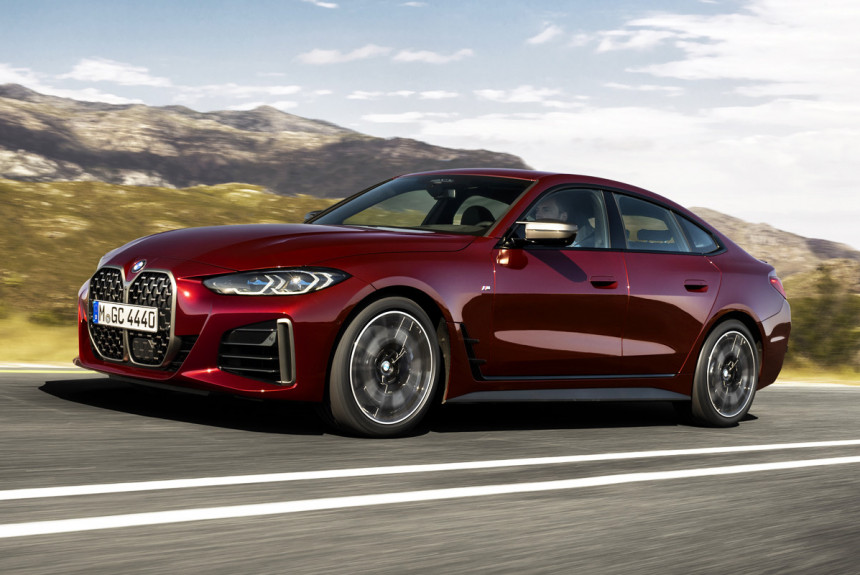 The family of the fourth series of the new generation is finally formed. The base coupe and convertible were joined by a five-door liftback, which is called the Gran Coupe in the proprietary terminology. Moreover, the new model replaced not only the previous similar “four”, but also the liftback of the third series of Gran Turismo, which the company decided to abandon.

Recall that the “three-ruble” GT and the “four” GC had the same body type, but differed, first of all, in size: the third series was larger and noticeably more spacious. Therefore, the Gran Coupe of the new generation has grown greatly in size. The length was immediately increased by 143 mm (up to 4783 mm), the width – by 27 mm (up to 1852 mm), and the height – by 53 mm (up to 1442 mm). The wheelbase is also stretched 46 mm: now 2856 mm. Although even such a grown liftback is slightly inferior in size to the deceased “three-ruble note” GT. By the way, the ground clearance has also become a little higher: in the basic version – 140 mm instead of 130 mm. 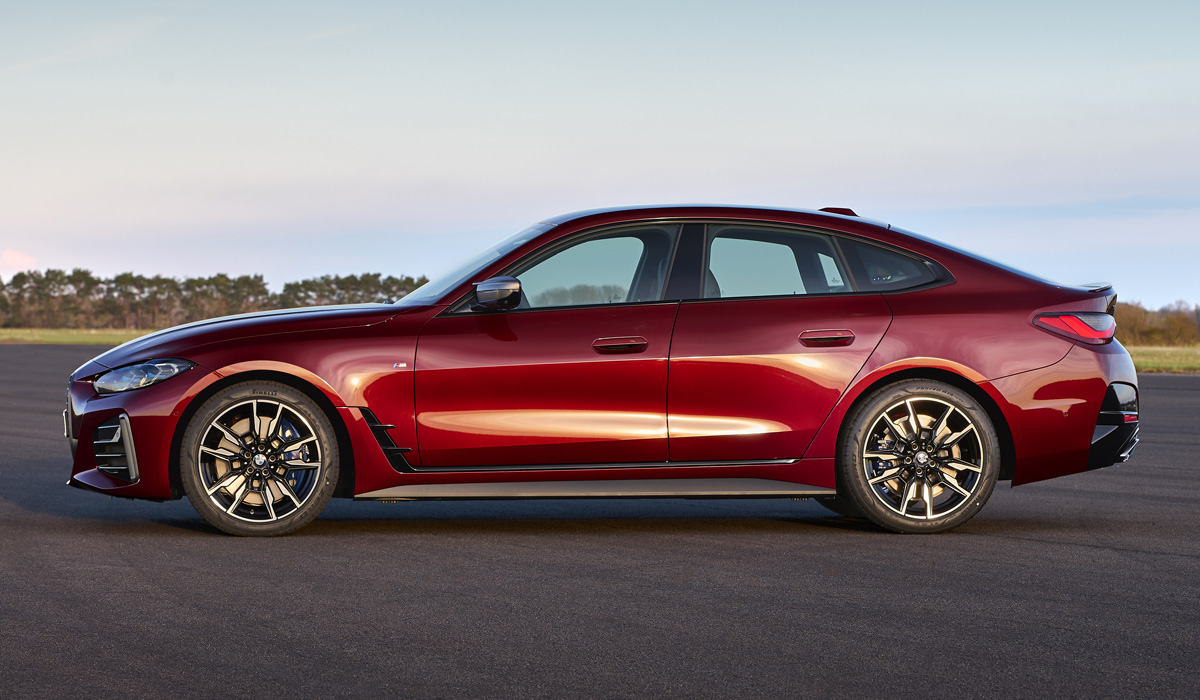 At the same time, the five-door Gran Coupe body with frameless doors is exactly the same as that of the recently introduced BMW i4 electric car. They actually differ only in floor panels, designed for different platforms. Like the battery-powered car, the new Gran Coupe has recessed door handles instead of natural-grip handles on two-door fours. The drag coefficient Cd is 0.26 versus 0.29 for the previous liftback, although the i4 with deaf “nostrils” and a smooth bottom is even more effective (0.24). Wheels – 17 to 20 inches in diameter. 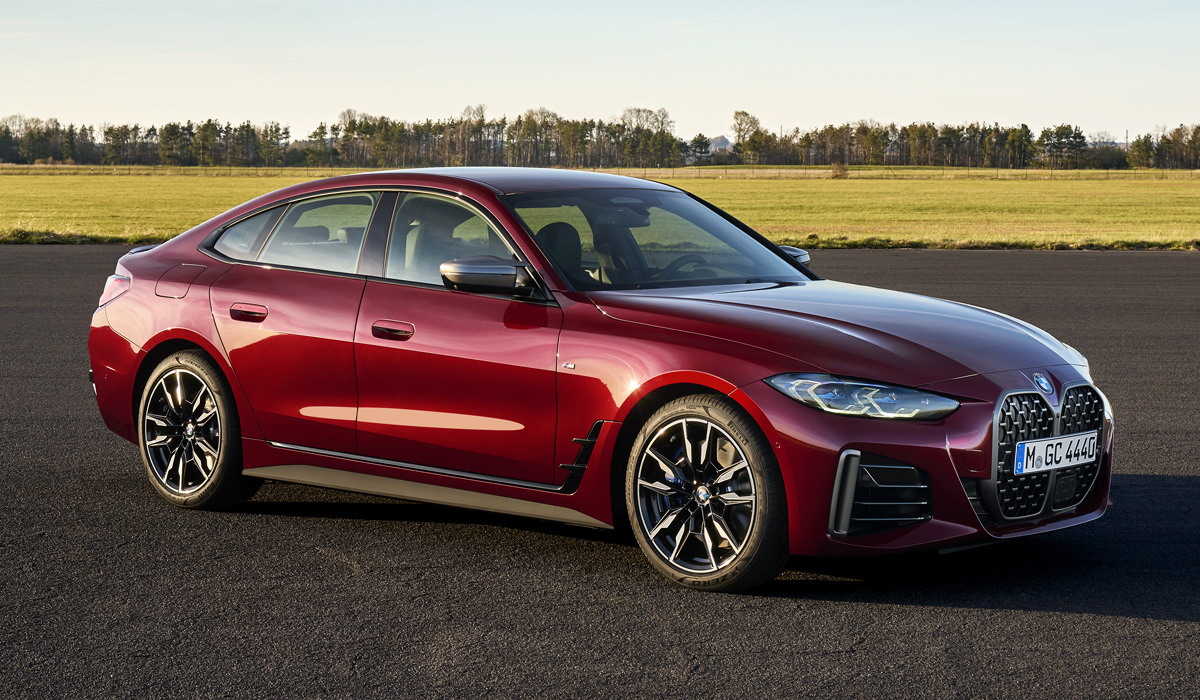 The entire increase in dimensions went to increase the cabin – now it is a fully-fledged five-seater, with a three-seater rear sofa, the back of which is regularly divided into three parts in a ratio of 40:20:40. Rear seat heating can be ordered for a surcharge. But the trunk of the new generation model, on the contrary, has shrunk by ten liters: now 470 liters under the shelf and 1290 liters with the rear row folded down. 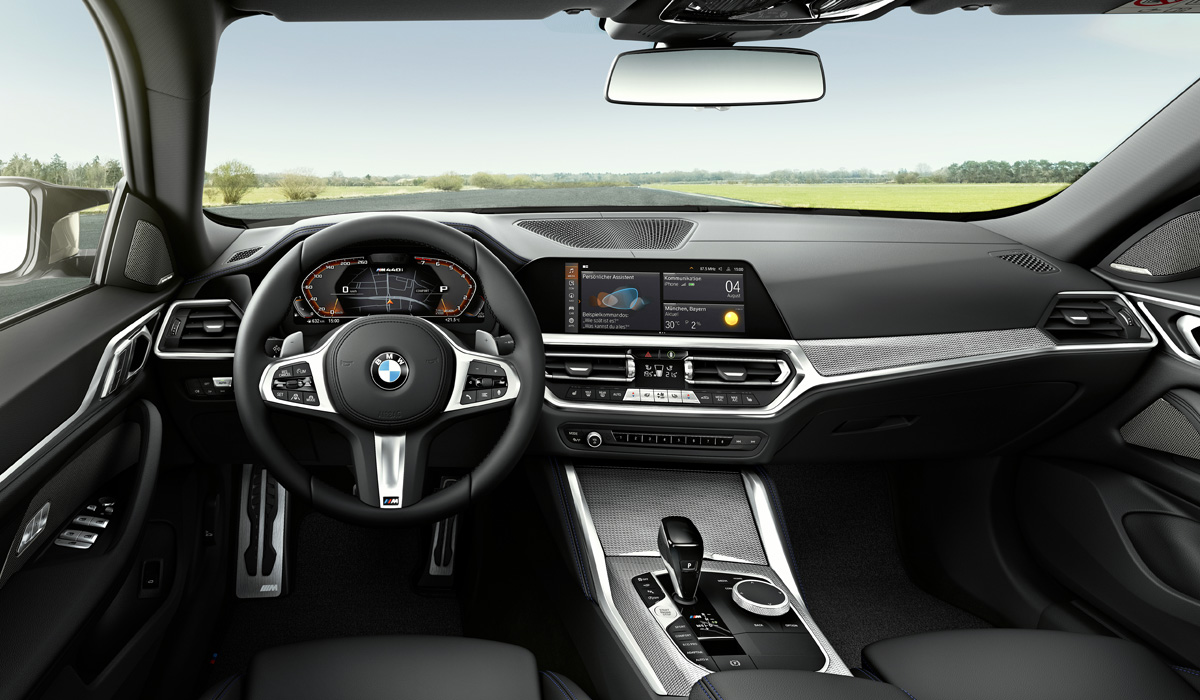 If the electric BMW i4 sports an original front panel with two combined screens, then the “hydrocarbon” Gran Coupe has retained the familiar interior, familiar from “three rubles” and “fours”. There is still a push-button climate control panel, and the iDrive system is still in its seventh generation, while the electric BMW is supposed to be in its eighth iteration. 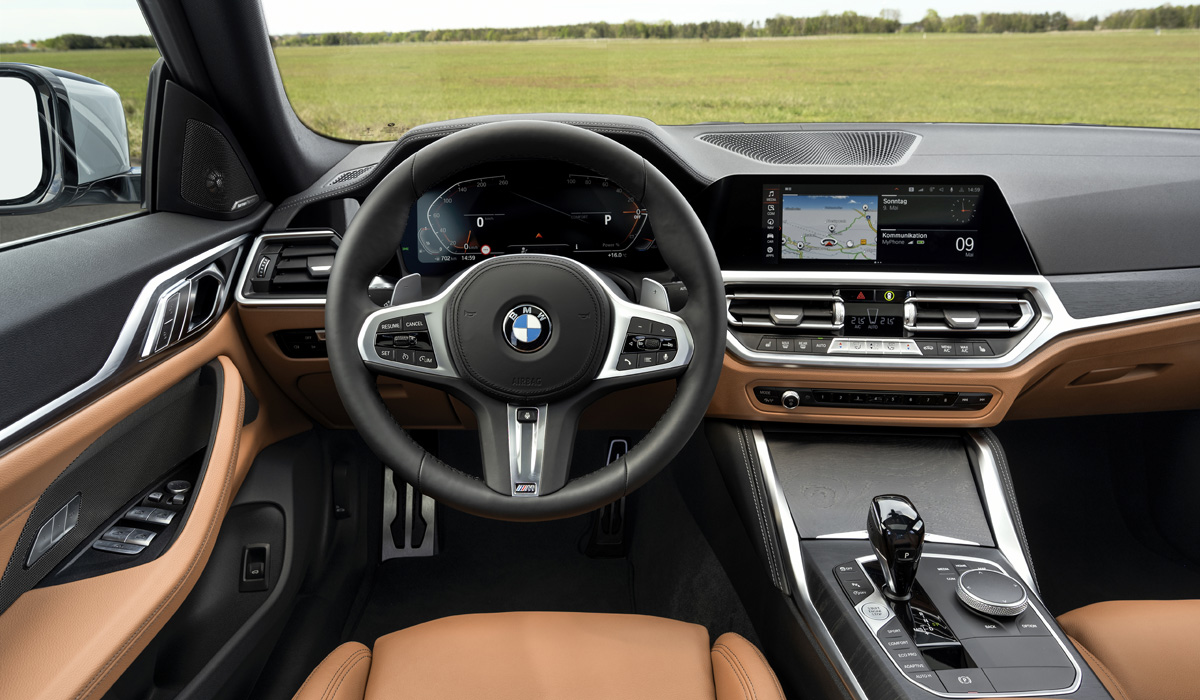 Standard configurations are analogue instruments (with display in the middle) and an 8.8-inch media system screen. For a surcharge – virtual instruments on a 12-inch display and a central touchscreen of 10.25 inches. The range of options is as wide as that of other models in the family, including a panoramic roof and a quasi-autopilot. 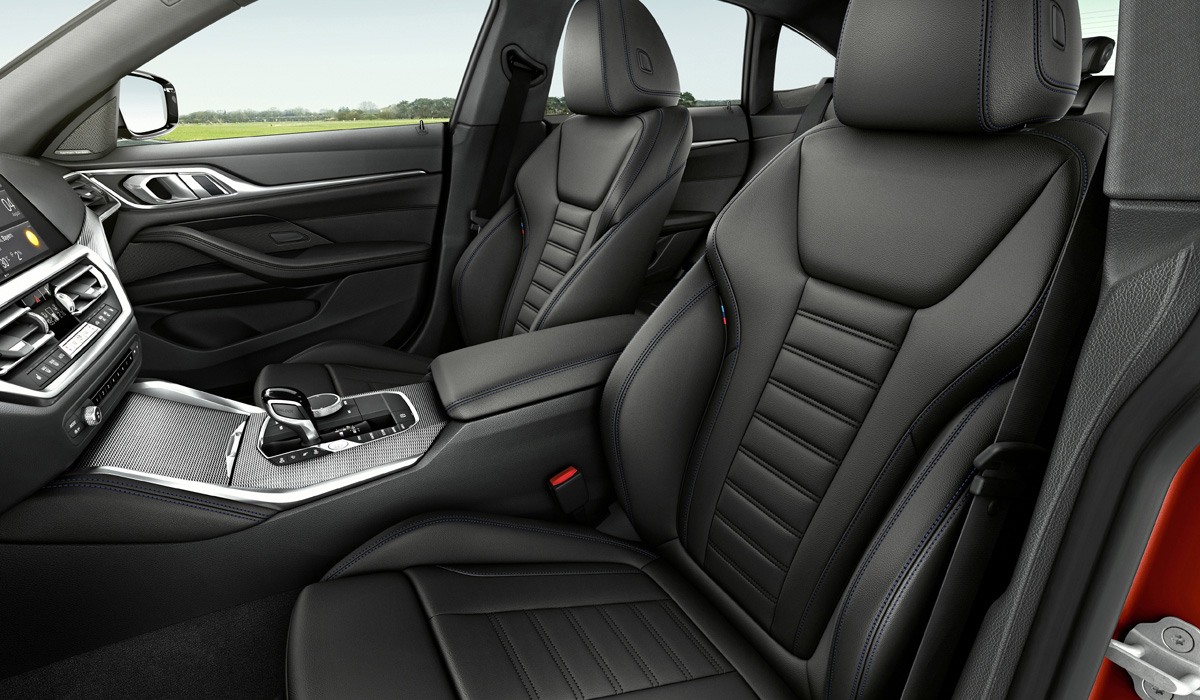 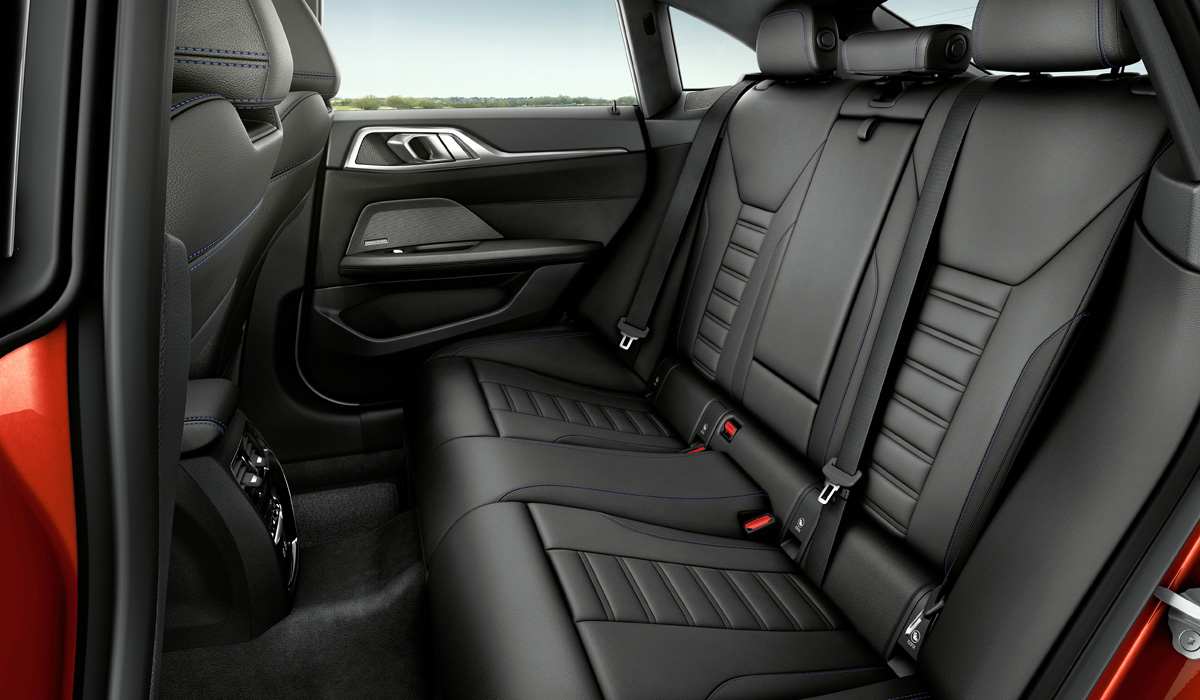 The two-liter turbodiesel on the BMW 420d version develops 190 hp. and 400 Nm, these cars are available with both rear-wheel drive and xDrive transmission. Eight-speed “automatic” – standard equipment for all versions. In addition, the 420d and M440i models have a 48-volt starter-generator, which works as part of a start-stop system, producing an additional 11 hp. and helps in the first seconds of acceleration. Later, the set of versions will be expanded. 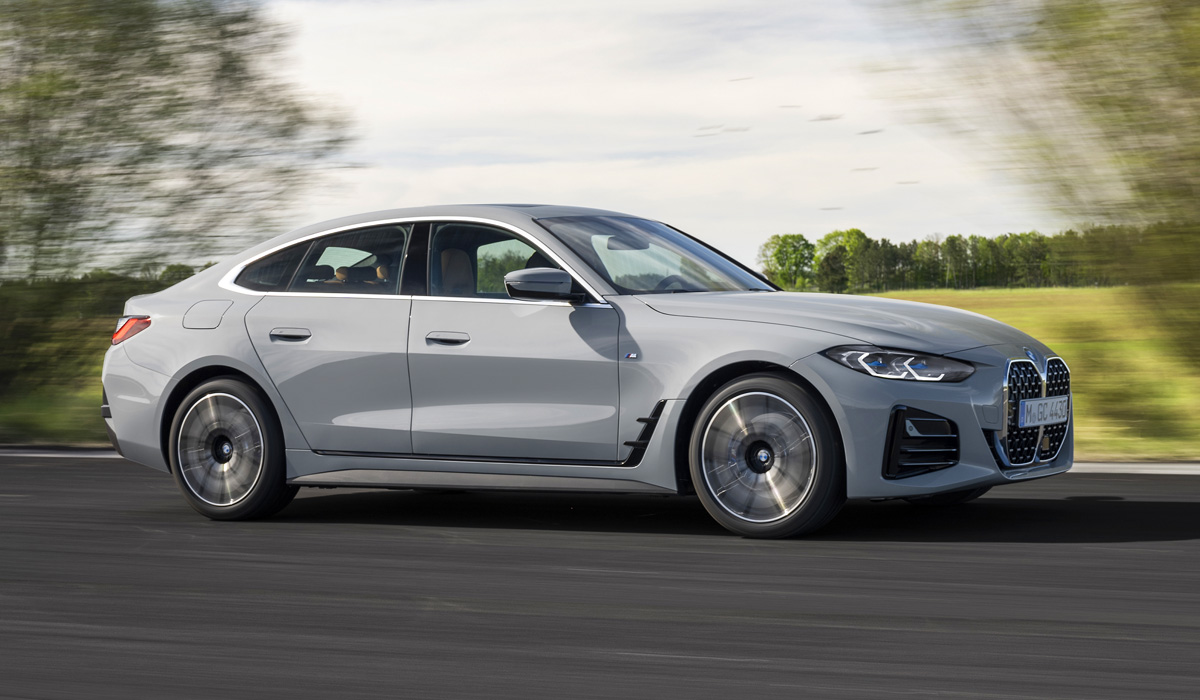 In terms of chassis, the “four” Gran Coupe is unified with other models of the third and fourth series. But the standard suspension is with amplitude-dependent dampers tuned for increased comfort. For a surcharge – a sports M-chassis or adaptive suspension, but there are no air bellows on the rear axle, like the BMW i4 electric car, in the list of options. An electronically controlled rear differential is standard on the M440i and optional on the 430i. 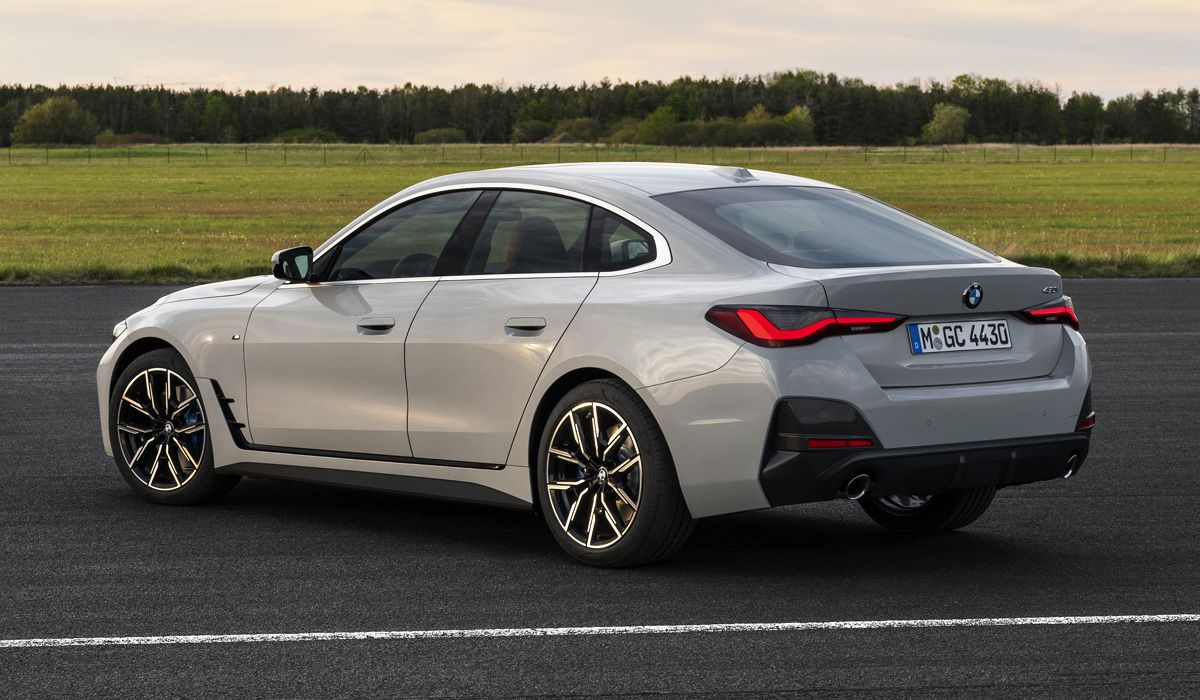 The new Gran Coupe will be produced at the headquarters in Munich – the same place where the three-ruble notes are made and the i4 is going to be produced. The start of sales is scheduled for November, although prices are already known, including in Russia. But our liftback is still offered for order in the only modification of the BMW 420d xDrive Gran Coupe with a 190-horsepower turbodiesel, all-wheel drive and a standard M-package. Price from 3 million 680 thousand rubles, that is, 40 thousand cheaper than a similar two-door coupe of the fourth series, but 270 thousand more expensive than a three-ruble note.