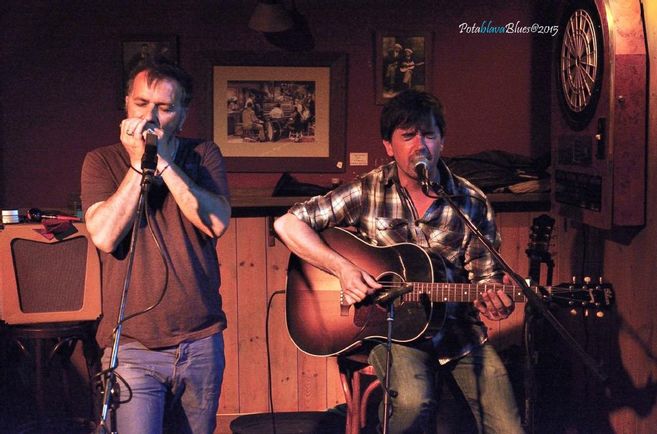 “Let’s find together the music of the devil and a breath of carefree and shared pleasures”, writes Élisabeth Levannier in the editorial of the program of this 19th edition of Blues en Loire.

The one who oversees the forty or so volunteers who organize this festival and take care of the programming emphasizes “that music makes you forget everything else and must take back all its place in our lives” despite the health rules in force and the uncertainty about the evolution of the pandemic. So let’s not sulk our pleasure! Even if you have to remain seated, wear a mask and respect the distance!

There are only good reasons for reserving places and supporting the live performance. Seven days of open-air festival, around thirty concerts (including surprise live shows), musicians who are blues legends and others who take over, a diversity of styles, crossbreeding … Everything is there to live and share privileged moments in the setting of La Charité, as in Guérigny, Raveau and Varzy.

A big festival with little resources

One month before the launch of this 19th edition, we must salute the work carried out by the organizers: “We have no employee. It’s a festival that looks big, but doesn’t have the means, ”recalls Élisabeth Levannier. The communities follow (departmental council, community of municipalities, municipality of La Charité, Region), but the overall amount of aid is declining. “Each time, it takes a little more energy. “

Artists who were due to come in 2020 have been rescheduled, where possible. Americans who were expected had to cancel in mid-May and priority was given to the French, especially for the closing evening of Saturday, August 21 in the cloister. We will not lose in the change, because there will be good people around Patrick Verbeke, “Mr. Blues”, in the courtyard of the cloister.

– Cooper.W.Ayon continues the evening with music very close to the origins of the blues, very haunting.

– Bo Weavil has over 1,500 concerts to his name. A very dancing swing.

– Raoul Ficel Quartet. The old guard of the blues, Raoul Ficel is as comfortable solo with his songs as in full training with a solidly electrified blues.

14 h 30. Mississippi boy. Young audience concert with Raoul Ficel. The adventure of a little guy descending from a slave at the beginning of the last century …

16 h. One Rusty Band. An explosive duet with Greg on vocals and harmonica guitars and Léa on acrobatic tap dancing and “washboard”.

Courtyard of the cloister. 14 h 30. The Coudougnans. Pie, rather country, sings and plays the guitar in duet with Raoul Ficel, his father.

Monks cellar. 16 h 30. Patrick Verbeke and Jérémy Teper. Guitarist, composer, singer, Patrick Verbeke has been pursuing an international career for many years. We have already seen it several times at La Charité. The guitarist Jérémy Tepper, as comfortable in electric as in acoustics, accompanies him.

– Forty years he has made his voice and his guitar resonate, a sound all his own where the influence of JJ Cale weighs, Éric Ter will finally perform at La Charité;

Gardens of the Benedictines. 6 p.m. The Po Boys, the invention, in 2018, of three old men to play rural blues influenced by gospel, work songs and electric drinks from Chicago.

– James Armstrong. The American guitarist, inspired by Albert King and Robert Cray, brings his personal touch to the Chicago Blues. A particular aura and a discography that speaks for him.

Tip’S. 23 h 30. JAM. Musicians meet in this picturesque place to play until the end of the night.

Saturday August 21, at the Charité

Courtyard of the cloister. From 8:30 p.m.: Benoît Blue Boy, Patrick Verbeke, Honeymen, Leadfoot Rivet & Flyin’Saucers. The big night of French blues. Scheduled for 2022 and finally scheduled for this resumption in 2021. No group from across the Atlantic but artists who have carried the blues high for many years.

Honeymen is half of Doo The Doo, a tribute to the roots of the Blues.

The Saucers draw their inspiration from Louisiana and will accompany Leadfoot Rivet, which they know well. Alain Rivet (Leadfoot Rivet), the most American of French singers, has fallen into the blues since the sixties.

Benoît Blues Boy has two lifelong companions: the blues and the harmonica. Texts full of humor and the art of singing blues from home.

And Patrick Verbeke will be there, which alone justifies the trip to La Charité.