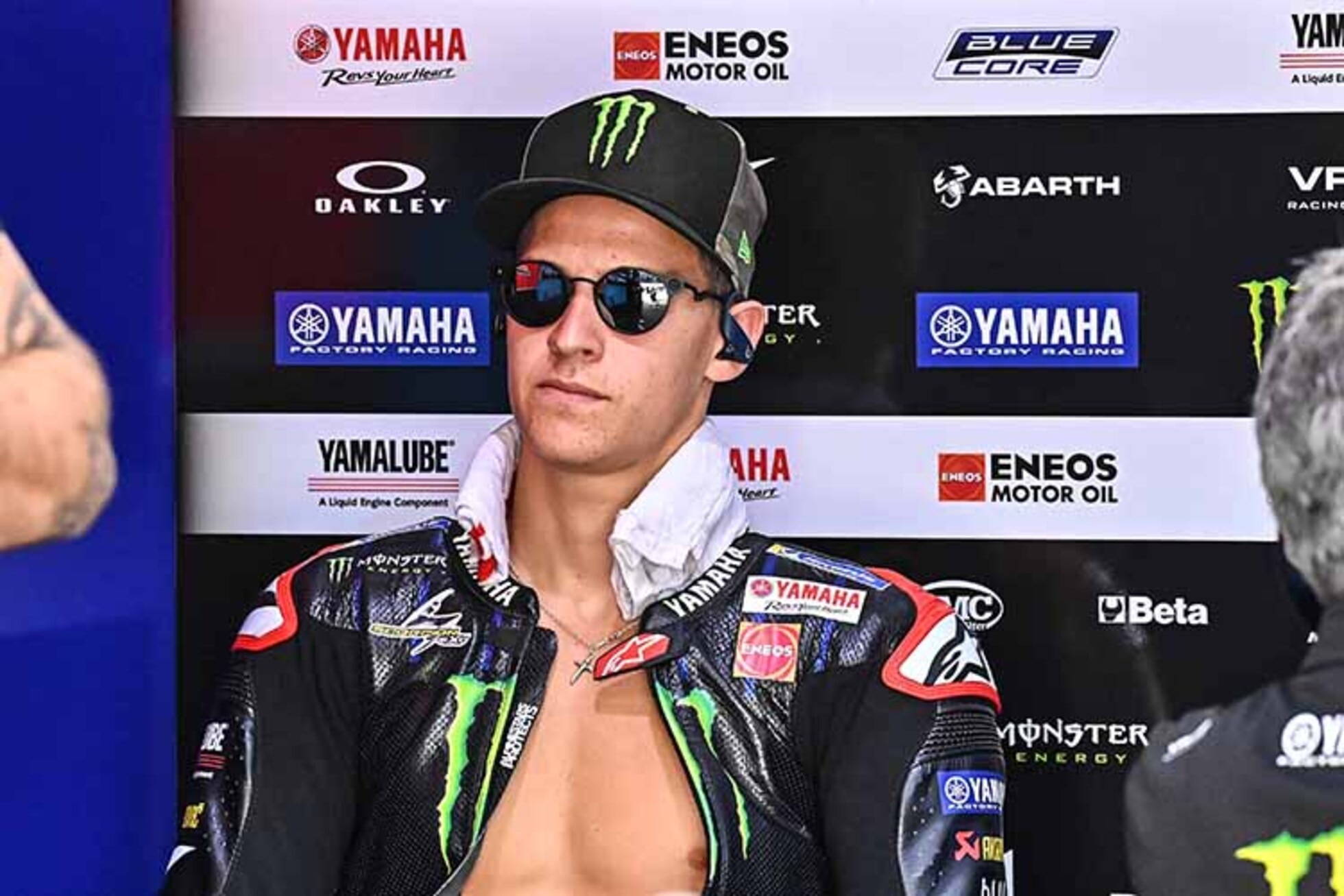 The result of the Catalunya GP was turned inside out again. Fabio Quartararo, who finished third, was postponed from 4th to 6th place. Reason: Chest protection thrown away!

At the Catalunya GP, Fabio Quartararo was initially slowed down by the problem with the Alpinestars leather open, then he received a post-race 3-second penalty for leaving the lane in the chicane (illegal shortcut) after the 24 laps, which threw him back from 3rd place to 4th place.

And then those responsible from Suzuki and Ducati marched to the Race Direction and the members of the “FIM MotoGP Steward Panel” to inquire whether Fabio Quartararo’s incomplete racing clothing was a criminal offense.

It was first suspected that the French airbag accidentally opened. However, this assumption has not come true. Even the Alpinetars technicians do not yet know exactly what happened. You have initiated an investigation and are inspecting the recorded data. It is still unclear whether Fabio opened the zipper of his leather suit and threw away his “Chest Protector” to make more space for the possibly opened airbag. The zipper was obviously not defective, as it could be closed again by the driver when driving slowly during the run-out lap.

In any case, the FIM regulations stipulate in Article 2.4.5.2 under “Rider’s Safety Equipment”: The riders must wear a helmet, leather suit, gloves, boots, back protector and chest protector at all times and correctly fastened when driving on the racetrack. However, Quartararo is demonstrably missing the Chest Protector.

Therefore, the world championship leader received another 3-second penalty, he slipped from fourth to sixth place (behind Mir and Viñales) and lost three more valuable championship points. As a result, the lead over Zarco shrank from 17 to 14 points

The stewards found that Quartararo had driven with an incorrectly closed leather suit and without a chest protector.

Mike Leitner, Race Manager at KTM, also supported the punishment of the three-time winner of the season from Nice. «The chest protector is mandatory. The race management knows that », stated the Austrian.

As a reminder: After the Qatar GP 2019, Honda, Suzuki, KTM and Aprilia protested against Ducati and winner Andrea Dovizioso because an allegedly illegal rear wheel spoiler was used on the Desmosedici. The protest was rejected because Ducati assured that the spoiler was not an unauthorized aerodynamic aid, but was used to cool the rear tire.

Yamaha did not take part in the protest at the time in Doha because they had used a similar spoiler in Valencia in November 2018. It should keep splash water away from the rear tire in the rain and thereby prevent aquaplaning.

“It also happened to me once that the airbag opened,” said Stefan Bradl in an interview with SPEEDWEEK.com that evening. «But luckily not in the race. I would understand if Fabio threw away the chest protector if the airbag really did open. Of course, it presses on the chest when the airbag opens, then you don’t have the air to breathe. That is brutal. From my point of view it was understandable what Fabio did. What should he do? He has to get some air … »

Quartararo had already disagreed with the first post-race 3-sec penaltry. However, Oliveira, Zarco and Miller unanimously said the Yamaha rider should have been stopped with the black flag.

Fabio Quartararo commented in an Instagram story: «Congratulations to everyone who complains for another penalty. As another driver said, I didn’t put anyone in danger. It was difficult enough for me to drive. But great to see some people’s real faces.»

«I just want to thank those people who support me and help me in difficult moments. I’ll see you next time.»

Status of drivers’ championship after 7 races out of 19 races