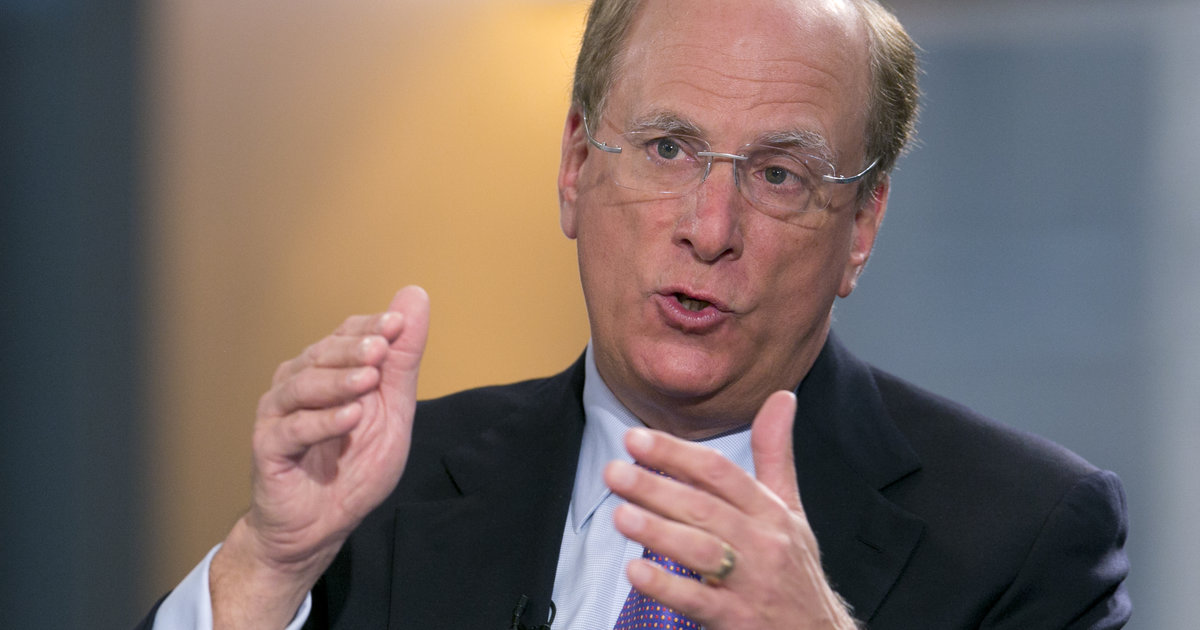 Economic leaders often play a pioneering role. The resolve with which BlackRock, the world leader in asset management, has invested in sustainable development has, for example, produced a snowball effect within banks. On Wednesday, Larry Fink, boss of this group of $ 9,500 billion in assets under management, which is more than double UBS ($ 4,300), launched a small bomb on the sidelines of the presentation of its second quarter results : BlackRock Increases Base Salaries Of Its Employees By 8%. From the junior analyst to the director, everyone is concerned. Will the decision extend to all financial groups and then to the entire economy? What will be the impact on the sector and, if the movement is followed, on inflation, knowing that the increase reached 5.4% in the United States in June over one year?

The increase announced by BlackRock will take effect on September 1 and will benefit its 16,500 employees. The reason given may surprise in more than one way. Firstly, management is not talking about bonuses but about base salary. Second, the rate of increase is uniform. Third, the decision does not correspond to an increase in productivity. BlackRock wants to “share the fruits of the group’s growth,” says the internal letter sent to staff. Larry Fink adds that “in addition to this exceptional adjustment, we will continue the usual process of adjusting salaries at the end of the year, which includes, for people meeting the criteria chosen, an increase in base salaries since the start of 2022 “.

The social climate may be changing in the United States. The battle for talent is indeed very tough, not only in technology but also in finance. According to a survey by Financial Times, JPMorgan Chase and Barclays raised junior analysts’ annual earnings by several thousand dollars in June, while Wells Fargo and Bank of America did so earlier this year. Goldman Sachs is a bit of an exception. The bank, which pays below-average wages, insists on the risk of a “mercenary” mentality, according to the FT. It should be noted that a financial analyst during his first year earns on average 91,400 dollars in annual salary (83,704 francs) and 39,700 dollars in bonuses (36,325 francs).

Read also:
In Switzerland too, inflation confirms its return

Increasingly, wage increases are at the bottom of the income scale. Remuneration in gastronomy and leisure (+ 8% on an annual basis) recorded significant increases. Moreover, a Fed poll cited by The Economist illustrates the change that has taken place over the past year. The income needed for the median employee (both top and bottom incomes) to accept a new job is 3% higher than he was reporting before the pandemic. It is even 19% among low income.

Rising wages could fuel rising inflation in the United States. Larry Fink “does not exclude that inflation will remain above 3% because of energy costs, bottlenecks in supplying the economy and the Fed’s policy focused on growth in the economy. ’employment”.

An inflationary spiral is “possible in industries that are doing well, such as finance and technology, and those with a shortage of skilled labor.” But for the moment, at the level of the whole country, the employees are weakened by the price increases ”, argues the independent analyst Véronique Riches Flores. We must take into account the 7 million people who have not yet found a job. The economic recovery could even be blocked by this possible slowdown in consumption.

In June, the increase in the average American wage was only 0.3%, 0.6% less than the 0.9% increase in prices, she said. Over twelve months, the real wage loss amounts to 2.2%, of which 1.8% has been concentrated over the last six months. “Such shocks traditionally result in proportional reductions in spending. Such an outcome could, in theory, be avoided given the additional savings, but for this it would require that savings be equitably distributed, which is not the case, ”she says in a note.

The labor shortage in the United States complicates estimates of wage growth, said Thomas Gitzel, chief economist at VP Bank Vaduz. Due to the income supplements distributed during the pandemic, which will continue until September, many people prefer to live on social benefits than to find a job. The increase in hourly wages, currently 3.6% on average in June, is therefore misleading, reveals the economist, forecasting an increase of 3.1% on average in 2021. Wage pressures are therefore still non-existent, in his opinion .

The situation in Europe is “similar insofar as wage pressures are non-existent”, argues Thomas Gitzel. There is one exception to this rule, gastronomy, due to the abundance of jobs available. In Germany, 320,000 jobs are to be filled in this branch. According to the economist, wages are expected to increase by around 2% this year in Europe.

Goldman Sachs, in a note, finds that wages resulting from collective agreements are up 1.4% in the first quarter in the euro area, compared to 1.8% in 2020 and 2.2% in 2019. The bank adds that the increase is “probably” less for wages that are not collectively negotiated. The spiral of wages and prices has not yet started by far.