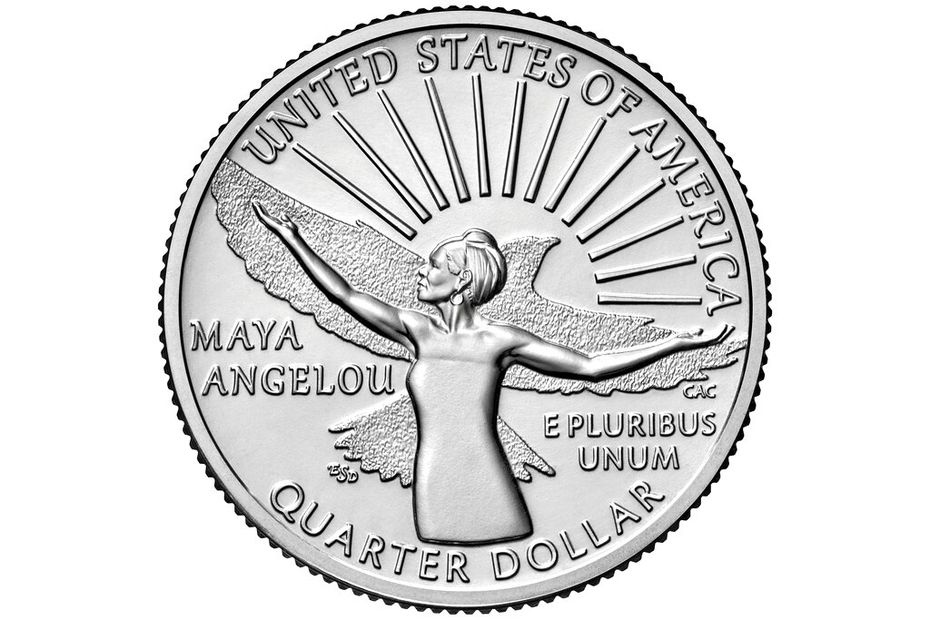 The effigy of the African-American poet and activist Maya Angelou (1928-2014) appears on a new generation of “quarters”, the famous American 25-cent coins, the first copies of which were minted by the United States Mint and will soon be put into circulation.

These are not collectibles but pieces that will be produced in large volumes, intended for daily use. They are minted in Philadelphia and Denver, according to a statement released Monday.

A first on a large scale

This is the first time that an American coin or banknote that is not from a limited collector’s edition has depicted an African-American woman.
It is the result of the vote in Congress, at the end of 2020, of a bill by the elected Democrat of California Barbara Lee.
Until now, the 25-cent coin, the most used in the United States, had only been entitled to a few rare alternative versions since 1932, the time to mint a series of 50 coins representing each of the American states, at the start. 2000s, and another national parks and sites, from 2010 to 2021.
For most of the coin’s 90-year history, it featured a portrait of the first President of the United States, George Washington, on one side, and an eagle on the other.
In 1999, however, the United States had launched a series of “quarters” to honor the 50 states of the country with a symbol of each state to replace the eagle.
The new room will retain the portrait of George Washington on one side and host that of Maya Angelou on the other.

“The phenomenal women who shaped American history have been ignored for too long, especially women of color.“tweeted MP Marc Veasey, elected Democrat in the House of Representatives.”I am proud to have supported Barbara Lee’s text to pay tribute to them.”

This piece is the first copy of a series called “Prominent American Women”, which will honor several famous women of various origins.
Astronaut and physicist Sally Ride will follow, Wilma Mankiller, the first Native American woman to serve as the head of the Cherokee Nation, Hispanic politician and activist Nina Otero-Warren, and actress Anna May Wong, hailed as the first star. Hollywood woman of Asian descent.
“Black women have historically done the most for our country while receiving the least recognitionAfrican-American elected official Ayanna Pressley said.
“Glad to see the legacy of Maya Angelou, a heroine of mine, being honored“the Democrat tweeted.

An emblematic author of the country

Known for her memoirs and poetry, Maya Angelou is considered one of the most emblematic authors of the condition of African Americans in the United States.
She wrote “I know why the caged bird sings“, an autobiographical novel seen as a classic of American literature.
Friend of Malcolm X, active in the Martin Luther King movement, Marguerite Johnson, by her birth name, has written extensively on the American South, where she was from.
In 2017, the Obama administration announced that populist President Andrew Jackson would be replaced on $ 20 bills by black abolitionist figure Harriet Tubman.
The project had been abandoned by Donald Trump during his tenure, but was relaunched after the arrival of Joe Biden at the White House.
Treasury Secretary Janet Yellen confirmed in September that the change was well timed, without giving a timeline.