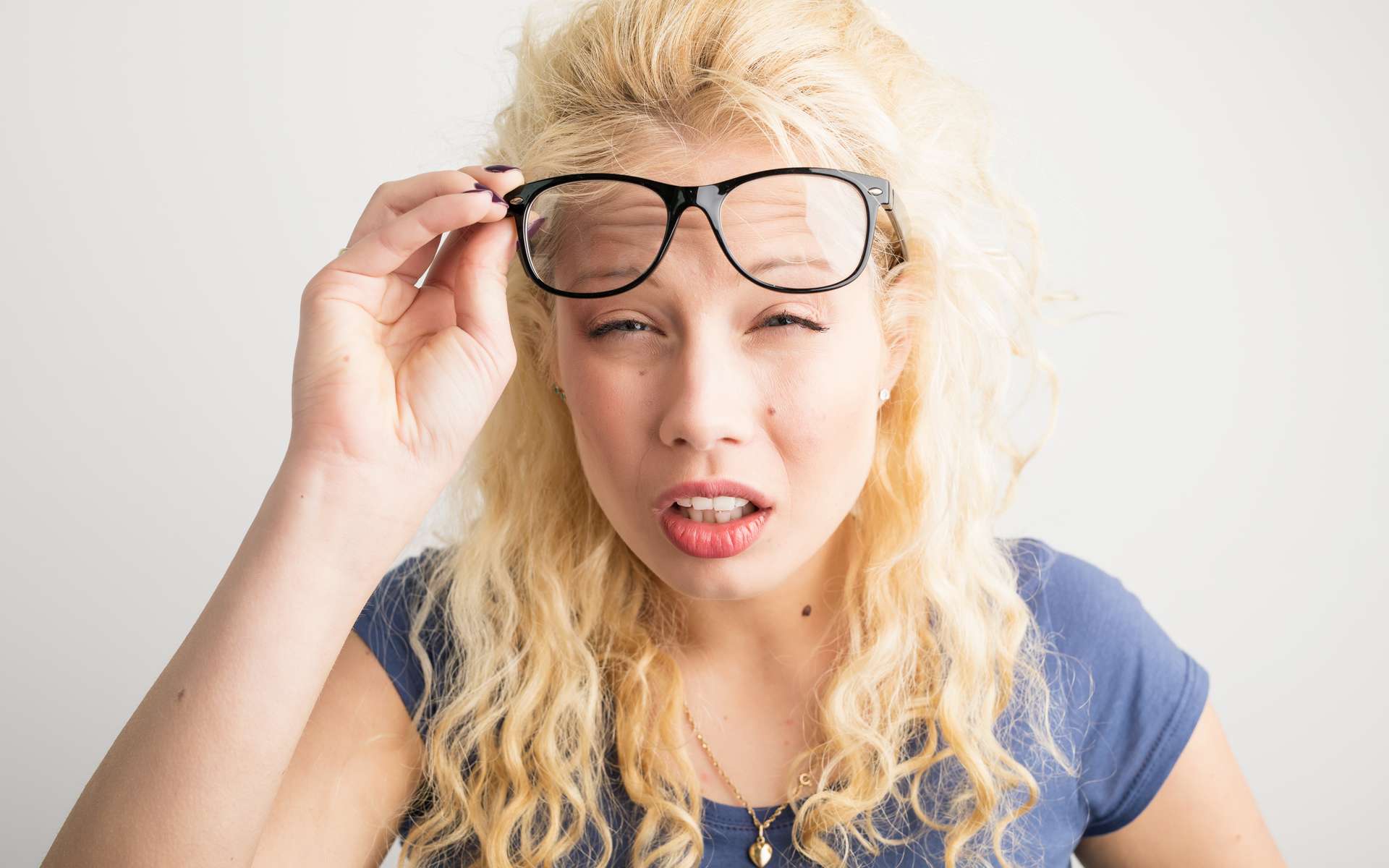 Bizarre patient: blind, she is persuaded to see correctly

Today in weird patientthe strange disease that makes people with vision problems believe that they can see perfectly!

A 73-year-old woman is taken to the emergency room at Radcliffe Hospital, in Britain, after a sudden bout of headache, vomiting, and confusion. Doctors immediately suspect a neurological problem, but a detail during his auscultation suggests that it is a more atypical case than it seems. The patient does not seem to be able to make fixed eye contact with them. They decide to do a simple test to make sure their patient is not visually impaired. Facing her, the doctor asks her to close her left eye, then the right and to tell him when her hand leaves her field of vision. From her reaction, it’s clear she doesn’t see anything. Yet the patient does not seem to be aware of it! How is it possible ?

Doctors are giving her a brain scan after she said she had “blood in her brain” four years ago. Indeed, his medical file indicates a haemorrhage on the left side of the occipital lobe whose origin could not be determined. The patient says she recovered well from this accident and has since lived normally at home with her family. The images from the new scanner also show a cerebral hemorrhage, but this time on the right side of the occipital lobe. Lesions in this region of the brain can cause perceptual disturbances. In other words, the eye works perfectly but the brain no longer “sees”.

Bizarre patient: a worm has taken up residence in his eye

The patient suffers from Anton-Babinski blindness, the main characteristic of which is visual anosognosia, ie the patient has vision problems but maintains that he sees very well. It is not a form of denial but a neurological symptom that testifies to an anomaly in the brain following a neurodegenerative disease or after a stroke. The affected person is unaware of their blindness. In addition, she may appear confused and invent memories to fill a memory gap (confabulation). The origins of Anton-Babinski blindness are not yet fully understood, but lesions of the occipital lobe, without the visual cortex being affected, seem to be a key element in the pathology.

See also  Do you feel bad? Find out what you have with this app

The 73-year-old woman was taken care of in a specialized care unit for stroke victims. With the help of doctors, she regained part of her vision abilities which are limited to the perception of colors and known faces. She was able to return home, but lost her autonomy.