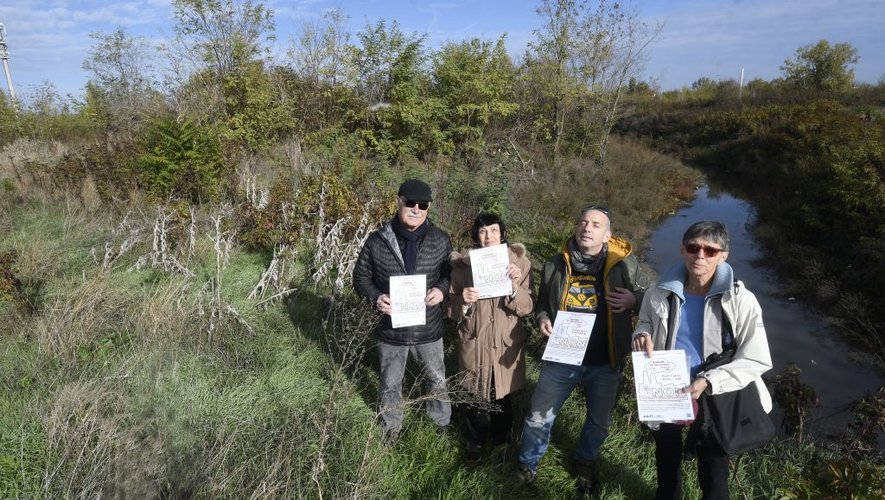 Biomass boiler room in Atlanta: resistance is organized in the neighborhood

the essential
The dispute is becoming more and more clear among residents of the new site that can house a biomass boiler near avenue d’Atlanta, in Toulouse. A rally is planned for December. City Hall announces an informational meeting in early 2023.

Chemin de Gramont in Toulouse, near the new fire station, on the edge of the ring road, the land approached by the municipality for the biomass boiler room to replace the abandoned Borderouge site, in a still slightly urbanized sector, is not not supervised by residences. . But as soon as you move a few hundred meters away, the inhabitants are there. And the resistance to the project is organized.

A member of Agir pour Croix-daurade, the neighborhood association, and of the Toulouse chauffeurs collective, born from the dispute over the first site, Roger Kesteloot had already dragged into the sector. “As soon as we meet someone, people stop and let us know their dismay when they discover that the project has been transferred to us. It won’t go away,” assures this resident who lives 400 meters from the site.

The building permit for a building with 158 units is displayed on land located a hundred meters away. And Roger Kesteloot fears that the smoke will spread over other existing homes, the Atlanta Avenue residential areas, a future nursery, etc. In the neighborhood, the protest is becoming more and more evident: an online petition has collected 1,300 signatures and a rally is scheduled for December 10.

As in Borderouge, local residents fear the pollution released by the plant, which will be fueled by wood, plants and agricultural waste. In addition to the insertion into an urban environment, they reject the ecological character itself of the biomass process. “We are setting up this factory when we are asked to change cars within the framework of the ZFE. »

See also  Nashville blaster who died in blast has been identified

During the municipal council of November 9, the opposition took action. The majority promised a consultation. A meeting is scheduled for early 2023, City Hall announced yesterday. Pierre Trautmann, elected in charge of public service delegations, called a commitment by candidate companies to “reduce polluting emissions below standards”. »