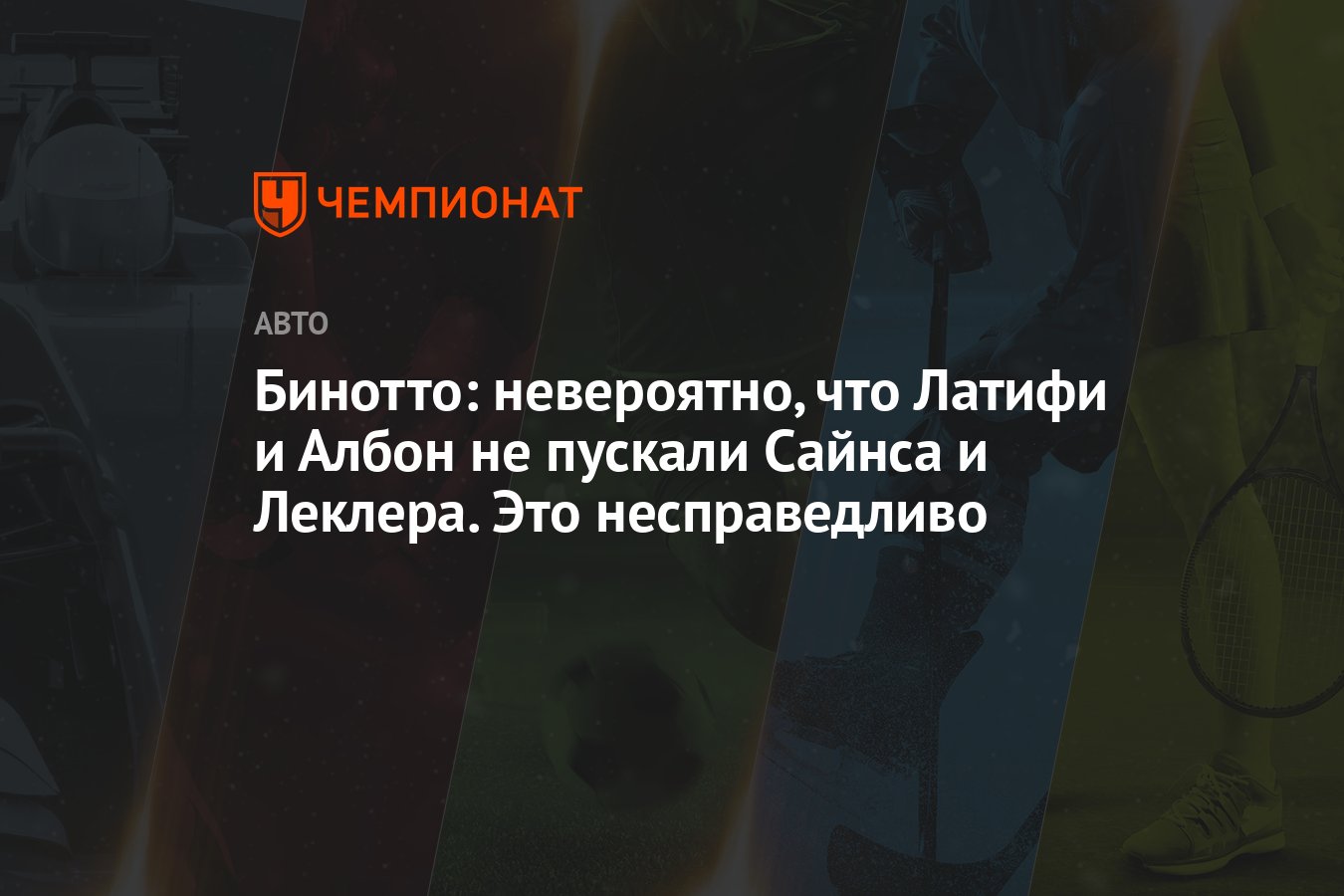 Binotto: It’s unbelievable that Latifi and Albon kept Sainz and Leclerc out. It’s not fair

Binotto: It’s unbelievable that Latifi and Albon kept Sainz and Leclerc out. It’s not fair

Head of Ferrari Mattia Binotto commented on the unsuccessful performance of the Italian team at the Monaco Grand Prix.

“I am responsible for everything that happens in the team. We mishandled the strategy, underestimated the speed of the intermediate tires and did not use the opportunities.

In the situation with Leclerc, we had to stop after a lap after Perez, and not after two, or stay on wet tires and immediately switch to slicks. However, in Monaco there is practically no GPS data, communication with the pilots is complicated, and besides, we encountered traffic. Anything could have happened.

Sainz’s second place is not so bad, although he could have won. He had no luck with Latifi. Carlos stuck behind him for two sectors. If not for this, he would have been ahead of Perez. Leclerc lost a lot of time at Albon. Something happened not in our favor, but we ourselves were wrong. Incredibly, Latifi and Albon, who were four seconds slower, kept the leaders out despite clear blue flags. It’s not fair. But we misjudged the situation. We could have won the race and we didn’t,” Binotto was quoted as saying by La Repubblica.

Ricciardo is killing his reputation, and Schumacher will soon become unaffordable for Haas. Ratings for Monaco