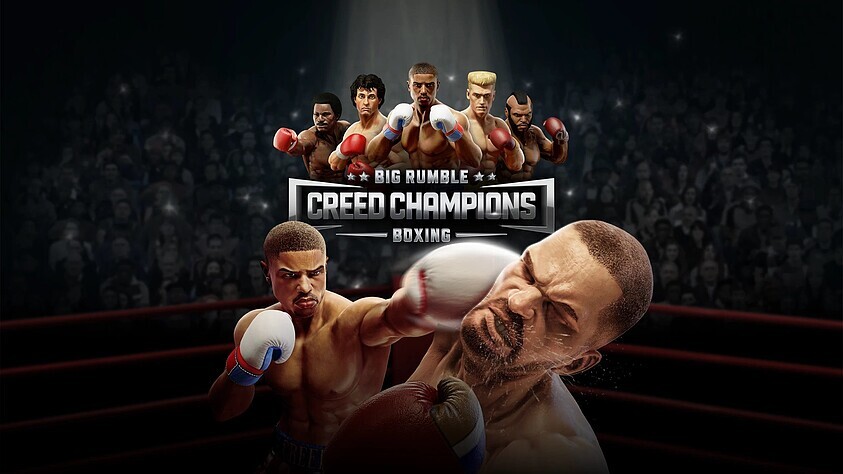 Big Rumble Boxing: Creed Champions will be released in 2021 for PC and consoles. An appointment is still missing.

The game description: “In Big Rumble Boxing: Creed Champions, players slip into the boxing gloves of legends like Adonis Creed or Rocky Balboa from the most famous boxing film series of all time. Whether you fight your way through the ranks of the boxing leagues in arcade mode, your boxing skills in a classic Rocky training sequence or sending his friends onto the virtual boards in the gripping, local multiplayer mode – players can expect an action-packed arcade boxing experience of the extra class. “

“We’re thrilled to be entering this new retail publishing partnership with Koch Media on our first classic game project, Big Rumble Boxing: Creed Champions,” said Seth Gerson, Survios chief executive officer. “Koch Media’s extensive expertise when it comes to bringing great games to retail supports our efforts to make cross-reality games accessible to even more console and PC gamers around the world. That makes Koch Media a perfect partner for Survios and an iconic film franchise like Rocky and Creed. “

Stephan Schmidt, Director Global Partner Publishing at Koch Media, adds: “We at Koch Media are delighted to work with a partner like Survios and to support them with our local publishing offices around the world in entering global markets. Our global and local teams will work closely together to provide support for all marketing and publishing efforts. There is always something special about being able to work with a well-known licensed IP and this is clearly the case with Rocky and Creed. “

Robert Marick, Executive Vice-President of MGM Global Consumer Products & Experiences, said: “We’re excited to be working with Koch Media and Survios to bring Big Rumble Boxing: Creed Champions to console and PC platforms. Fans of the Rocky and Creed films will step into the ring with great pleasure in this fast-paced boxing title and fight for the title. “