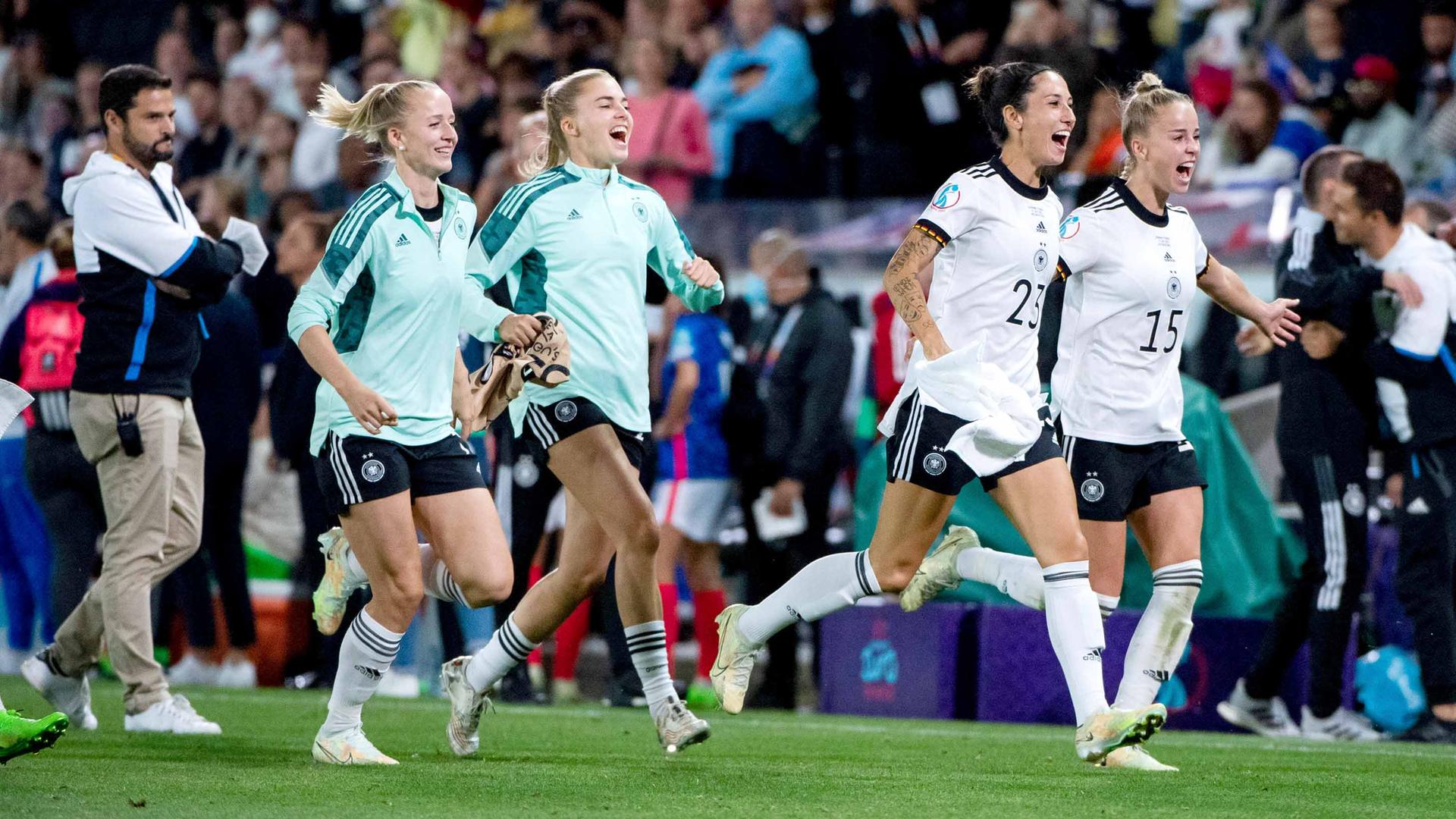 Big reception planned for the DFB team on Monday in Frankfurt | hessenschau.de

Big station for Laura Freigang and Co.: When the German national team returns from the European Championships on Monday, there will be a party in Frankfurt – with or without a trophy, but in any case without Lord Mayor Peter Feldmann.

Regardless of the outcome of the European Championship final against hosts England, the German soccer players will receive a ceremonial welcome in Frankfurt on Monday. After returning from London, the team of national coach Martina Voss-Tecklenburg will present themselves to the fans on the town hall balcony in the Römer in the afternoon, the city of Frankfurt announced on Friday.

The DFB selection will take on England in the final this Sunday (from 6 p.m. live on the first and sportschau.de) after the ninth European title. On the way to the final, the team remained undefeated and delighted millions of people with their performances.

Mayor Feldmann not present at reception

According to the press office of the city of Frankfurt, sports director Mike Josef (SPD) will receive the national players on Monday in the Römer. Mayor Peter Feldmann (SPD), who normally receives the invited guests on such occasions, is currently on vacation.

The 63-year-old had one after Eintracht Frankfurt’s Europa League victory Pokal-Gate caused a lot of irritation and is also facing a possible deselection.

The city of Frankfurt is meanwhile inviting fans to a free public viewing. The game on Sunday will be broadcast in the Frankfurt Arena on a 100 square meter LED wall and the video cube. A total of up to 4,500 seats are available, the city announced on Friday.