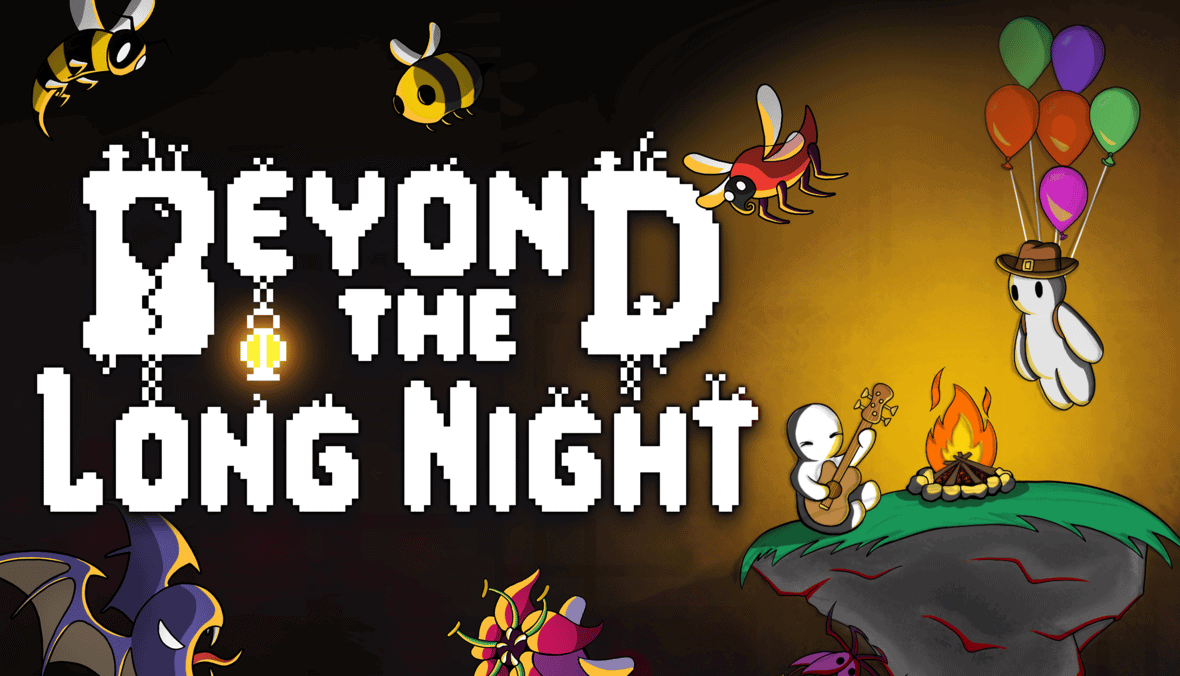 Yogscast Games is delighted to announce that they have teamed up with Noisy Head Games to bring the charming two-stick action roguelike-mystery Beyond the Long Night to PC and Mac in early 2023. A playable demo is now available for download on Steam for a limited time.

How many sound designers does it take to make an indie game? Well, Noisy Head Games is trying three. The studio, which met in Frontier Developments’ audio division, shares a passion for creating unique game worlds that sound as good as they look and are fun to explore.

Explore the dark mountain in an underground world full of monsters, mysteries and lovable characters as you puzzle, upgrade and fight your way through three randomly generated areas to avoid a deadly storm and escape to the otherworldly overworld. Uncover a trail of mysteries in an ancient kingdom of demigods and explorers trapped in an endless time loop.

Discover the mysteries of the dark mountain and learn more about the world every time you play. Solve mysteries and befriend the hill tribe as you travel underground to discover the true nature of the storm. Complete side quests and follow their stories over multiple playthroughs. Acquire, stack and combine powerful upgrades to deal damage to your enemies.

“Beyond the Long Night is a great game,” said Simon Byron, Director of Publishing at Yogscast Games. “Ever since I first saw the game, there was something magical about it. The atmosphere, the sound and the constant need to push to the surface – the game welcomes you and pushes you through with a wild yet charming force.”

“I was inspired by being stuck inside during COVID and wanting to get out, and that feeling is reflected in Beyond the Long Night to reach out to the outside world again,” adds Steve Hollis, founder of Noisy Head Games. “I wanted to create a mix of sneaky and adventurous puzzle games that would keep the player moving and thinking.

“I used to do all sorts of programming and audio-related things at Frontier Developments before going full-time on Beyond the Long Night in early 2020,” Hollis continued. “The game is being developed by myself and two sound designers, Ross and Pablo, who I used to work with at Frontier. That means 100 percent of the team developing the game are audio game developers – a record I think.”

What is your opinion on this topic?