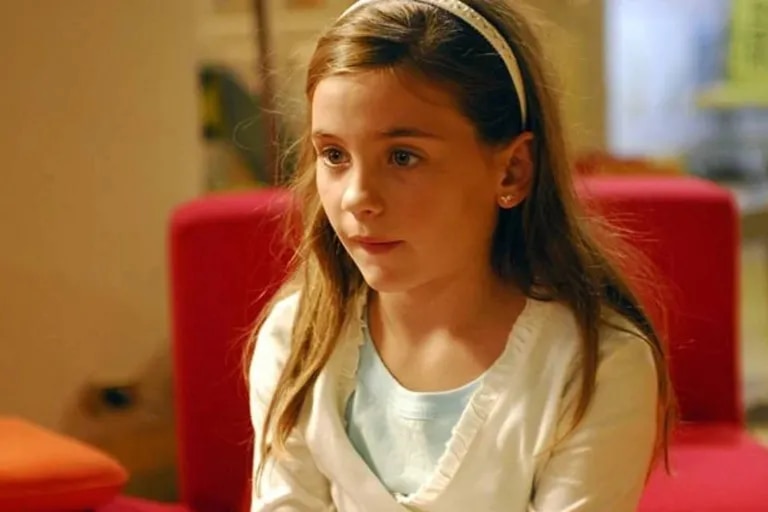 Between medicine and the desire to act again: this is how Florencia Cagnasso, Luz de Casi Ángeles, is today

Magic, love, orphaned children and lots of music. Everything that the world of Cris Morena offered became a success. The production company set fire to the generation of thousands of young people: some as viewers and others as artists. They all had the common desire to be part of these stories. Florence Cagnasso I was one more of that group of boys who danced and sang songs from soap operas in front of the television. At only 7 years old, she was clear that she wanted that game to become her reality.

Flor told her parents that her dream was on the small screen. Supported by them, who accompanied her on her way, she entered a press agency. Between dreams and games, she began to make advertisements. But The big moment came unexpectedly and very quickly: Cris Morena saw her in a picture in the newspaper and called her for her new big project.

“From that moment, I started Cris’s dance and acting workshops”the now 23-year-old told THE NATION. His greatest longing was beginning to collect its share of reality. The lights, the costumes, the set and the magic of TV began to be part of her days. After this stage of preparation between camera tests, choreographies and interpretations, finally welcomed the ambitious new project, Juvenile, after the overwhelming success of Rebelde Way.

Being so young, she fulfilled her dream by being part of the cast of Almost angels (Telephone). For two seasons she shared her filming days with then-teenagers Lali Espósito, Eugenia la ‘China’ Suárez, Peter Lanzani, Gastón Dalmau and Nicolás Riera, who stole all eyes on the art scene from the moment to the present.

The success was overwhelming. Her role as the girl Luz filled the screen with tenderness and the adult version of her was evil personified in the fourth season. Fame began to be the friend of the then eight-year-old actress. “I thought it was really funny because in the first season I used to wear dresses in the old lady style,” he recalled. by referring to the fact that her character lived in a fantasy world that they invented for her to isolate her from society.

During the first two seasons, the recordings were intense and like all child actors, he divided his days between work and school. Always with the great support of his parents, he fulfilled all his responsibilities. And, although he decided to pursue his acting career, the results were not what he expected. The castings did not have the same result after her work in Almost angels and little by little that dream was left behind and occupied by school activities, sports, outings with friends and his beginnings at the University.

However, the fans of the juvenile novel did not forget it and that is reflected in the number of followers.s of Instagram, which increased in recent times due to a specific event: the reissue in 2020 of the first chapter of the fiction of which he was a part. “I took a course to enhance my accounts and the management of social networks. Truth is I loved it”he said, highlighting how he resolved this wink from the public.

A fan of the world of fashion, make-up and modeling, Flor found a streak in combining her popularity with her passions. Youtube, Tik Tok and Instagram became her great allies to communicate her knowledge.

“I love taking photos and videos. I did a self-makeup course but already with knowledge and to learn new things. On Almost angels I learned a lot. The first makeup was given to me while I was recording the novel. I got along very well with the makeup artist and the hairdresser, they taught me a lot. When I had my birthday they gave me the first products I had, ”she recounted.

With a big smile that conveys calm and joy, Flor earned even more love from her followers, who await her videos with tips, blogs and trends in the world of fashion.

Currently, from the cast that gave him fame, he maintains a relationship with Guadalupe Antón (Alelí), Tomas Ross (Cristóbal) and Nazareno Antón (Monito). Coincidentally, all of them started to have a huge presence on social media.

His time on television was brief but intense. “I loved it, I enjoyed it and it gave me many tools and I like to be recognized for the role of Luz, but I also want to be recognized for what I do now”explained the young woman, who sometimes receives criticism for not talking so much about her time in the popular strip, something that clarifies that it is not something she has already done.

His warmth in front of the camera and the teachings that acting left him, such as his ease when speaking, today they lead her to think about returning to the ring and improve in the profession. His ideal project would be to film a movie, since the days of recording a daily strip would not be compatible with studying for a Medicine degree He is studying at the National University of Buenos Aires.

Florencia visualizes at some point uniting her two passions, driven at the same time by the popularity she gained on the networks. Now, he dreams of advancing in his career and combining the path with his facet as an influencer.

See also  Third dose, WHO attacks: "This way the pandemic does not end"