The great success of titles like ‘To all the boys I fell in love with’ or ‘My first kiss’ made it clear that Netflix had found a niche to exploit in Romantic comedies. Several proposals in that line have come down to us since then, but the platform has made it clear that those two films were special by announcing their respective sequels very soon. In fact, we now know that both are going to be at least a trilogy.

For my part, I think that ‘To all the boys I fell in love with’ is much better than ‘My first kiss’, since this last one went from more to less until it ended up being mediocre, and that being generous. For this reason, he did not have too much hope placed in ‘My first kiss 2’, since even his own title sounded a bit joking. However, I have found a continuation superior to its predecessor no matter how closely I follow the main lines of this type of sequel.

The perfect match on trial 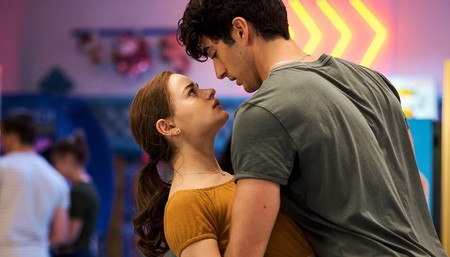 As already happened in ‘To all the boys: PD I still love you’, the formula adopted by ‘My first kiss 2’ is that of put to the test the apparently perfect couple formed by its two protagonists. The first installment is the story of how they ended up together and in the second it is time to explore if they are really destined to end together or if, on the contrary, she can find someone better to reign in her heart.

This allows ‘My first kiss 2’ to also question the feelings of fans of the couple formed by Elle (Joey King) y Noah (Jacob Elordi), but the first hit of the script written by Vince Marcello and Jay S Arrnold is not to overload the inks in showing the most negative side of the boy in the saga. In the sequel to ‘To all the boys I fell in love with’ they did have a little more impact on that with the character played by Noah Centineo, thus weakening the credibility of the more than probable reconciliation. 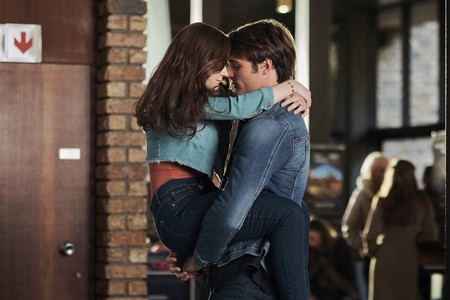 Here that is something that is best measured, giving enough reasons for her to weigh the possibility of leaving Noah behind, who has gone to study at Harvard, and embrace the irresistible temptation that Marco supposes (Taylor zhakar perez). In addition, the film makes good use of humor so that one understands that she can focus on it instead of letting the viewer assume that the protagonist is so wonderful that any boy would surrender at her feet.

In addition, ‘My first kiss 2’ also solves another conflict point of the first installment without giving up continuing to explore the path of problems derived from the incredible friendship that unites Ella with Lee (Joel Courtney). And it was that it became harmful in an uninteresting way, while here it is handled more fluently to create another conflict that we all know how it will be resolved, but that does not mean that it offers what lovers of this type of proposal are looking when they approach a tape of this nature. 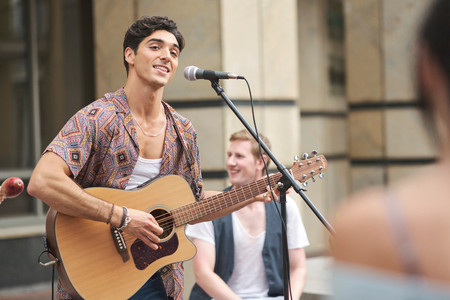 In other words, one of the keys for ‘My first kiss 2’ to surpass its predecessor is that knows how to handle his characters, both those already known and those that appear for the first time. Obviously there is no development with great depth or something to be remembered, but the requirements are fully met so that this romantic pastime aimed at the youth audience can be enjoyed by a much broader spectrum of audiences.

It is also appreciated that everything related to the love of the protagonist for the dance video game, both for distancing her from the more syrupy approach of this type of productions and for the effective subplot that connects her academic future with a contest that is organized. And they also know how to take advantage of it to enhance that new romantic interest without feeling so forced that it is impossible to connect with what is happening.

That does not mean that ‘My first kiss 2’ is a tape that it totally fits into the formula one would expectBut that is only really negative if, in addition, its stakeholders approach everything with laziness. Here everyone meets with professionalism, especially the members of their cast, to invite the viewer to let themselves go and enjoy the film, always having very clear what they want to achieve, no more and no less. That also means that along the way there will be some moments, being generous, questionable.

‘My first kiss 2’ not a big breath of fresh air for romantic comedy, but it is a film that meets the minimum necessary so that those who are not allergic to the more industrial side of this subgenre can have a good time. In addition, it solves part of the problems that caused the first installment to completely collapse as the minutes passed.

You can watch ‘My first kiss 2’ on Netflix