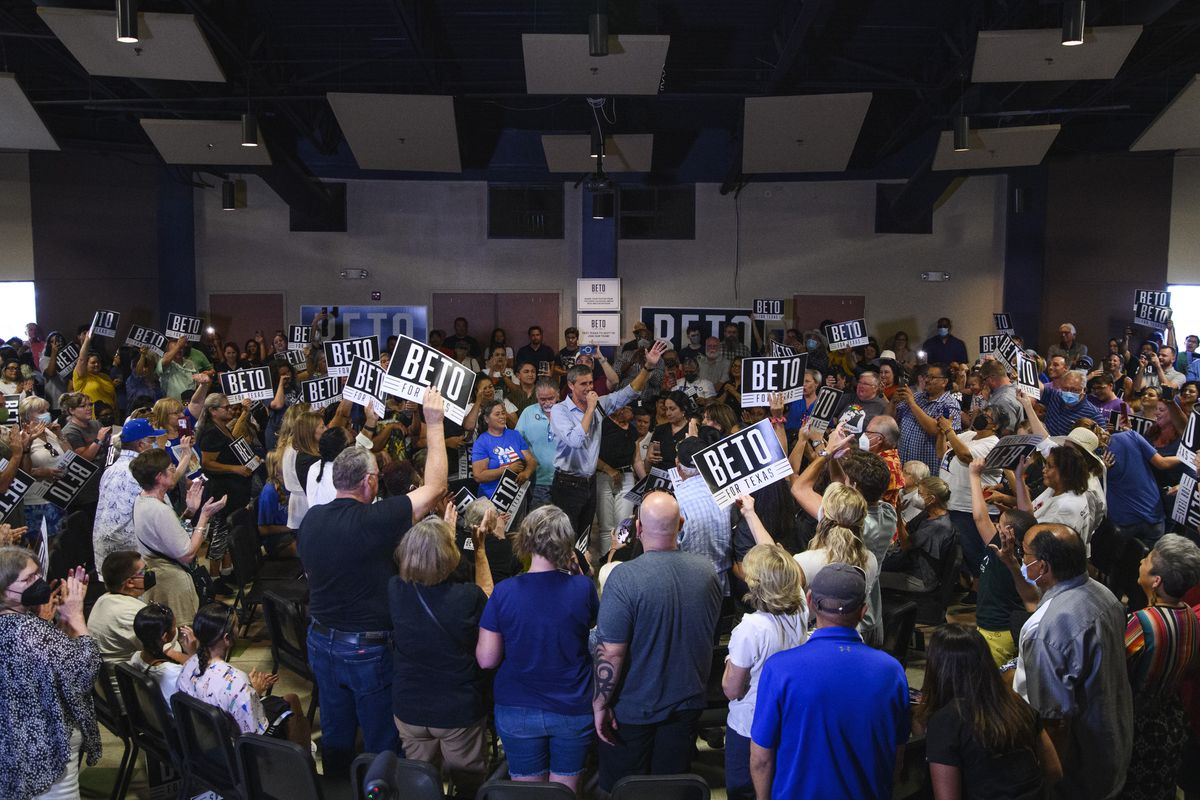 Beto O’Rourke: The Democratic Hope in the Closest Race for Texas | International

Democrat Beto O’Rourke says that punk concerts were always magical for him. “It was liberating for a weird and out of place kid in high school to be with people who didn’t feel like they should follow fashions, who had managed to escape the pressure to fit in,” the Texan politician writes in his foreword to STEP, a chronicle by the Spaniard Benjamín Villegas about the musical movement in the border city of the 1980s and 1990s. O’Rourke, who is running for governor of Texas in the elections next November, played guitar in various groups on the scene during his youth. Among them, one called Foss, where he coincided with Cedric Bixler-Zavala. Some time later, while Bixler-Zavala marked the era of North American indie-rock with the influential At the Drive In, O’Rourke, the son of a wealthy family, unsuccessfully ran for the presidency of the United States in 2020.

There’s still something punk about one of the country’s most recognizable Democrats. He has closed the gap in the election race he is embarking on and is six points behind Gov. Greg Abbott, according to the Real Clear Politics polling average. Texas hasn’t had a Democratic governor in nearly three decades, and the impression is that if anyone can do it, it’s the 49-year-old rebel O’Rourke.

One of his highlights came in May, when he interrupted a press conference Abbott was giving in Uvalde just hours after an 18-year-old boy killed 19 children and two teachers at a school with an assault rifle. “This is your fault, it’s time to stop the next slaughter and you’re doing nothing,” he told Gov. O’Rourke, a former congressman who was in Washington for six years and is in favor of gun regulation. In his brief presidential campaign in 2020, he suggested the government should ban assault rifles and take them off the streets. Uvalde’s words sparked anger among senior Republicans, who last year eliminated the need for a permit to carry a gun. “You’re a sick son of a bitch,” the conservative mayor of a city stained by tragedy told him.

“That press conference was a cathartic moment,” says César Martínez, an advertising, media and entertainment consultant. marketing politician with 25 years of experience. “Time has proven him right, because now the Republican idea that there is nothing better against a bad guy with a gun than a good guy with a gun has been dismantled. There were dozens and dozens of good guys there who couldn’t beat the shooter,” says Martinez, who campaigned for Rick Perry and George W. Bush in Texas.

Martinez believes that the lucky stars of Abbott, who has been in office for seven years and is seeking a third term, has begun to decline. His approval went from 56% in April 2020 to 43% last June. The idea of ​​renewal is beginning to be on the minds of voters in a State of 30 million inhabitants whose electoral dynamics have changed a lot. Big cities like Houston, San Antonio, Dallas, the capital, Austin, and El Paso, are Democratic strongholds. Rural Texas remains deeply conservative.

O’Rourke seems called to capitalize on the discontent. And not just because of the widespread unrest caused by the repeal of abortion, whose prohibition in Texas was promoted by Abbott and his attorney general long before the Supreme Court decision. Also because of the local issue with the greatest impact: failures in the electrical network. These left four million homes without power in February 2021 and caused 246 deaths during the worst winter storm in the history of the State. O’Rourke has admitted that this convinced him to enter the race after two failed attempts: when he wanted to take the seat in the Senate from the controversial Ted Cruz in 2019, an election he lost by 215,000 votes (2.6%), and when he fought in the primaries for the presidential race.

“The issue of the electricity grid brings together several problems in one: the corruption of state politics and Republican leaders, who have received millions of dollars in donations from energy and oil companies, regulating the system and benefiting from a model that allows raising prices. prices if demand rises, creating an incentive to reduce supply,” explains Mike Siegel, a former Democratic candidate for Congress in 2020 and political director of Ground Game, an organization that champions progressive causes, such as the legalization of marijuana, another of the promises What has O’Rourke done if he becomes governor?

O’Rourke’s life has been marked by his return home. The son of a Democratic county judge who later switched sides and an antique store owner, Robert Francis O’Rourke first left El Paso to attend an all-boys boarding school in Virginia, near Washington. The young man then made the leap to Columbia University in New York, where he spent four years in which he had various jobs and ended up suffering from depression. He worked taking care of children, in an art moving company and on an Internet page for his uncle, Brooks Williams, one of his great influences for his bohemian life and for his taste in music. One day, his mother received a call. “I need to get out of here,” confessed O’Rourke, then 23. His family lent him money and he set up a digital design agency at home.

“I thought I would never go back,” he told the AP agency in 2019. Upon his return in 1998, he found “a reason for being” that he did not have in the East. She also found love on a blind date. Amy Sanders had recently arrived in the city, and O’Rourke took her to Juárez, Chihuahua, on the Mexican side, to see the half of El Paso hidden behind the border wall. Sanders’ father, William, is a businessman and one of the richest men in the region thanks to the real estate company she founded, Jones Lang La Salle. His mother-in-law has been instrumental in attracting donations to his political campaigns, which began in 2005, when he entered the State Council.

Money is vital to winning Texas, one of the jewels on the US electoral board. In four months, O’Rourke has raised 27.6 million dollars (about 26.9 million euros), a record. The Democrat has surpassed his rival in donations received, although he claims to have more money in the coffers, 45.7 million compared to 23.8 million, according to the most recent report presented at the local ethics commission.

The funds, Siegel explains, are needed to build voting infrastructure in Democratic cities. “If we increase participation by 7% in five or six cities, we can get about 30,000 more votes in each city, which could give us a good chance of Beto winning,” she says. The betomania experienced during his campaign for the Senate made 200,000 people join the Democratic Party.

The key will be in Latino voters, a population that represents 40% of Texas. “Especially in the area of ​​the Rio Grande Valley (Río Bravo). Much of that vote in the last presidential election went to Donald Trump, so Beto, who speaks very good Spanish, should go campaign there,” says consultant César Martínez, who believes that the debates (still undated) will be the great moment for O’Rourke to achieve the overtaking.

Although the charismatic politician is making Democrats dream of caressing the impossible, Siegel prefers to be cautious. He says experts in Washington estimate Texas won’t change course until 2026 or later, in part because Republican control has allowed them to shift electoral districts and make it harder for minorities to vote. “The Republican party has invested in Texas for 40 years and the Democrats have not. If you look at what has happened in Georgia and Arizona (states that recently changed from Republican red to Democratic blue), they are 15-year processes. When has the clock started ticking for us? Probably in Beto’s campaign for the Senate in 2018. With that point of view, it is not realistic to expect a victory before 2027.