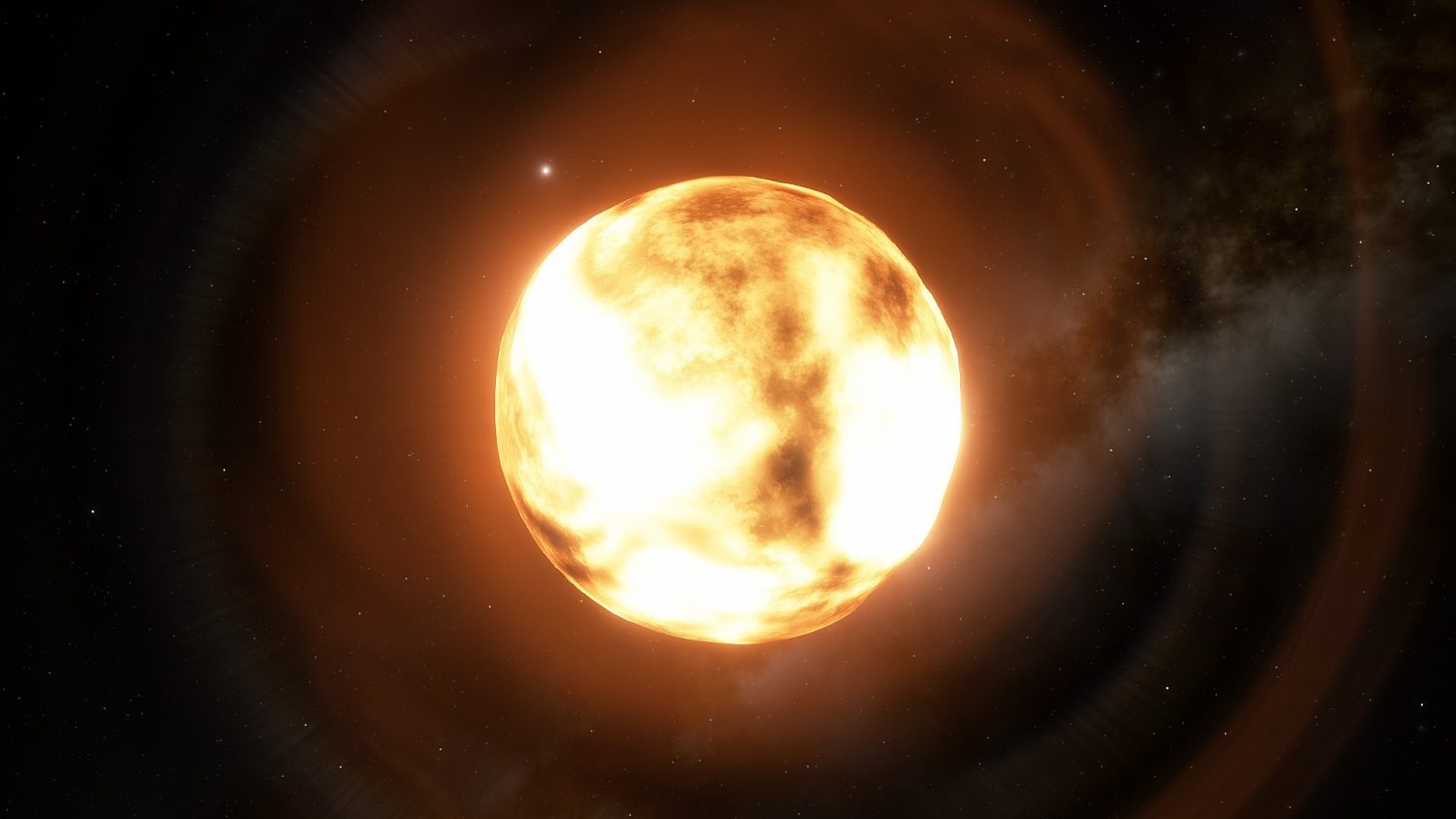 The star, which belongs to the category of red supergiants – is which is visible to the naked eye, in the constellation Orion – had started to lose its luminosity in the fall of 2019, and not just a little: between a quarter and a half, according to the various estimates that have circulated. Normally, the explanation would be simple: a star only gives the illusion of being less bright, because “something” passes between it and us. One of its planets, for example.

But no planet could have been big enough to explain what was observed there during the last months of 2019 and the first two months of 2020. To the point where more daring assumptions have been raised: maybe that ‘ an extraterrestrial civilization is building a “shell” around its star? As well as a more “natural” hypothesis, but a bit disturbing: perhaps Betelgeuse is on the verge of becoming a supernova, that is to say a star which ends its life in a gigantic explosion? A scenario which, after all, is “predictable” with a star as massive as a red giant which is, by definition, at the end of its life. Except that, in the language of astronomers, “predictable” means in the next 100,000 years …

The culprit is more prosaic: according to the team of astrophysicist Miguel Montargès, who studied this star from the Southern European Observatory (ESO), in Chile (the Very Large Telescope, or VLT) and which publishes his results June 16 in the review Nature, it seems that it is an immense cloud of dust which temporarily enveloped Betelgeuse. But this cloud did not come out of nowhere: he was produced by the star itself, in an enormous “eruption”, on the scale of what this giant star is (887 times the size of our Sun). The gas it ejected cooled on contact with outer space, and condensed into solid particles large enough to have this impact visible to us, nearly 700 light years away.

The scenario is at the same time a little more complicated, and the experts admit that they do not yet have all the pieces of the puzzle. For example, changes in temperature at the star’s surface probably play a role in the circumstances of the eruption, and it could, according to one hypothesis defended by another team, at Villanova University, that the eruption originated in a “cold” region, months before the fall of 2019.

See also  Bloober Team: Three of their games are leaked, apart from the collaboration with Konami

In any case, this is indeed what astronomers speak of when they evoke “stardust”: made up of chemical elements heavier and more complex than hydrogen – aluminum and l oxygen, for example – these elements will one day be found in asteroids, comets and planets … and perhaps in beings who will gaze at the sky with curiosity, wondering why then this strange star is suddenly become less brilliant …