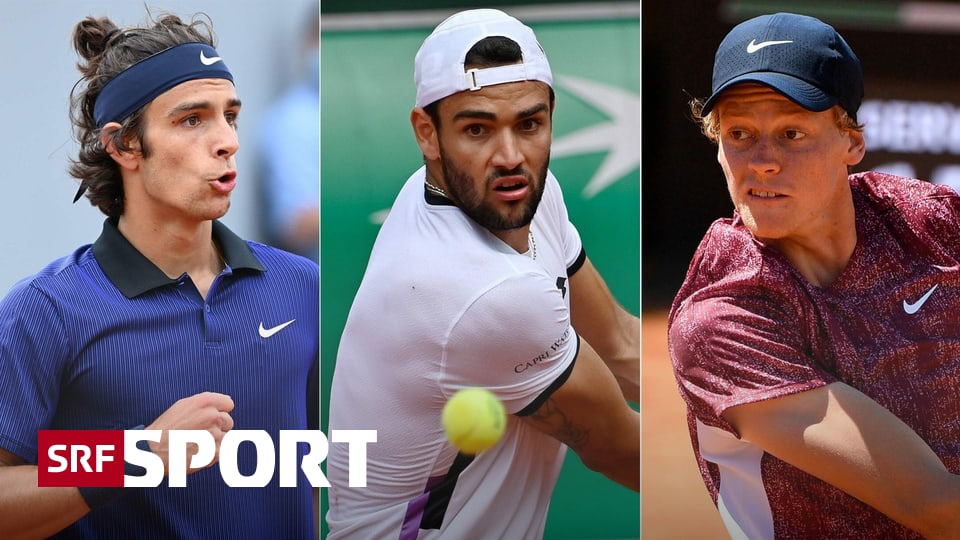 With Matteo Berrettini, Jannik Sinner and Lorenzo Musetti, 3 Italians are in the 2nd week of a major tournament for the first time.

There is a novelty at the French Open: For the first time in the history of the Open era, 3 Italians are in the men’s table in the 2nd week of a Grand Slam tournament.

Matteo Berrettini (ATP 9) has even advanced to the quarter-finals without a fight after Roger Federer broke the duel on Sunday afternoon after his previously exhausting match against Domink Koepfer.

The hurdles for the remaining duo are high: Jannik Sinner (ATP 19) and Lorenzo Musetti (ATP 76) challenge the “Big 2” of tennis with Rafael Nadal and Novak Djokovic.

Most of the sensation from the Italy Connection caused Musetti, who for the first time really played himself in the limelight in Roland Garros. The 19-year-old, who now meets Djokovic, is writing his own fairy tale:

So Musetti has nothing to lose against Djokovic on Monday, but a lot to gain. The Italian will play his 4th Grand Slam game – that is 348 (!) Games fewer than Djokovic has already played at major level.

Lorenzo is an incredible player. He has a lot of talent, maybe more than me.

Sinner has been in the spotlight for a little longer. The 19-year-old also won the title at the next-gen finals in 2019 and met Rafael Nadal in Paris a year ago. There he lost in the quarterfinals in 3 sets.

Sinner, the youngest Italian to make it into the top 20 in the world rankings, says of Musetti: “Lorenzo is an incredible player. He has a lot of talent, maybe more than me. He can actually do anything with the tennis ball. “

Berrettini the «oldie» from the trio

The most experienced and oldest player from the trio is Berrettini at the age of 25. The already established quarter-final participant has been in the top 10 of the world rankings since October 2019 and is the 1st Italian player to celebrate a victory at the ATP Finals (2019 against Dominic Thiem).