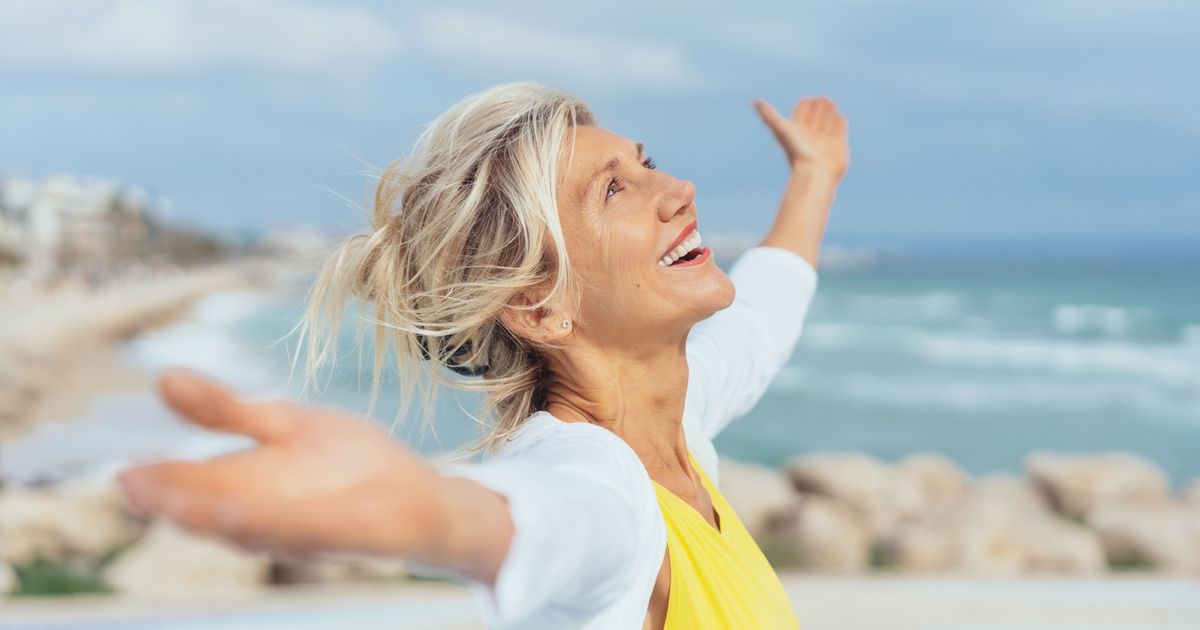 Belly fat: healthy during menopause – study shows what is important

The body mass index (BMI) is the most important indicator of our ideal weight. A study now shows that other factors are more important, at least for women going through the menopause.

In their study, which was published in the “European Heart Journal” at “academic.oup.com”, the scientists found that women with the same BMI can nevertheless have a very different risk of cardiovascular disease.

The reason for these individual deviations is to be found in the distribution of fat deposits in the body. If the fat pads are more on the legs, the risk of a serious illness is therefore much lower than with abdominal fat.

Long-term study with thousands of women going through the menopause

For the long-term study led by Quibin Qi, who teaches medicine at the Albert Einstein College in New York, a total of more than 2,600 menopausal women were examined. The women were recruited to take part in the studies in the 1990s and their health development was then followed up to 2017. Around 300 participants in the test developed cardiovascular disease during this time.

A more detailed evaluation showed that the disease mainly affected women who had very little fat on their legs but a lot of fat in the waist area. These women with an “apple-shaped” body were found to be three times more likely to develop the disease than those who had a slim waist but had a high proportion of fatty tissue in their legs (“pear-shaped body”).

Perhaps even more amazing, women with the most fat on their legs had a 40 percent lower risk of having a stroke or developing high blood pressure than women with very little fat on their legs. The weight and BMI of the women in the various risk groups could well be identical!

As Qi puts it: “Our research suggests that menopausal women, even those of normal weight, have very different risks of cardiovascular disease because they have a different distribution of fat between the abdomen and legs. So, in addition to general weight control, people should also pay attention to the local fat distribution – even those who have a healthy body weight and a normal BMI.”

At the same time, the scientists advise all doctors to pay more attention to the fat distribution in their patients in addition to the usual determination of the BMI, especially since a high muscle mass falsifies the result.

You want to burn your belly fat? Here are the top exercises!

Belly fat away: With these exercises for home it works!

Off to six-pack training: With targeted exercises against belly fat

To reduce the risk of stroke and other heart or circulatory diseases, women should try to reduce belly fat. With suitable physical exercises, for example a lot of endurance sports or alternating leg lifts on the mat, it is possible to effectively improve the waist-hip ratio. At the same time, it is difficult to ensure that fat accumulates in the legs. Here genetic factors played the decisive role.

See also  The dark side of medicine in Monterrey ... and in Mexico too

It is still unclear to what extent the study results can also be transferred to younger women and men.