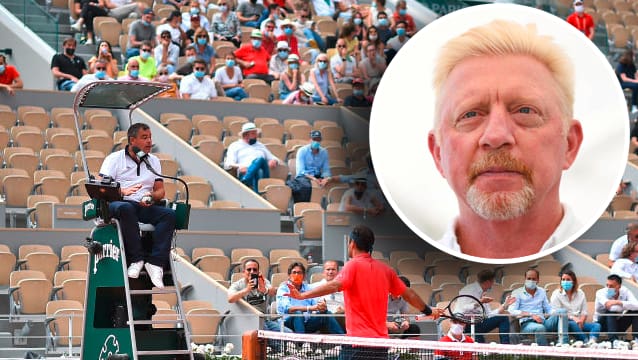 It is an unusually tense situation that is playing out on the Philippe-Chatrier court on Thursday: When Marin Cilic (ATP 32) wants to serve in the second set of the second round match against Roger Federer (ATP 8), he has to wait a moment for the Basler, because he ran to the edge of the field again to wipe the sweat from his face. A moment too long, judges chair arbitrator Emmanuel Joseph and admonishes the 20-time Grand Slam winner. This is followed by a heated exchange of views between the 39-year-old and the referee, and at the end even Cilic joins the discussion. Almost three minutes later, the game continues, Federer wins in four sets.

After the game, the world number one commented on the incident: “To be honest, I was a bit shocked and surprised that that happened. For a long time I didn’t understand why I got a warning at all. ” In the end, however, he is conciliatory and describes the dispute with the referee as a “mutual misunderstanding”.

“That’s not a good rule”

With Boris Becker and Mischa Zverev, two other tennis aces join the towel debate on Eurosport. “I’ve never seen Federer like this before,” says Becker. The 53-year-old would like a little more instinct from the referee.

Zverev also agrees. And shows understanding for the reaction of the French Open winner of 2009: “That was not a good decision by the referee and that is not a good rule. If you end the point on the net and go to the baseline, that alone takes about ten seconds. ” Therefore it must be allowed to get a towel. In addition, according to Zverev, the Swiss is one of the fastest players on the tour. “It only takes him five to ten seconds to start the next rally. If he gets a time violation without wasting a lot of time, then something is definitely wrong with the rule. ” (Tim)