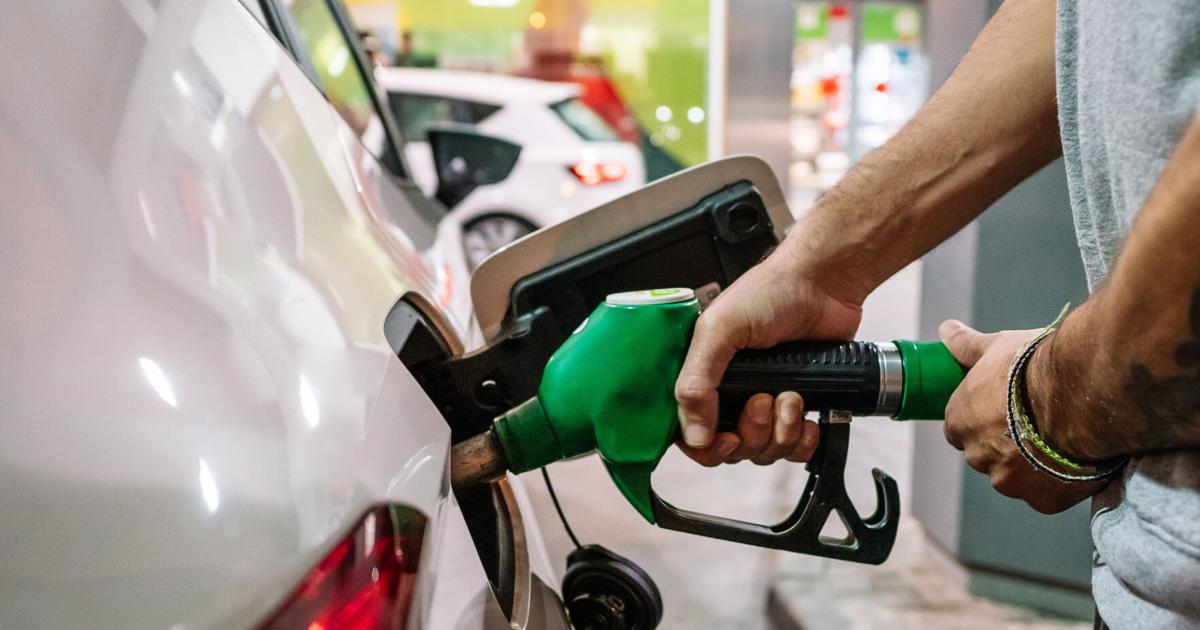 Because the hope of paying less for gasoline vanishes | Others

If you are one of the consumers who thought of paying less than a dollar for a liter of regular gasoline, know that this possibility could vanish at the end of this month, when the moratorium on the gasoline tax or the “crudita” expires, whose extension is not contemplated at the moment.

“At the moment, the date (of termination of the moratorium) is what the legislation contemplates. We will continue to be vigilant as the price of gasoline is falling, fortunately,” reported the La Fortaleza Press Office, in written statements to THE SPOKESPERSON.

According to Carlos Crespopresident of the Committee of Gasoline Stations of the United Center of Retailers (CUD), the possible elimination of the moratorium on crude oil could once again raise the price of a liter of regular gasoline at the pump, between $1.10 and $1.14, in the best of scenarios. He said that would be the average price if a barrel of crude keeps the cost below $100, as it is today.

Regarding the possibility that the price of a liter of regular gasoline could be below the dollar before the moratorium ends, he does not see it as possible.

“Today, the cost of the retailers hovers around 99 cents, to which you have to add the five cents of profit, which raises the price to the pump level at $1.04. Seeing the price below the dollar is not going to be seen yet, much less if they eliminate the moratorium on crude oil at the end of this month,” Crespo stressed.

As for brands like Ecomaxx, which has gas stations that have kept the price of a liter of regular gasoline -for the last two days- at 98 centsthe also retailer assured that it is necessary that the secretary of the Department of Consumer Affairs (DACO), Ethan Riverafind out if it is a promotion or some kind of commitment, since according to the same sales prices published by the agency, the wholesaler sold the wholesalers of said brand at 99.7 per liter of regular gasoline.

“The question here is why they can sell cheaper than the wholesale price. We are talking about unfair competition from the wholesalers who sell to these joberos,” said Crespo, although he acknowledged that it is not an illegal practice.

He explained that The so-called joberos are independent retailers who buy directly from wholesalers at prices lower than those prevailing in the market. Practice done under a bulk gallon purchase agreement. This sector represents between 15% and 20% of the total capacity for gasoline sales on the Island.

“Many of these joberos have high-gallonage tanks and trucks that allow them a large storage capacity that we do not have. However, joberos beat what they sell at a price equal to or lower than ours, so the price at which they are sold must be much lower than ours,” added Crespo.

Regarding the allegations, the head of the DACO stated that if retailers have evidence of practices that threaten free competition, they can go to the Office of Monopolistic Affairs of the Department of Justice.

“I do not like that. From the first day I arrived at the agency I have requested that the agency be provided with the claws to work in favor of free competition. At this time it is up to Justice, “said Rivera.

Regarding the Profit Margin Freezing Order, Rivera assured that once the validity of the Joint Resolution ends, -where his agency has no discretion to eliminate it-, he will evaluate it in light of the parameters that are governing the industry, to see if its continuity is justified or eliminated.

“There is a month left to decide that. Now the market is down, which is positive. However, it is a very volatile market, which we have to monitor, since there are events that could occur, which can affect the price of crude oil”, he explained.

For its part, Luis Sepulvedaexecutive director of the Gasoline Retailers Association, recognized that geopolitical events such as the possible conflict between Kosovo and Serbia, and the negative impact of the visit of the Speaker of the United States House of Representatives, Nancy Pelosi to Taiwan, could affect the price of gasoline.

“The volatility of the fuel market makes it impossible to ensure that the prices currently reported will be maintained. Right now it is reflecting a slight rise, which keeps the gallon above $3.05,” said Sepúlveda.

Yesterday, at the close of the market, a barrel of oil was placed at $91.33, equivalent to $3.09 less compared to Tuesday’s close in New York.

According to reports from the Department of Energy, the behavior of the market has been due to a decrease in demand. Meanwhile, the Federal Treasury Department attributes it to an increase in supply as a result of the sale of oil from the strategic reserve of the United States and other countries. Other analysts point to the fear of a possible recession.

At the end of July, fuel supplies in Puerto Rico were approximately 20 days for regular gasoline (close to 70 million gallons); 33 for the premium; and 58 for diesel, according to DACO data.

Receive more information about this and other news. Click here if you are an Android or iPhone user.