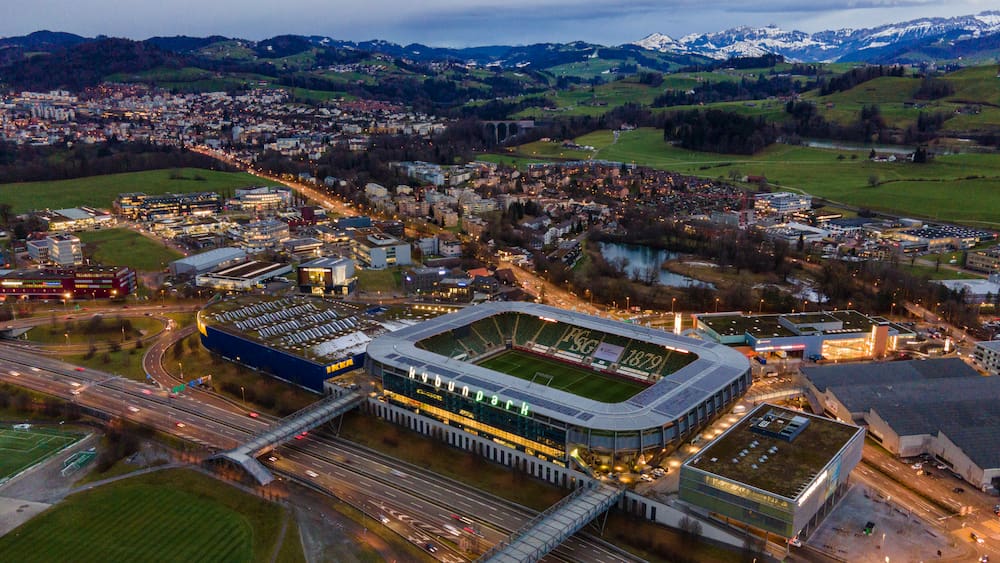 Because of the football stadium: St. Gallen has no drinking water in an emergency

On Tuesday, the St. Gallen City Council published a report entitled “Does the city have water in an emergency?” released. The short answer: no. The document shows that if lake water could no longer be treated and pumped up to St. Gallen, the city would only have drinking water for just under 20 hours. The reason for this: the football stadium of FC St. Gallen and a shopping center like the «St. Galler Tagblatt» reported.

Fungicide in the water comes from Stadion

Since the construction of the stadium and the shopping center in Breitfeld, groundwater can no longer be pumped due to settlement pressure and pollution.

The fungicide chlorothalonil was detected in the groundwater in St. Gallen, much more than is legally permitted. The water is therefore no longer considered drinking water. The chlorothalonil probably comes from the football stadium of FC St. Gallen, where the lawn is treated with it.

The 80,000 inhabitants of St. Gallen are mainly supplied with water by a lake waterworks in Frasnacht TG. From there, water from the plants in Arbon TG and Rorschach SG can also be pumped up to St. Gallen.

But if Lake Constance were contaminated or the power went out, the city in eastern Switzerland would have a problem, as the city’s groundwater supply would fail. But there are already first solutions.

New lake waterworks as a solution

A new lake waterworks is under discussion. With today’s technology, this could make the water in Lake Constance drinkable even in the event of contamination. In this way, one could also counteract any changes in the water, for example due to climate change.

In order to guarantee the water supply even in the event of a power failure, a powerful emergency power system will be installed in the lake waterworks in Frasnacht. This is how the city of St. Gallen received its drinking water despite the blackout.

See also  Fitness center: staff at the limit due to certification requirements

A new lake water plant with pipes and filter halls would cost around 40 million Swiss francs. The goal is to have the plant completed by 2027. But first the shareholders of the waterworks operator, the Regional Water Supply St. Gallen AG (RWSG), have to vote on it.

Not all twelve St. Gallen communities that make up the group of shareholders of the RWSG are equally dependent on a new lake water plant. Some of them can also draw on water from springs or aquifers.

The new waterworks are to be built in Goldach SG. The city of St. Gallen already owns a piece of land by the lake there, which is in the right building zone for a lake waterworks. (obf)