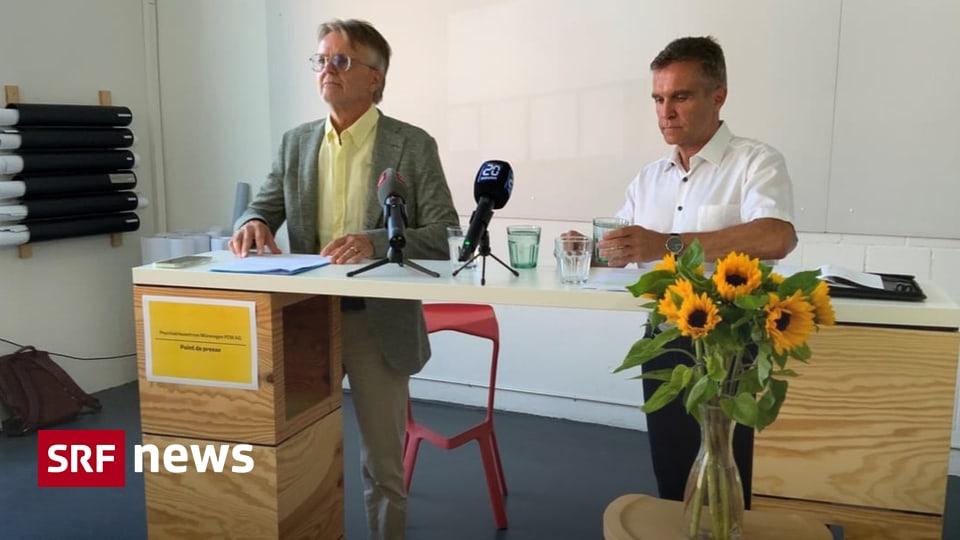 For several years, two psychiatrists who belonged to the sect-like cherry blossom community worked in the Münsingen psychiatric center. In addition, the daughter of the cherry blossom founder worked at PZM: The revelations of the “Beobserver” and the SRF regional journal Bern Freiburg Valais in February 2022 brought one of the largest clinics in Switzerland in need of explanation.

Because the medical director of the clinic for depression and anxiety of the PZM, Thomas Reisch, had hired the psychiatrists personally and has to go because of the cherry blossom affair. In addition, a “private relationship” with a person from the cherry blossom community.

Reisch has to go – no patients are affected

Now the PZM is taking the consequences and resigning from Reisch. This was after an external investigation identified a need for action and confirmed the research. However, the psychiatric center notes that no misconduct was found among the cherry blossom psychiatrists during their employment.

There is no evidence that unauthorized treatments or medications were used.

PZM Chairman of the Board of Directors Jean-Marc Lüthi said at the media conference: “No patient was harmed. In addition, there is no evidence that unauthorized treatments or medication have been used.”

This led to the dismissal of the medical director

According to the PZM, the problems surrounding the medical director Thomas Reisch had been known internally for some time. But they didn’t have any consequences for a long time. “The media reports were certainly a catalyst in the whole process,” says Jean-Marc Lüthi, PZM Chairman of the Board of Directors, to Radio SRF.

Reisch was an internationally renowned professor of psychiatry. Did the PZM bite inhibition take action against Reisch? That was a very big field of tension, a weighing of goods, says Lüthi: “Every person has their positive and negative sides. That also applies to managers,” explains the top PZM boss. Reisch made no mistakes under criminal or labor law. That is why an independent investigation was needed, which showed the corresponding need for action. Namely the dismissal of Reisch.

However, one clearly distances oneself from the ideas and therapy ideas of the cherry blossom community.

Management problems because of cherry blossoms

Clinic manager Thomas Reisch had informed internally that he was in a relationship with a cherry blossom woman. However, Lüthi emphasizes that Reisch himself is not a member. Exact details cannot be given: “This is about the protection of privacy. I can only say that it was a management problem,” Lüthi continued.

As a further consequence, the PZM no longer wants to hire members of the community for the time being. In addition, the PZM is creating an external, anonymous reporting point where whistleblowers can report possible grievances to the PZM.

What is the Cherry Blossom Community?

The Cherry Blossom Community was founded in 1996. According to their own statements, around 200 people who consider themselves part of the community live in the Solothurn community of Lüsslingen-Nennigkofen. This is around a fifth of the village population.

In the village, the community is not without controversy. For sect experts like Susanne Schaaf from Infosekta, the Lüsslingen community is considered a “sectarian group”.

The founder of the cherry blossom community was the psychiatrist Samuel Widmer, who died in 2017. The group lives by its own rules. According to the community, it is about self-knowledge about the questions of how each individual person really wants to live and about “the subject of sex, which is responsible for many mental illnesses, being addressed and removed from taboos, for example with tantric therapy. »

For example, the community propagates free love and practices therapies involving sex and drugs. The late founder Samuel Widmer had two wives and eleven children, and wrote in his books, among other things, against the taboo of incest. The cherry blossom community also kept authorities busy. Psychiatrist Samuel Widmer was investigated for allegedly using illegal substances in therapy sessions. The proceedings have been discontinued.

Another investigation commissioned by the Canton of Bern is still in progress. It is intended to show whether coercive measures such as isolation or restraints are increasingly being used in Münsingen due to a lack of staff. The SRF regional journal Bern made the allegations by employees public in March.