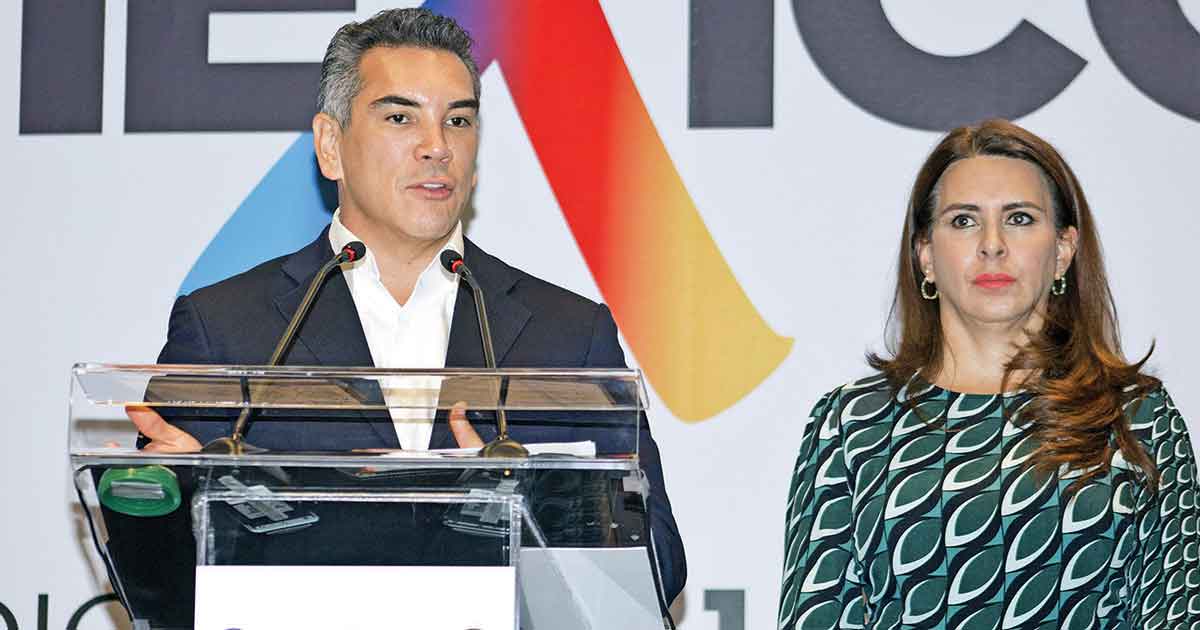 Battle breaks out in the PRI for Hidalgo; ‘Alito’ and Fayad get together

The national leader of the PRI, Alejandro Moreno Cardenas, he lashed out at the Governor of Hidalgo, emanated from the PRI, Omar Fayad, whom he accused of disloyalty and kneeling before the Morena government, after the state leader accused the party of handing over to the PAN the candidacy for the state government.

Governor, we are not going to allow him to give away the future of the families of Hidalgo, that is something he promised to take care of. His disloyalty to the PRI that brought him to power was evidenced by surrendering on his knees to the Morena government. Unfortunate role! ”, Wrote the national leader of the PRI in a series of three messages on his social networks.

Moments before, the governor of Hidalgo, Omar Fayad, also wrote on his social networks that “the Permanent Political Commission of the national PRI handed over the candidacy for the governorship of my state, Hidalgo, to the National Action Party; in an act to which I was not summoned, being a member of this same commission. “

He added that “this is another one of the many grievances that in the dark they have been doing to the militancy; the one that has maintained Hidalgo as one of the PRI strongholds of Mexico ”and announced that he will join the PRI members of Hidalgo who will fight that decision.

As a PRI, within the framework of the law, I will accompany those who have decided to fight for the democratization of the party and respect for state leaders and councilors, ”said the governor.

Moreno Cárdenas expressed that “the annoyance of Governor Omar Fayad responds to personal interests and never to those of the party. Over the last few years he has shown his submission and surrender to Power. We are not going to allow him to hand over the state of Hidalgo to Morena ”.

He added that “in the election of Hidalgo, the PRI will go in coalition with the PAN and PRD; It will have a candidacy that represents the three parties, but especially the citizens. Here there is no space to impose candidates destined for defeat, in exchange for impunity for those who are on the way out.

The national leadership of the PRI has listened to the demands of Hidalgo, so we reached agreements that allow us to win and defend what the families of Hidalgo have built with a lot of effort and work. Citizen interest will always be ahead of us, “said the PRI leader.

Although Governor Omar Fayad assured that he was not notified of the meeting of the Permanent Political Commission in which the decision was made that the candidacy in Hidalgo will be proposed by the PAN, there is an electronic witness that at 10:03 a.m. on October 28 December, the notice of the meeting to be held on December 29, via Zoom, was sent to his e-mail, for which he had to register at 3:00 p.m., in order to start at 5:00 p.m. with the meeting.

The information obtained by Excelsior is that the governor wanted Israel Félix Soto to be the PRI standard-bearer in Hidalgo, but the party agreed that it would attract the process, after agreeing to an electoral alliance with PAN and PRD in Hidalgo, Durango, Tamaulipas and Aguascalientes.

The candidate will be Carolina Viggiano, secretary general of the PRI, but she will be proposed by the PAN, as an external candidate, so that the state party structure, dominated by Omar Fayad, does not have interference in the alliance’s decision.

After the Permanent Political Commission of the PRI gave the National Action Party (PAN) the candidacy for the government of the state of Hidalgo, the state governor, Omar Fayad Meneses, accused that “I was not summoned, being a member of this same commission.” .

To all the PRI members who have shown their annoyance and outrage at this betrayal, I endorse my conviction of the principles and values ​​in which I believe and have forged myself ”, he spread on his social networks.

Fayad Meneses added that as a PRI, within the framework of the Law, he will accompany those who “have decided to fight for the democratization of the party and respect for state leaders and councilors.”

The PRI is not bad, the bad thing is the decisions of its leaders; They believe that the militancy does not realize this farce, that it only skips all the procedures to impose a candidacy through the National Action Party, ”he stated.

In response, the national president of the PRI, Alejandro Moreno Cárdenas, attacked the president, who pointed out that his discomfort is due “to personal interests and never to those of the party.”

In a message that he spread on his social networks, he affirmed that Fayad Meneses maintains Ecuador with Morena. “Over the last few years he has shown his submission and dedication to Power. We are not going to allow him to hand over the state of Hidalgo to Morena ”.

* In the following link you will find the latest news

See also  Triathlon: After a shoulder injury: Lange is aiming for a start in Hawaii