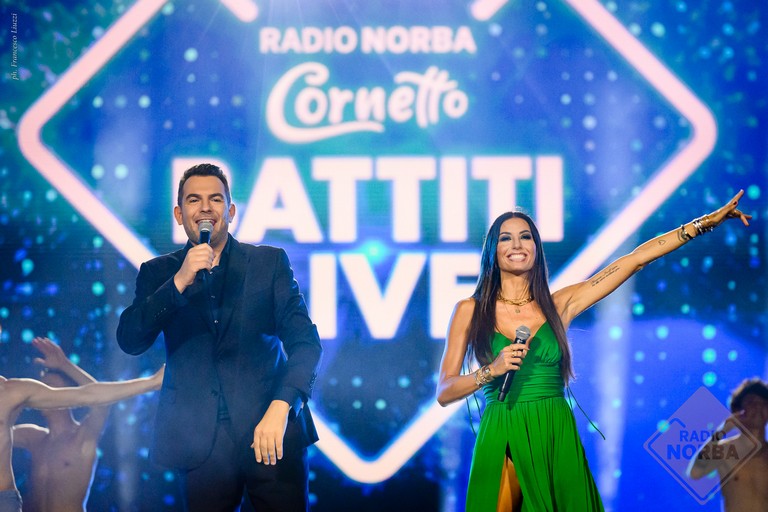 Battiti Live in Trani, over 30 artists for the grand finale

After the great success of the first four episodes, from Bari and Gallipoli, we are preparing for the grand finale of Radio Norba Cornetto Battiti Live, scheduled for Sunday 10 July in Trani, in the beautiful Quercia square, overlooking the port of the pearl of the Adriatic, with the background of the Cathedral on the sea.

A great cast for the last episode of the show hosted by Alan Palmieri and Elisabetta Gregoraci, with the participation of Mariasole Pollio. Television direction by Luigi Antonini, a ballet company led by Federica Posca, with the participation of, among others, Tommaso Stanzani and Nunzio Stancampiano, Christian Stefanelli and Cosmary Fasanelli from the latest edition of Amici.

Radio Norba Cornetto Battiti Live, live on Radio Norba and Telenorba starting at around 9 pm, is an event in partnership with Puglia Promotion and with very important international brands: Cornetto Algida is the title sponsor of the show for the second consecutive year, Tim is the main sponsor; gold sponsor and official technical supplier Givova and Chupa Chups and the startup Spiagge.it, which is innovating the beach services sector. Finally, the twentieth edition of Radio Norba Cornetto Battiti Live will be accompanied by top brands expressing the territory such as the Megamark Group with the Dok and Famila, Nuovarredo and Deliziosa brands. Official Hair Sponsor, Nouvelle Esthétique.

Admission to Radio Norba Cornetto Battiti Live is free. It is also possible to follow the event every day through the social networks of Radio Norba, with the hashtag #battitilive. More information on www.radionorba.it.