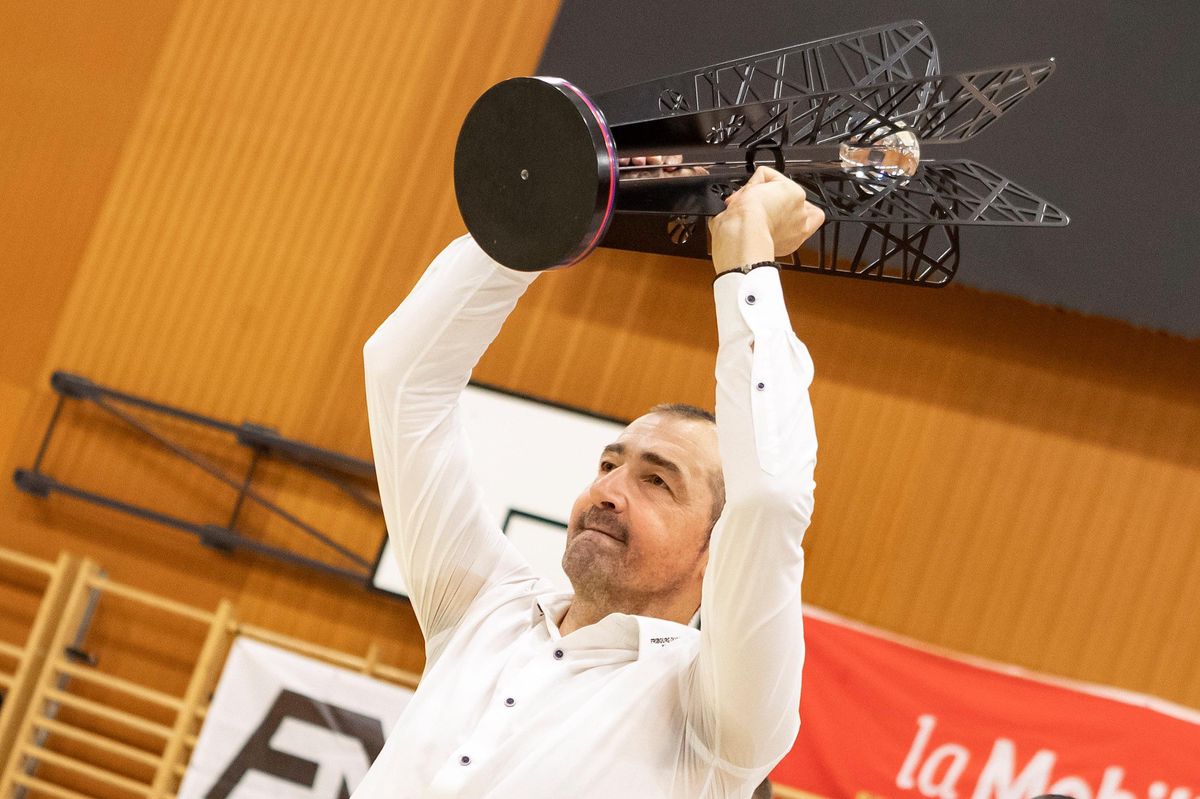 Basketball: Petar Aleksic: “Need to take up a new challenge”

Proud to have won his fifth championship title with FR Olympic, the fourth in a row, the Bosnian-Swiss coach opens the door to a departure, after 9 years of good and loyal service.

FR Olympic would not have become the ogre of Swiss basketball without Petar Aleksic. At least not in these proportions. On the bench since 2013, the Bosnian-Swiss coach is the architect of the club’s recent successes. This Saturday, in Neuchâtel, he gleaned a fourth consecutive league title, the fifth with that of 2016, and now totals 15 trophies with the Friborg club. “It’s great to share this joy with all these players who grew up with me, he reacted hotly on the floor of the Riveraine. Six years ago, we won our first title together here, in exactly the same place, and now we are probably completing a cycle in this same room. It makes me extremely proud.”

By publicly evoking the end of the cycle, Petar Aleksic casts doubt on his near future. After 9 years of fruitful collaboration, the time may have come to turn the page. In any case, this feeling grew in him. “My priority is to know how I can motivate myself. And now it’s very complicated, he says. I’m not against staying in Fribourg, but I feel the need to take up a new challenge. I think I deserved it. I have the qualities to coach elsewhere in Europe, but it is not easy to have a chance.

A release clause in his contract

Extended last June, Aleksic is still under contract with FR Olympic for one season. However, he benefits from a release clause in the event that the bench of a prestigious European club is offered to him. His departure would be a huge loss for Friborg and Swiss basketball. “We must give credit to Petar for everything he has done in recent years, pays tribute to the Swiss international Arnaud Cotture. Afterwards, I can understand the weariness, because it’s a lot of daily work. No matter what he decides, he will remain a great man who has brought a lot to the club, to our country and to me personally. We can never thank him enough. If he were to leave, I trust Friborg to find someone who has the same rigor, the same desires, the same objectives.

“I may have won a lot as a coach, but that’s not enough for me, claims Petar Aleksic. I put a lot of pressure on myself to always win more. I have always given everything for Swiss basketball. This is my house, I love it. We will see what will happen.”

The words sound like goodbyes. There is still time to appreciate the mark left in history by the former coach of the national team (2013-2016).