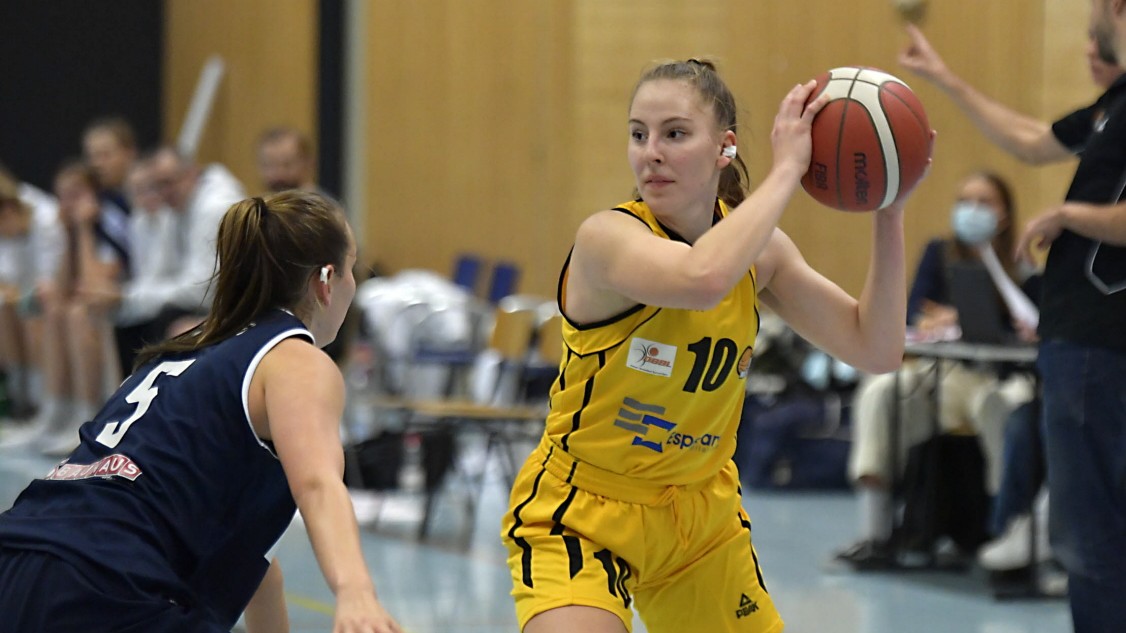 Paula Graichen hits a threesome, Talena Fackler two free throws, then the final siren sounds and the Jahn second division basketball players run screaming towards each other. The little ones jump into the arms of the big ones. A 58: 53 victory against Don Bosco Bamberg is on the scoreboard. A success that came about with a tremendous amount of will. It is the hosts’ first success in an unusual second division season, and it comes as a surprise after three clear defeats since the beginning of the season at the end of October. The team’s weakness in attack was particularly striking recently.

That was also the case on Sunday against Bamberg. Again Jahn ran after a deficit because at the beginning of the final quarter there was no basket for several minutes. Until the Munich team suddenly marked basket after basket, not allowing a single point from the opponent and conjuring up a 58:53 success from a 48:53 deficit in the last five minutes of the game. “We made the victory clear with our fast little players,” summed up coach Markus Klusemann and passed the flowers on to his co-trainer Petra Fackler: “She came up with the tactical idea.” Fackler’s daughter Talena was the best thrower with 16 points ahead of Paula Graichen with ten. “Everyone felt more commitment and passion,” said Klusemann.

“Maybe it’s a mental problem”: The weakness in attacking puzzles the coaches

The first of two home games last weekend against Speyer-Schifferstadt had been lost 51:65 the day before. “Thrown a lot and hit little,” was Klusemann’s conclusion. This defeat was similar to the two previously in Würzburg and Bad Homburg. Immediately after the flop against Speyer-Schifferstadt, the team had a long conversation with the coaching duo. “The mood was not good,” reported Klusemann afterwards.

“They let us talk,” said Theresa Spatzier and summed it up: “We didn’t dare to do anything offensively. The rebounds didn’t work out, and 20 points at halftime were far too few.” The 18-year-old winger had at least 21 points and was once again well ahead of her teammates, who only scored single-digit points. Spatzier came from USC Heidelberg, she is doing a teaching degree in Munich with the subjects math and sports. She is a reinforcement for the almost completely new Jahn formation.

With the energetic build-up player Jella Molz and the two youth players Olivia Borsutzki and Talena Fackler, only three players from last season are in the ten-man squad. The 17-year-old Graichen is back at the club after a stay in the USA. The best scorers who scored 90 percent of the points last year, including Emily Bessoir and Anna Heise, are all no longer there. And apart from Spatzier and Leonie Kambach, who previously played for the first division club Freiburg, the newcomers have no experience in the top divisions. So Klusemann fights for small progress in training. “The defensive rebound works better,” said the coach after the Speyer game, to say something positive. And the offensive weakness? “Maybe it’s a mental problem,” speculated Klusemann. Hardly more than 50 points is not a good value. “Or are we not exercising enough?” He is convinced of the motivation of his actors: “The girls all want to get better.” The first success on the fourth attempt should give them a boost. “I’m happy for the team that we’re moving forward,” said the coach. “So the journey can go on.”

Each stage of the journey begins with a corona test. Before games, a doctor comes to the hall on Friday evenings to subject the squad and coaches to quick tests. So far there has not been a positive case at Jahn Munich, in contrast to some other second division clubs. Ludwigsburg, for example, has not yet played a game. The schedule on the weekends is currently being put together on request. Those teams in the twelve-league play against each other that have not tested positive or are in quarantine.