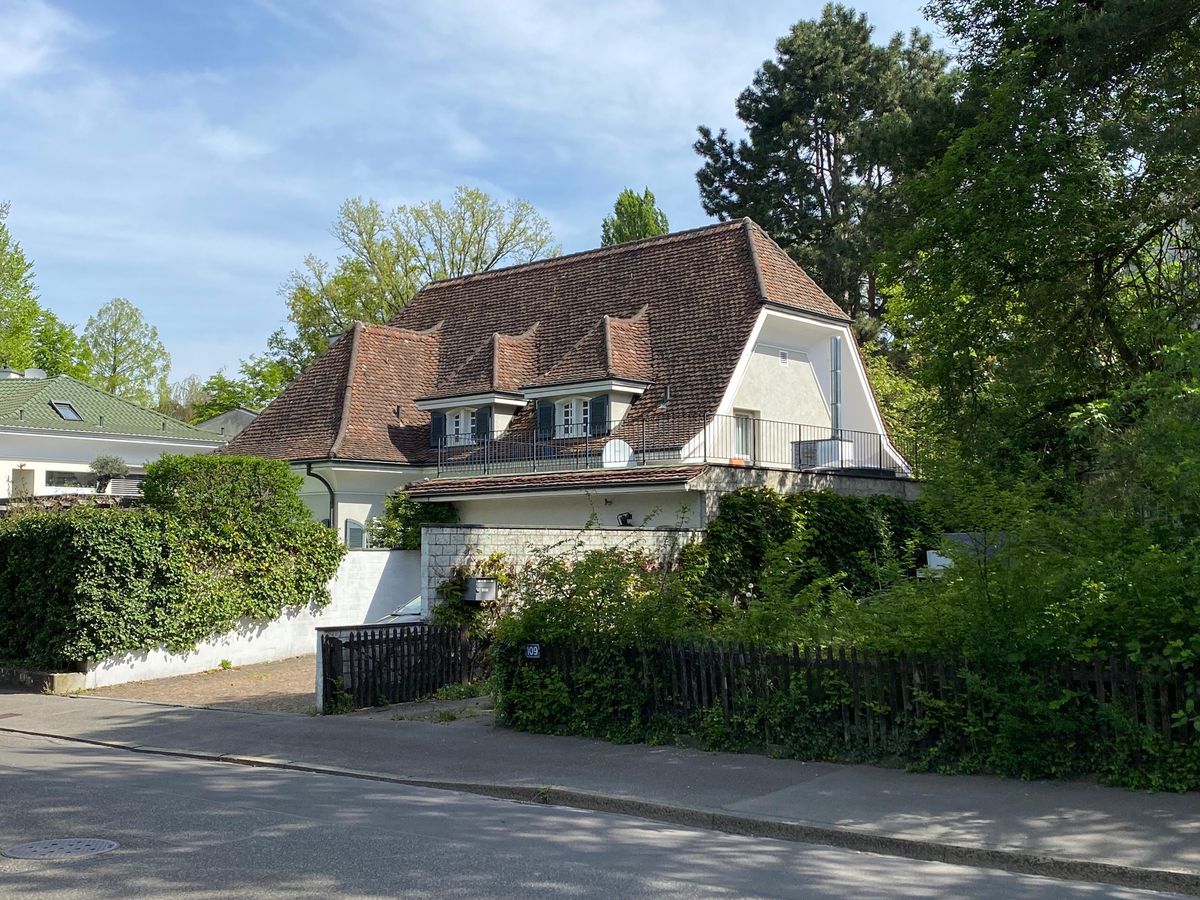 Basel: Instead of sharing a room in a shared apartment, the siblings share this villa

Allegedly, they maintain a spartan self-sufficient lifestyle and live in a sublet in the canton of Schwyz. This was claimed by two siblings who were convicted of rent extortion by the Basel criminal court. Research shows something completely different.

On Thursday, the Basel criminal court sentenced two siblings to conditional fines for commercial usury. The verdict is not yet legally binding. The 46-year-old architect and the 51-year-old civil engineer, both with doctorates, rented tiny rooms in a property on Färberstrasse in Basel to people in need at exorbitant prices. Using illegal wooden partitions, they divided the property’s 20 rooms into 31 mini-rooms, some of which measured just over five square meters.

Such cramped living conditions were quite normal for the two, their lawyers said in court. Because they themselves would maintain a very spartan lifestyle. The children of modest people from the northern Italian Aosta Valley are self-sufficient, who share a room in which they live in Wilen near Wollerau in the canton of Schwyz. Wherever the center of your life is. However, the supposedly modest siblings did not want to answer questions about their income and assets. In the lawsuit, which dragged on for years, they claimed that accounting records had been damaged by water. Research by 20 minutes and the “Basler Zeitung” draw a completely different picture of the living conditions of the two.

Perhaps the documents fell into the pool of their villa on Basel’s posh Bruderholz hill. There, the siblings own a 9.5-room property in an English country house style with a high standard of construction, a party room and a well-tended garden. The villa was auctioned off in 2010 as part of bankruptcy proceedings and was officially valued at CHF 2.1 million. By 2012 at the latest, the siblings had established a domicile there, as can be seen from publicly available documents. The light was on in the property on the evening after the verdict was pronounced, and the car in which the two were driven to the court was also parked in the driveway. A neighbor also reported that the two have been living there for years.

This circumstance is explosive, because the Schwyz migration office has already carried out an investigation because it had doubts about the sister’s center of life in Wilen near Wollerau. However, the procedure was discontinued because she was apparently able to make it credible that she lived there. She currently wants to be naturalized, as her lawyer Thomas Hofer explained in court. With the conviction, however, the chances of this are likely to have fallen sharply. It can at least be doubted that the two have their center of life in the canton of Schwyz. Because the siblings have an active sole proprietorship in Basel and they own a total of five residential properties here.

The siblings were apparently able to invest millions in real estate in Basel in less time. It is known that in 2009 they bought the incriminated property on Färberstrasse for CHF 1.7 million. They also own residential buildings on Gärtnerstrasse, Grenzacherstrasse and Feldbergstrasse. This is also confirmed by a query in the land register database of the crowdsourcing project “Who does Basel belong to?” of the online portal «Bajour». A comparison with current, uncertified land register excerpts confirms this.

Some of these properties have already made headlines. The property on Gärtnerstrasse was occupied in 2017 after it was said to have stood empty for five years. At the time, the squatter collective also denounced in a letter that another property owned by the siblings on Grenzacherstrasse had also been unused for years. A visual inspection shows that the houses on Grenzacherstrasse, Gärtnerstrasse and Feldbergstrasse are either almost or completely unused and in a modest condition. The siblings can apparently afford their properties to remain vacant for many years.

20 minutes confronted the siblings and their lawyers with the research. They missed a deadline for a statement. The public prosecutor’s office is examining a continuation of the verdict, as she announced on request.

Do you or hat someone you know questions about renting or letting?