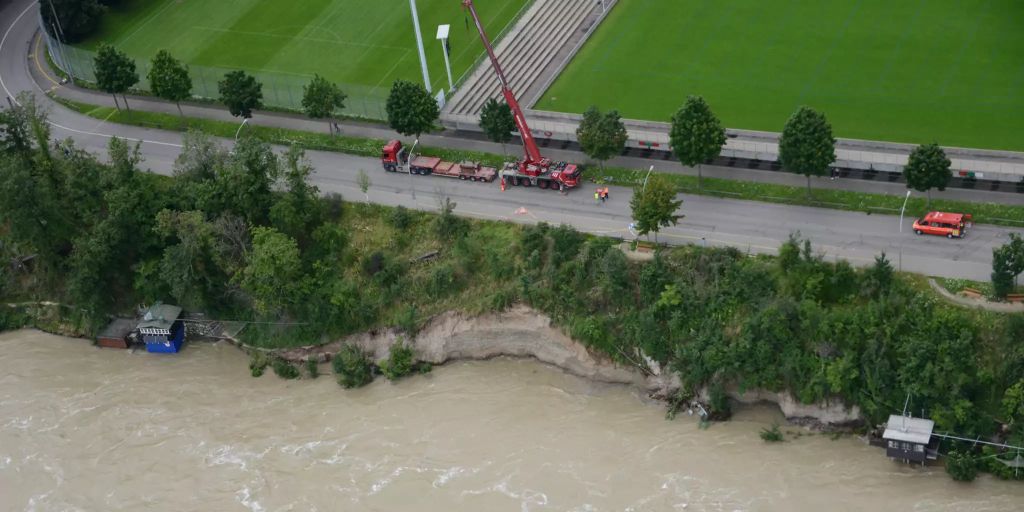 The Basel-Stadt canton police had to close the Grenzacherstrasse on Friday morning, July 16, because of a slope that had broken off.