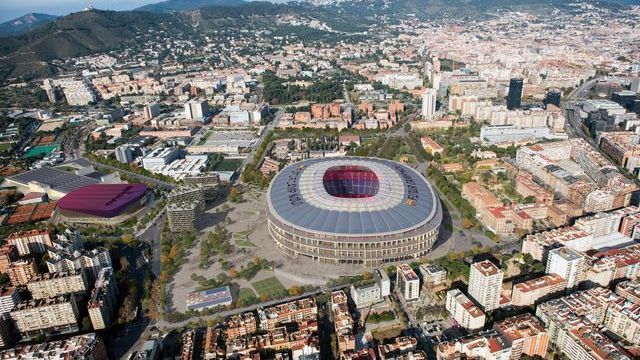 BARCELONA — Barcelona received this Thursday the official approval of the works of the Espai Barça and the new Camp Nou by the City Council, which will begin at the end of this season, the first week of June, and will continue, according to the plan estimated by the club, until the 2025-26 season. The Barça first team, in the absence of an official announcement but already recognized by the president Joan Laporta, will play in Montjuïc during the 2023-24 season.

Laporta, who met with the mayor Ada Colau, specified that the building permit had a cost of 6 million euros and specified the planned schedule for the works, announcing that the next 2022-23 season Xavi Hernández’s team will continue playing at the Camp Nou (already under the name Spotify Camp Nou), “with practically one hundred percent capacity”, and the next one, 2023-24, will move to the Estadi Lluís Companys de Montjuïc, where it will initially play “for one year “.

If the planned deadlines are met, Barça would return to the Camp Nou for the 2024-25 academic year, although it will do so with a limited capacity, “approximately”, of 50 percent of its capacity until the completion of the works, gradually being able to increase the presence of the public in the stands in the remodeled stadium.

Now you can enjoy LaLiga on ESPN+ and ESPN Deportes, where you can watch all the matches LIVE. subscribe here

President Laporta explained that the negotiation with Goldman Sachs to obtain the loan approved by the assembly of committers of 1,500 million euros to carry out the works “is going well” and that the works will begin thanks to the bridge loan of 180 million, having time to close the deal with the US fund until the end of the year.

“We are working well with Goldman Sachs. The investors will come in May. We have a bridge loan of 180 million and they tell us that there are many interested companies, now two more have entered,” revealed Laporta, who announced that the return of the money “will be made with what it generates once the Espai Barça is built. It is 35 years with the first five years of grace.”

The club maintains expectations of earning some 200 million euros more per season than the current ones thanks to the Espai Barça, revealed by the manager as “an engine in the club’s growth”.

“To minimize risks and protect next season’s income, we will maintain a capacity of practically one hundred percent and the third tier will be demolished when we go to Montjuïc the following year, but these changes will not affect the deadlines too much, at most there could be a change one or two quarters”, warned Laporta, who admitted that the war in Ukraine may affect, and has already done so, the planned calendar.

The fundamental part of the works at the Camp Nou, with the demolition of the third tier, will begin at the end of the 2022-23 season, when the team will move to the Olympic Stadium, whose capacity will be between 55 and 60 thousand seats, reason by which the president revealed that, in the same way that will happen after returning to the Barça stadium, “rotating and democratic attendance shifts among our subscribers” will be established.

Laporta described the future Espai Barça as “the largest, most innovative and attractive sports and entertainment space that has ever been built within a city” and assured that when the works are completed “we will be a benchmark in innovation and sustainability”.