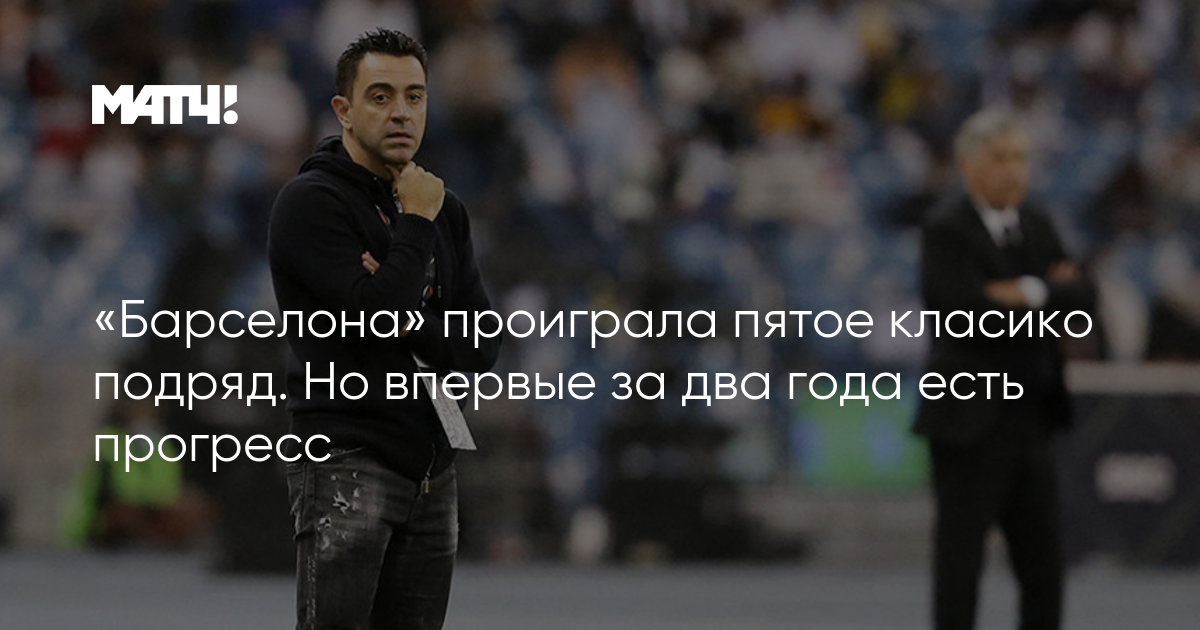 Barcelona have lost their fifth Clasico in a row. But for the first time in two years there is progress

Xavi worked out the first match with Real Madrid as a coach.

Xavi worked out the first match with Real Madrid as a coach.

Two years ago, the semi-final of the Spanish Super Cup with the participation of Barcelona ended with a score of 2:3 and the slogan “Valverde – out of Barca!”.

Yesterday, the semi-final of the Super Cup with the participation of Barcelona ended with a score of 2: 3 and the headline “Valverde! Barça out.

But despite the identity of the results and some of the circumstances, the feeling of Barcelona now was completely different. In any case, the players of the team and its head coach Xavi think so.

— I leave the field filled with pride for the team. If we continue to play in the same spirit, we will start winning trophies again, ”said the defender of the Catalan club Gerard Pique after the final whistle.

— I’m angry and sad because we should have been winning. In the first 20 minutes we had problems, but we overcame them. On an evening like this one had to play boldly. This Barça can play against any opponent. We did not achieve the desired result, but we took a step forward, ”Xavi, who played 42 clasicos as a footballer and made his debut on the sideline, spoke at a press conference.

In general, Barcelona really exceeded expectations. Heading the table of the championship of Spain “Real” was considered a favorite before the match and led three times during the game. But the fact that Barça managed to equalize twice, put the game into overtime and claim victory speaks of the progress of the team, which lost the previous four matches against top rivals (Bayern, Real Madrid, Atlético) by total score 1:10.

The most positive things are a calm reaction to conceded balls, a sense of a clearly defined idea of ​​u200bu200bthe game, compactness when working without the ball (less space for the opponent than before) and productive substitutions. 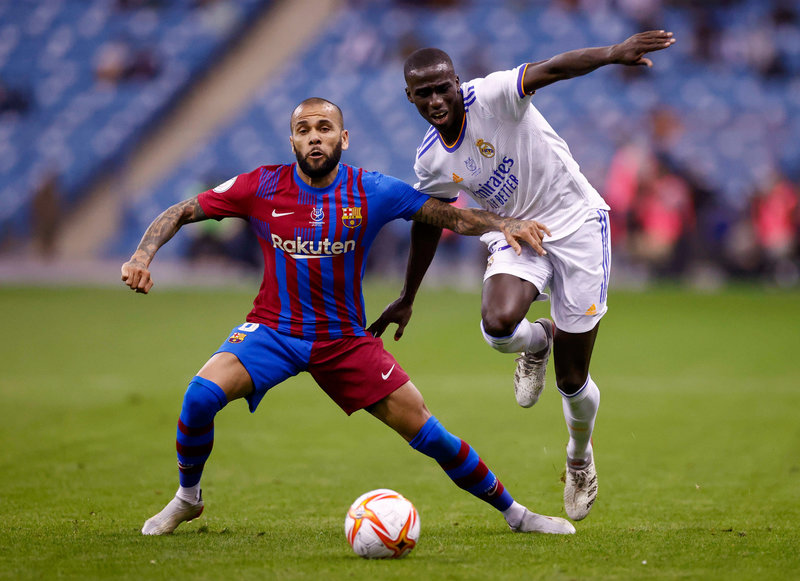 Xavi constantly recites mantras about the team’s bold football, and these are not just words. He allows himself the courage and in the choice of composition – from the first minutes, Ferran Torres, recently acquired for 55 million euros, entered the field. True, given that Torres played on the same flank with 38-year-old Dani Alves, sometimes this courage turns into naivety. Vinicius had no trouble advancing on his flank.

Another factor why Real Madrid looked so confident in the first 20 minutes of the meeting was the destruction of Barcelona’s pressure. The Catalans, who played according to the 4-4-2 scheme, tried to put pressure on the defenders, but Carlo Ancelotti solved the problem very simply: Casemiro’s holding half went deep and thus created a 3-on-2 situation. Then the Barcelona midfield line was connected to the pressure, leaving Ferland Mendy uncovered on the left flank. When the ball was received by Modric, who had gone deeper, it was not difficult for him to transfer the ball to Mendy, and a dangerous situation immediately arose.

After the break, Pedri and Ansu Fati appeared on the field, having missed several months due to injuries, and Xavi changed the formation to 3-2-3-2. The 19-year-old midfielder (who, by the way, played his 12th overtime over the past year) provided a smoother and more accurate movement of the ball forward, and the owner of the tenth number Fati did what he does best – scored. This season, he went on the field only nine times, and five times as a substitute, but still managed to organize five goals scored.

See also  Did Tatis give us a preview of the HR Derby?

“Those three will really help us. Pedri and Ferran need to get game time to feel the rhythm of the matches. And Ansu did return with a goal. Each of them will be of great benefit this season,” Xavi said after the game. 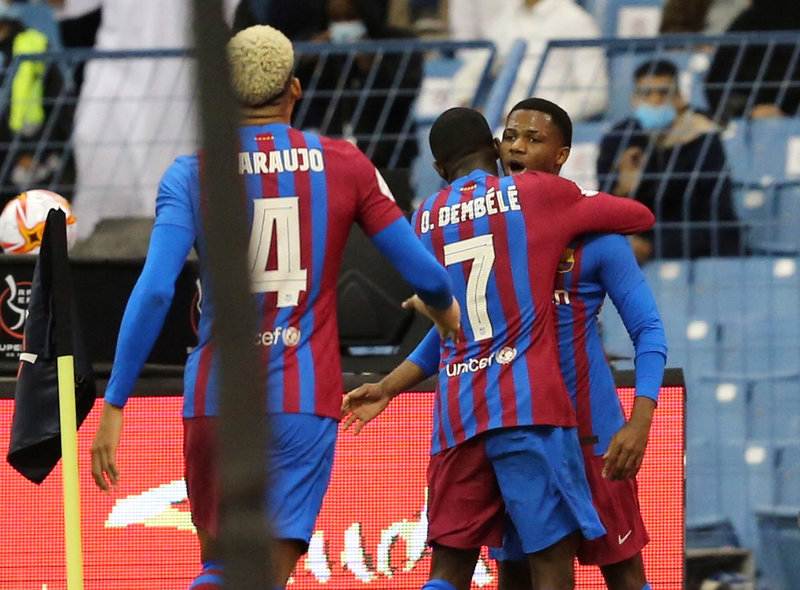 But not every reinforcement in Barça looks optimal. With all the love and respect for Alves’ career, it’s obvious that his presence on the flank is a hastily sewn patch. A couple of times in the match, an amazing situation arose when compatriot Rodrigo Goes, who came on as a substitute, played against the Brazilian. Alves is older than Rodrigo’s father.

Ancelotti did not agree with his colleague in assessing the game.

— The game was even. They had more possession of the ball, and we relied on counterattacks. At the end of the first half, we deserved to win, but we were unlucky in the moment with a conceded goal. The second half was more even, but I wouldn’t say Real Madrid or Barcelona dominated. We made an accentuated bet on counterattacks and scored three very beautiful goals, – said the Italian.

Fans will argue for a couple of days more, who dictated to a greater extent, and who allowed to dictate his will in the game. But one thing is for sure: the expectation that Barça would err on the front and be very vulnerable on the counterattack worked regularly. Although the Catalans landed six more shots at the end of the match, Real Madrid had sharper chances, and in extra time Ancelotti’s players were closer to scoring another goal.

— We lacked experience, patience, responsibility. We made mistakes. We could stop Real Madrid’s counterattacks better and take better care of the ball. But we closed the gap,” Xavi summed up.

After two years of systematic regression, Barcelona finally bounced off the bottom and began to move up. Even if Piqué or Xavi overestimate the quality of yesterday’s game, the confidence gained is the main prize of Barcelona at the end of the tournament.