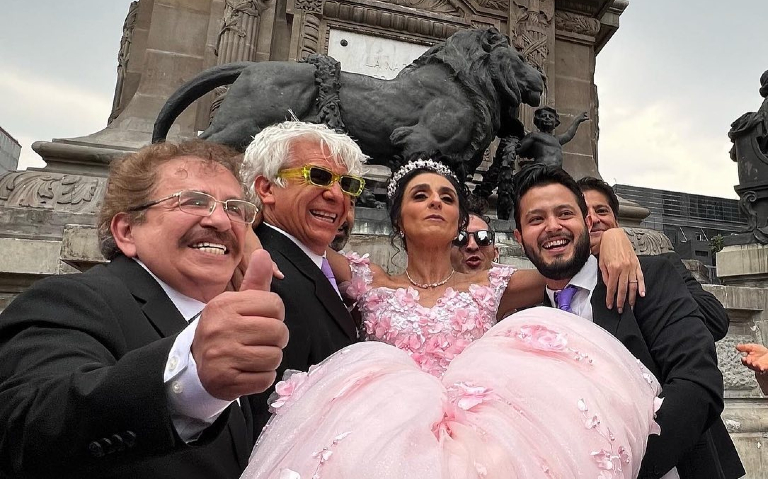 The big day arrived and Bárbara Torres was finally able to celebrate her fifteenth birthday party. The Argentine actress revealed a couple of days ago that she would hold this celebration since in her teens she decided to celebrate her birthday in a nightclub but when she arrived in Mexico she changed her mind and wanted to have her own party.

Bárbara is currently 47 years old, but that was not an impediment to carrying out her party with a dress, chambelanes, bridesmaids and even a limousine in which she toured the streets of Mexico City. Friends recognized that this celebration had been planned for years but due to covid-19 it was delayed.

“I didn’t have a party, I was always kind of weird and rebellious, so instead of a XV party with a dress, I had a nightclub party. In Argentina it is not celebrated like here in Mexico; there is a simple party, it is not dress, waltz, chambelanes. When I got here, I said: ‘This is divine!’

In love with tradition, the Argentine actress followed all the details to the letter so that it would be a real XV-year party. He even visited the Angel of Independence with his chamberlains to take a souvenir photograph.

The party took place on May 6 and had great guest stars such as Raquel Garza, Dalilah Polanco, Lorena de la Garza, Marisol del Olmo, all dressed in lilac traveling in the limousine with the party.

The chamberlains could not miss it and this time it was Tony Balardi and Carlos Arenas’ turn to dance with Bárbara Torres. Cecilia Galiano, Juan Soler, Daniela Luján, Toñita, Olga Sana and Platanito also stood out at the party.

The night was a complete success and Bárbara was able to fulfill her dream of having a XV years party with her beloved friends and family.. Despite being invited, Eugenio Derbez did not attend because he is recording a new movie.