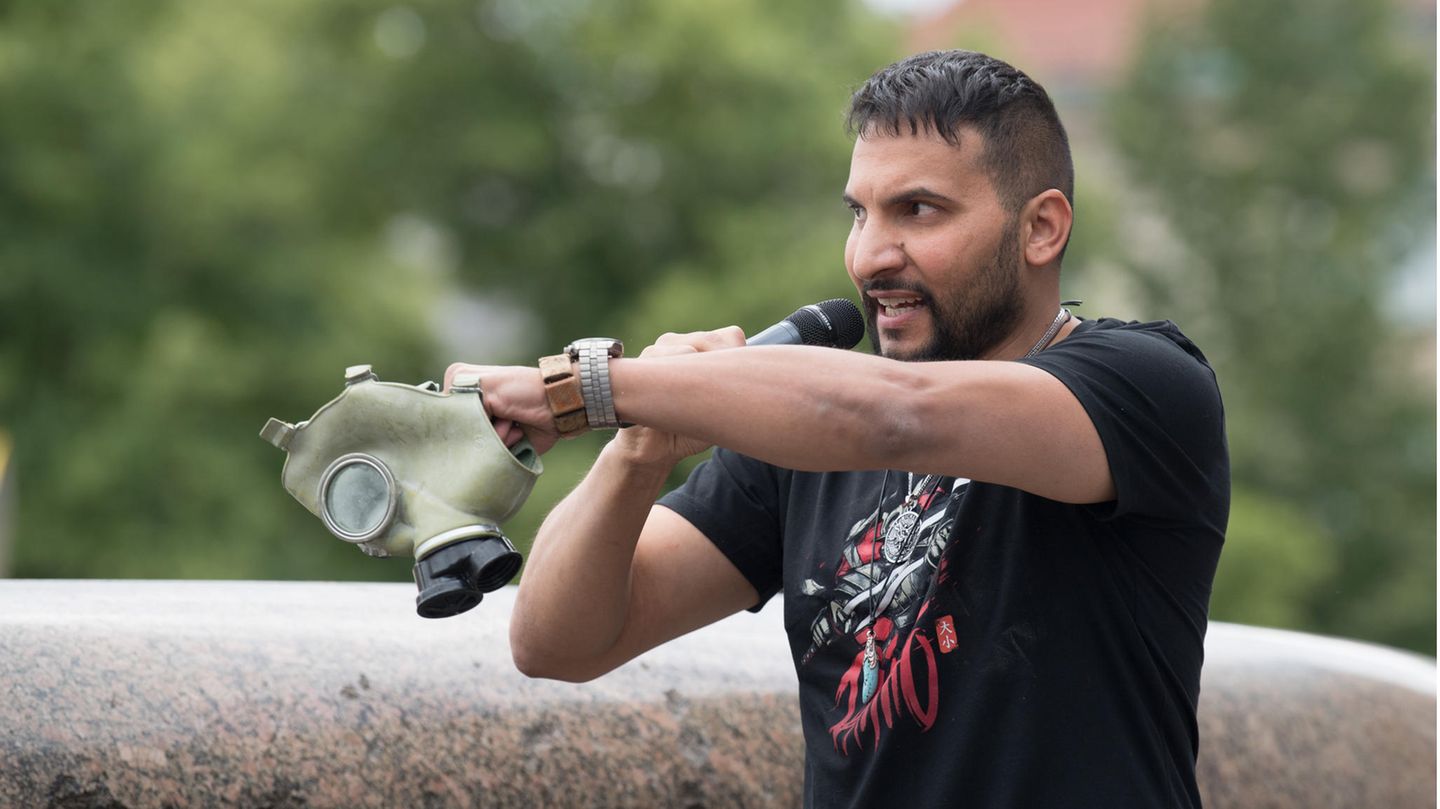 His Telegram channel was Attila Hildmann’s last chance to get his hateful messages across to a large audience. Now he’s been locked there too. But not quite yet.

It is probably one of the deepest falls for a celebrity in Germany: After making himself known to the general public as a vegan cook and book author, Attila Hildmann had slipped further and further into the right-wing extremist conspiracy scene since the beginning of the corona crisis. Now the last stage has been taken from him: his channel in the Telegram messenger app can no longer be reached on iPhones and Android smartphones.

“Unfortunately, this channel cannot be displayed on your device,” is the message now when users try to call up Hildmann’s channel in the iPhone app. First the “editorial network Germany” reported about the blockage. Accordingly, the channel does not seem to have been generally locked out of the Telegram service, but only to be unavailable via the apps officially available in the App Store and Playstore. However, he can still be reached via the desktop version.

Who is behind the lock?

What exactly is behind this is not yet entirely clear. After there had initially been suspicions that the operators of the two app platforms Apple and Google could be behind the lock, Google has meanwhile denied this to the “RND”. Such a lock is technically not possible for the corporations, said a press spokesman for the site, it would affect the functionality of the app in general.

Now the suspicion is in the room that Telegram itself blocked the channel to prevent a possible expulsion from the platforms. Hildmann had used the channel several times in the last few weeks to call on his almost 100,000 followers there to murder Jews, claiming, among other things, that “the Jew” wanted to kill Germans and their children with corona vaccinations. He also linked to a right-wing extremist arms dealer.

From celebrity chef to right-wing extremist

For Hildmann, the lock is another setback. The former celebrity chef had continuously lost his public platforms and business revenue since starting his extremist tirades last spring. Instagram, Facebook and Youtube had already blocked him last year, and the sales partners for his vegan foods kept breaking away. Most recently, Lieferando and Amazon terminated their collaboration last month. They were considered one of the last major sources of income for Hildmann, since Hildmann had fled to Turkey at the beginning of the year to avoid an arrest warrant from the Berlin public prosecutor’s office for sedition. According to the public prosecutor’s office, there had been more than 1,000 charges against him.

Hildmann, who has Turkish and German citizenship, spoke out against the Corona measures as part of the lateral thinker movement and then radicalized it at a very rapid pace. On his channel, he expressed himself increasingly extreme against Jews, incited against homosexuals and denied the danger of the corona virus. He also advocated increasingly absurd theories, such as that a new world order should be inoculated by the virus or that Bill Gates wanted to control humanity through vaccination.

Apple and Google had intensified the action against extremism on their platforms in recent months. The Twitter clone Parler, which is particularly popular with US rights, was banned from the platforms around the beginning of the year because extremists were able to spread hatred and fantasies of violence there without moderation. Only after the operator agreed to a stricter moderation was the platform allowed in the App Store again. It is therefore conceivable that Telegram wanted to prevent such a measure. In the last few months the messenger had profited strongly from the user protests against the new usage guidelines of the messenger top dog Whatsapp and quickly gained users.

Anonymous hackers crack Hildmann’s account: Why the “legion” of the Internet has long been divided

Bill Gates on corona conspiracy theories: “You can hardly deny it, it’s that stupid”

Rip off with 5G panic: € 390 device promises radiation protection – and turns out to be a USB stick