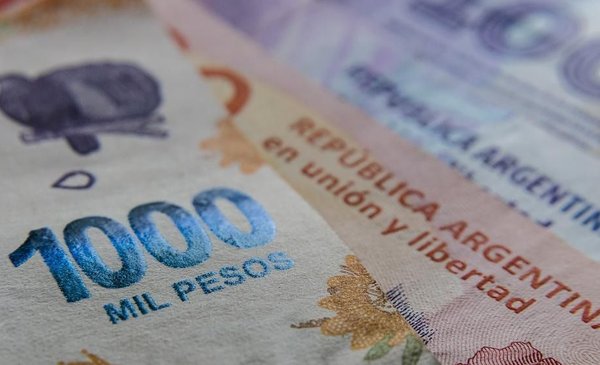 The banks began to make invisible and limit the subscription of UVA fixed terms, one of the only tools in pesos to pay to beat inflation. The uncovering communicated with the Central Bank, which warned that the maneuver should be denounced, and with the commercial banks, which justified the decision by arguing that they end up with losses due to the soaring prices.

The Supervielle bank is one of those that limited the subscription of the UVA. In dialogue with The uncovering, reported that they only allow a fixed term per person and that it cannot exceed 100,000 pesos. In turn, to obtain it, not only do you have to enter home banking but you also need to call an investor of the entity to be able to subscribe to it.

The maneuver is also used by other banks in the interior of the country. While others choose to make them invisible. This is the case of Banco Santander, which did not limit obtaining a fixed term grape, but to find it the user must enter the traditional fixed term option, then choose to be for ninety days and only then – after making at least 4 approvals – The saver can choose the UVA.

The fixed terms are based on the UVA, a Purchasing Value Unit updateable by CER (Reference Stabilization Coefficient), a value that is updated daily by the Central Bank according to last month’s inflation, reported by INDEC. The savers who obtain a UVA fixed term receive the interest rate equivalent to inflation plus an annual rate of 1%. That is to say that they beat the rise in prices.

They have the disadvantage that the minimum placement time is 90 days, but the saver has the possibility of withdrawing it after 30 days and, in that case, they will receive the equivalent of the interest rate paid by traditional fixed terms: 61% per year. .

The uncovering communicated with the Central Bank that asked to denounce the maneuvers and with private banks that justified it.

What is the reason for limiting and hiding them?

The banks allege that they lose money with fixed terms. They maintain that there is a difference in pesos that is generated between the yields they offer to capture the funds and those they obtain for their placements, mainly in Central Bank bills or passes with the agency or between banks.

The Central, to capture the excess liquidity of the entities, offers a monetary policy return of around 60 percent per year, through the placement of liquidity bills, while overnight passes are remunerated at 55 percent . With an estimated year-on-year inflation of 68.8 percent, the difference, they maintain, generates a loss.

However, financial intermediation between the different products and types of loans compensates for these differences. A similar situation occurred when banks were exhorted to offer longer-term loans, and the entities argued that the placements did not exceed 30 days.

What the banks do not take into account is that with UVA fixed terms they achieve the loyalty of savers who trust the banks and who pay maintenance for their accounts every month.

The Central Bank asks that they be denounced

From the Central Bank they warned that the limitation is not allowed and that they must be denounced. The limitation maneuvers began to appear a little more than 20 days ago when inflation shot up in Argentina due to the rise in the blue dollar after the departure of Martín Guzmán from the Ministry of Economy.