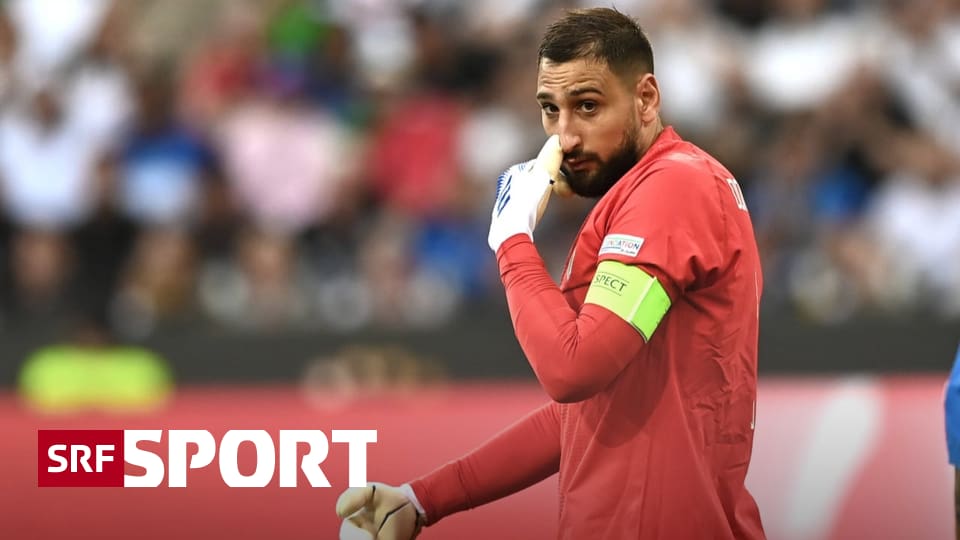 Italy’s 5-2 smack against Germany in the Nations League left its mark on goalkeeper Gianluigi Donnarumma.

The Italian national team is in the midst of an upheaval after missing the 2022 World Cup. Accordingly, the clear 2:5 defeat in the Nations League in Mönchengladbach against the Germans should certainly not be overestimated. Coach Roberto Mancini then classified the swatter realistically: “At the moment there is an enormous difference in level between us and Germany.” And yet such a smack hurts a lot, because “nobody likes to go down like that,” Mancini continues.

The fact that the Italians were hurt in their pride on Tuesday evening was also shown in an interview with Gianluigi Donnarumma after the game. The goalkeeper of the “Squadra Azzurra”, already a captain at the age of 23, responded to a polemical question from a TV reporter from RAI irritated. She had asked him about his mistake before the goal to make it 0: 5 and noticed that Donnarumma had recently shown weaknesses in the build-up game.

“Anyone who wants to be polemical should be polemical,” said the Paris St-Germain goalkeeper, who had made a similar mistake against Real Madrid in the Champions League round of 16. “There is no one to blame, only the team. If you want to blame me for the mistake, then do it, no problem,” Donnarumma said, adding, “I think you all want to construct something because of these mistakes.”

Die RAI-Journalist Tiziana Alla reacted promptly: “In this profession you just have to ask questions.” She later received support from several colleagues.

Donnarumma had played a bad pass into the feet of Vinicius Junior in the round of 16 second leg of the “premier class” before Karim Benzema made it 1-1 in the meantime and was therefore partly responsible for the goal. Against Germany, the goalie of the European champions made another weak pass, this time into the foot of Serge Gnabry. Shortly thereafter, Timo Werner scored to make it 5-0.