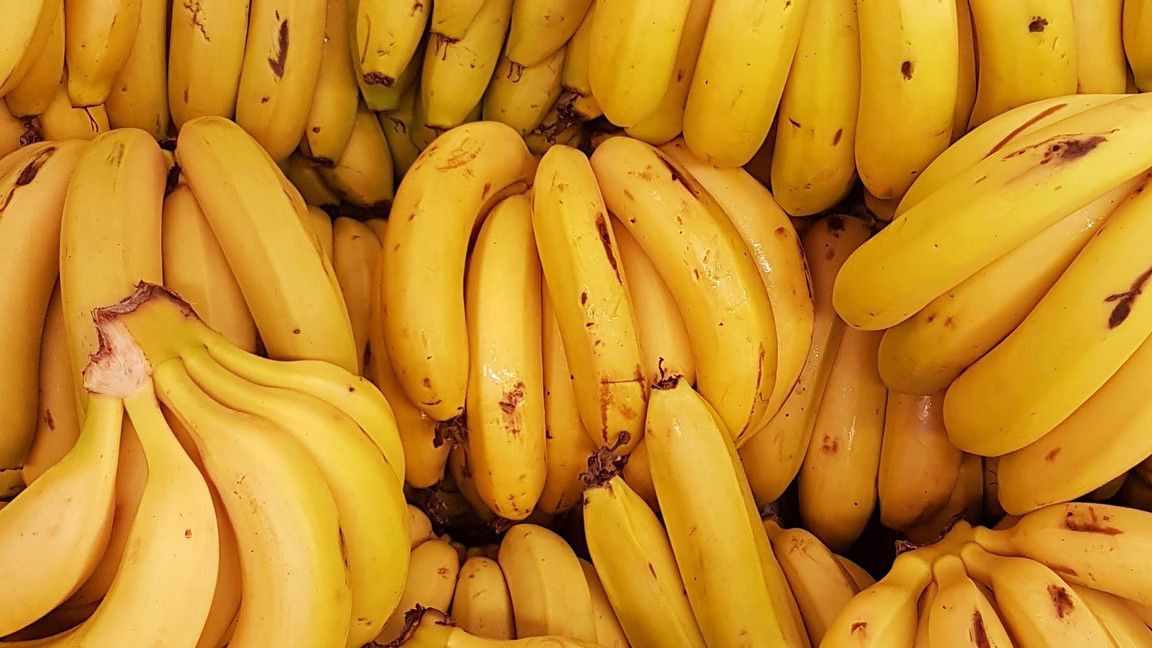 Banana protein may be a panacea for all coronaviruses

Researchers convinced: Banana protein may be a panacea for all coronaviruses

According to an international research team, a substance originally obtained from bananas helps against Sars-CoV-2 and other coronaviruses. Even viral mutations don’t seem to bother him.

In the fight against Sars-CoV-2 an international research team brings a new drug candidate into play: H84T-BanLec. It is a compound originally found in bananas that has been adapted for use against coronaviruses. Like the team in the specialist journal “Cell Reports Medicine” writes that H84T-BanLec should work not only against Sars-CoV-2, but also against some other corona viruses.

What kind of material is H84T-BanLec?

H84T-BanLec is a protein from the group of lectins derived from bananas. Hence the “BanLec” part of the name. Lectins have the ability to bind to specific carbohydrate structures (glycans). This enables them to bind specifically to cells and trigger biochemical reactions from there.

What can H84T-BanLec do against Sars-CoV-2?

Corona viruses carry such special carbohydrate compounds on their surface that attract the lectins. The spike protein of Sars-CoV-2 is also covered with glycans. The researchers modified the H84T-BanLec so that it primarily attaches to exactly these carbohydrate compounds on the virus surface. Because they stick them together, they prevent, for example, Sars-CoV-2 from attaching to human cells with its nail protein and then entering them.

In order to penetrate human cells, the Sars-CoV-2 coronavirus must dock on the cell surface with one of its surface proteins: the so-called spike protein (red). If you look at the new type of coronavirus, the proteins, also known as S proteins, represent the spikes or points of the crown (corona).

Why did H84T-BanLec need to be amended in the first place?

Because it is unchanged, it can stimulate the body’s immune system in an unfavorable way by putting the T cells (see box) on untargeted alert. If this happens, it can “cause an overreaction of the immune system and therefore unwanted inflammation,” she cites Austrian news agency APA the researchers. The researchers ruled this out by precisely modifying the molecular structure of the compound.

The building blocks of the immune system

The human immune system can respond to pathogens in two ways: with antibodies and so-called memory cells.

at antibodies These are proteins from the class of globulins that are formed by the plasma cells in vertebrates in response to certain substances (antigens).

memory cells are specialized lymphocytes that can remain dormant for a long time (months to years) after contact with an antigen. They are only reactivated when they again encounter the appropriate antigens. A distinction is made between memory T cells, which kill other infected cells, and memory B cells, which produce more antibodies as needed. Both represent the so-called immunological memory.

Can you do it?

Yes, at least in laboratory and animal studies. Using high-resolution atomic force microscopes, the researchers were able to follow what H84T-BanLec was doing in the samples used. They were able to identify the spots on the nail protein where H84T-BanLec docks and observe that it “effectively inhibits all tested coronaviruses” and thus “prevents the virus from entering the host cells”.

The links between the virus and H84T-BanLec are very strong and varied, the APA quotes from the study. This makes it difficult for Sars-CoV-2 to protect itself from the accumulation of lectins, for example through mutations. Consequently, numerous changes in the peak protein would be necessary for H84T-BanLec to no longer fulfill its function. But this is “unlikely”, according to the Linz team. Even attempts to generate specifically resistant viruses have not resulted in any variant against which H84T-BanLec is ineffective.

The researchers were also able to show that H84T-BanLec can also be used against other seasonal and epidemic coronaviruses such as Sars-1 or Mers as well as against influenza viruses, which also have the special carbohydrate structures.

At least the researchers have high hopes. Experts assume that other Sars-CoV-2 variants and other corona viruses will appear in the future. The fear: Some of these still unknown pathogens may show resistance to existing antiviral drugs. Therefore, so-called “pan-coronavirus” anti-viruses are urgently needed to be prepared for these new threats.

Does H84T-BanLec only work against coronaviruses?

none It can also be used in modified form against hepatitis C, HIV and herpes viruses, as a German-American research team reported in 2015. According to several studies, use in the fight against Ebola is also possible.

When will H84T-BanLec be used?

It is still unclear. Initially, the plan is to produce clinical grade H84T-BanLec for human testing. The clinical studies must be performed using nasal spray or drops. As part of this, a use against cancer should also be investigated, the cells of which also have glycans on their surface.

Nevertheless, the researchers already have concrete ideas about the application: “Since H84T-BanLec is also known to be effective against other viruses such as influenza viruses, the intranasal administration of H84T-BanLec could become a particularly useful countermeasure in seasonal outbreaks of respiratory viruses, ” it says in a message.

Subscribe to the knowledge channel notifications in the 20 minutes app. You will be informed about groundbreaking findings and discoveries from research, explanations of current events and curious news from the wide world of science. You will also receive answers to everyday questions and tips for a better life.

Here’s how it works: Install the latest version of the 20 minute app. Tap on “Cockpit” at the bottom right, then “Settings” and finally on “Push Notifications”. Under “Topics” you tap on “Knowledge” – and voilà!