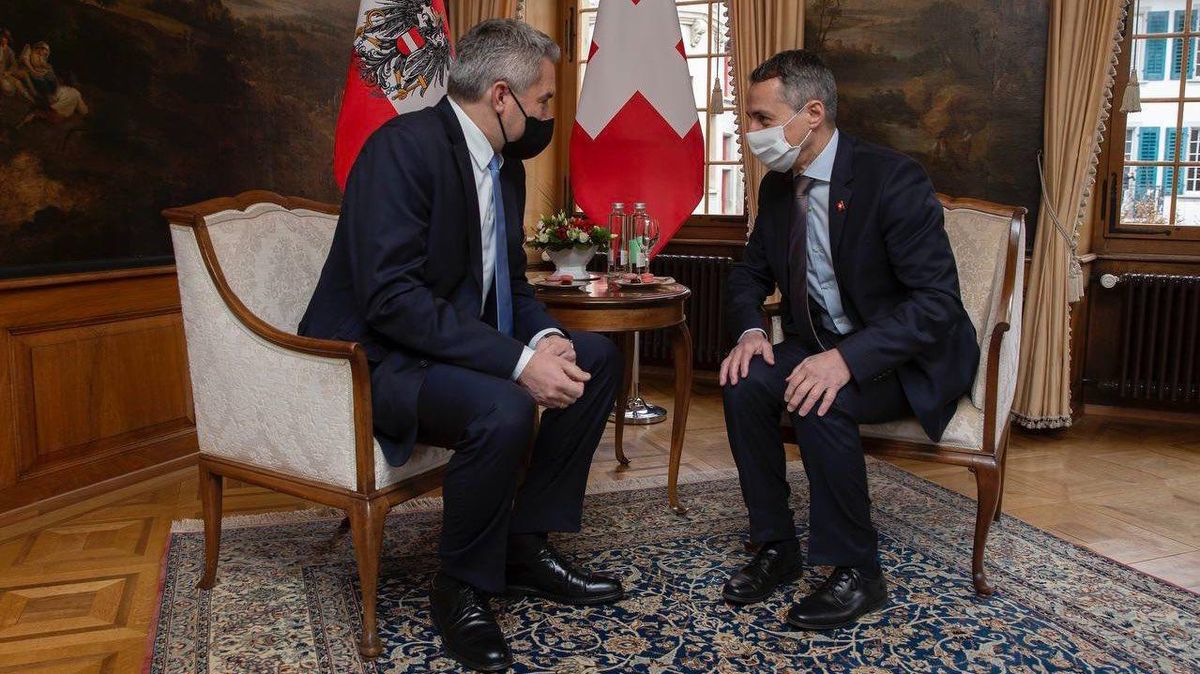 Robert Misik, a political writer from Austria, settles accounts with his country’s neutrality. In the debate, Switzerland also gets its fat off.

As a neutral state, Austria stays out of wars. The author and political writer Robert Misik calculates this. Austria’s neutrality has increasingly tended towards self-infantilization in recent years, writes the Austrian in a guest article Zeit.de. They are small and therefore stay out, but like to tell each other that this would be a morally commendable peace policy. “We just hide behind the tree and hope that nobody sees us and that the evil of the world rushes past us.”

Misik denounces the fact that neutrality has become more of a variety of “mir-san-mir-provencialism” in the last 30 years. In the 1970s and 1980s, on the other hand, neutrality was still interpreted as an “active policy of neutrality” in an internationalist manner. “We used to have a policy of neutrality, but today we are neutral, but without politics. The defense minister proclaimed that the Austrians had neutrality ‘at heart’. Who needs brains anyway?”

The writer suspects that this is the most negative side of neutrality. “Namely, that it dulls, that it leads to applied hillbilly.” When it comes to the big geopolitical issues, he compares the Austrians to football fans with a beer belly who keppeled from the spectator seat onto the field (“moaning”, editor’s note) and believed they were the better playmakers.

Like Switzerland, Austria is not a NATO member. According to Misik, in reality the military alliance ensures peace in Europe. He accuses the Austrian people of being able to easily afford their security policy ignorance and their naïve belief that neutrality guarantees their security. “Because we know that we are surrounded by NATO countries.”

The Austrians scolded NATO and at the same time were “quite happy under their comfortable protective umbrella,” according to the author. Misik demands: “But those who prefer an active policy of neutrality should also do something for them.” Neutrality, worn like a monstrance, has become a synonym for intellectual laziness and rancid provincialism. A foreign policy that upholds human rights, global justice, the values ​​of democracy, pluralism, justice and the ideal of non-violence needs activism and moral clarity.

In the comments, Swiss neutrality also gets its fat off. «The same applies to Switzerland. Cherry picking under the umbrella of neutrality,” writes one reader. One aspect that the author did not mention applies to both countries and is probably the crux of the matter, according to another user: “Neutrality also means ‘just keep doing dirty business’. In the case of Switzerland, he mentions the “Russenallee” in Zug, “where rows of Russian companies were welcome and remained unmolested”.

A “Zeit” reader is of the opinion that both Austria and Switzerland would have opened the door to autocrats and their money under the guise of neutrality. “Neutrality doesn’t mean sitting passively and turning a blind eye to what’s going on around you, but taking the dictators’ money.”

However, some voices defend the policies of the two countries. “Neutrality is sensible and therefore always ahead of the curve,” someone writes. “I can’t see a flaw in either Austria’s or Switzerland’s neutrality,” says another user. Their situation is significantly different from that of Sweden and especially Finland.

Both Sweden and Finland are aiming to join NATO. “With the historic decision to apply for NATO membership, Finland can finally express itself freely and without fear,” said Anne Berner, a former member of the Finnish parliament Interview with 20 minutes. The alliance should also prevent war from ever raging in Finland again.

At second glance, one reader describes the neutrality as quite valuable, also for the European neighbors. “Many negotiations were or are being conducted, for example, via Switzerland or Sweden.” Neutrality also concerns the Council of States. On June 16, he debates a Initiative that instructs the Federal Council to submit an up-to-date report on neutrality to Parliament. It is about questions of the limits of neutrality law and the scope for action of neutrality policy.