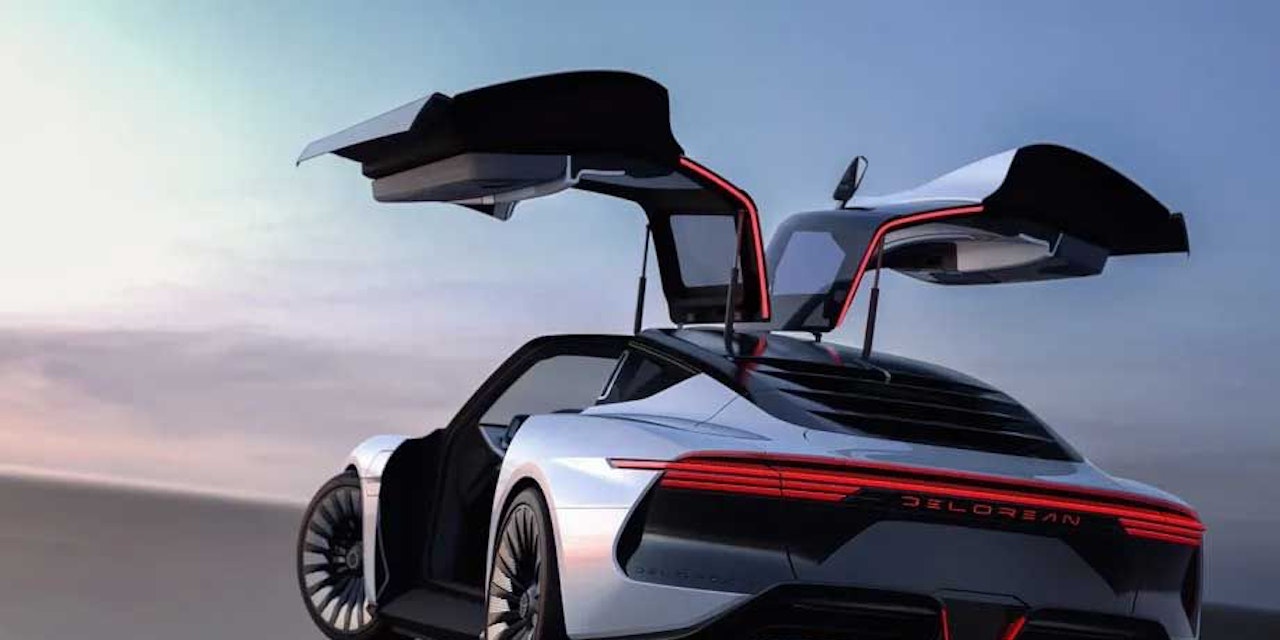 “Back to the Future” DeLorean now drives electric – motor

You have to think about the smoke when you get out of the new DeLorean: the film legend is now (again) driving on the road.

Its doors swing up, Michael J. Fox climbs out and tucks his Hooverboard under his feet: Welcome to the future! Or was it in the past? Doesn’t matter. The 80s legend, the DeLorean has been redesigned and will now delight 80s friends.

Alpha 5 EV: The new chapter of a legend?

While the time machine isn’t included, the design has been carried over into the new millennium – and the Alpha 5 EV is, of course, electric.

After the manufacturer DeLorean went bankrupt, a company bought the naming rights and announced in April of this year that the cult car would be making a comeback. They were sure to attract the attention of film and car fans. The photos have now been published.

Speed ​​of Light? only felt.

The Alpha 5 is equipped with a 100kWh battery that offers an estimated range of 300 miles (482 kilometers) and a top speed of 250 km/h. And that with an impressive acceleration of 2.99 seconds to almost 100 km/h. This is much faster than the Audi E-tron GT.

DeLorean states that this will be the “base” power model, but has not yet announced other possible power levels or prices. While the Alpha 5 nods to its predecessor with its gullwing doors and slanted design, the edges are smoothed out.

The kids have fun too

Instead of two seats, there is now pleasure for four. As “The Verge” reports, despite some visual differences, DeLorean has teamed up with Italdesign. The same design team – part of VW – that helped develop the DMC-12 in 1981, and are now designing the electrified version for the future.

Instead of digital renderings, you get to see the car in August. Since it is presented by the manufacturer for the first time at a car show in the United States.

However, the price of the DeLorean is currently being kept secret.