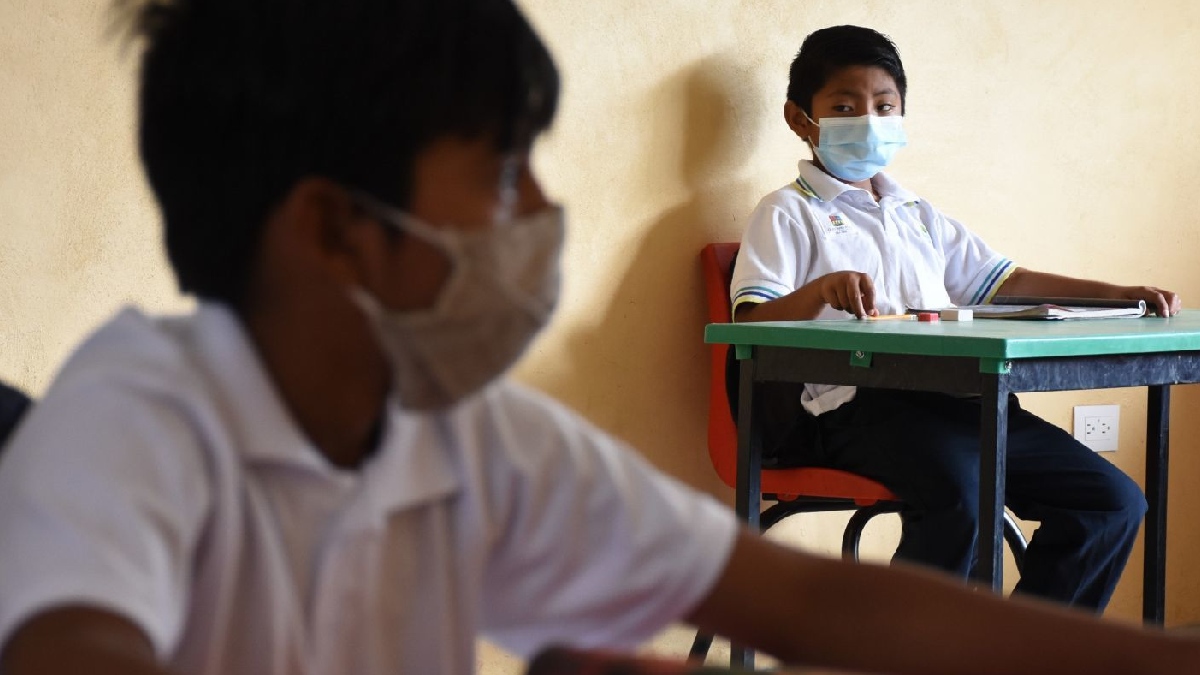 After President Andrés Manuel López Obrador (AMLO) announced that on August 30 they will return to face-to-face classes throughout the country, since “there is nothing to prevent it”, several entities of the Mexican Republic have issued their position on whether they will return to the classrooms in their states .

The Ministry of Public Education (SEP) continue with the plan to return to classrooms on Monday, August 30, 2021. Through a statement, the Secretary reported that it “maintains the expectation that the 2021-2022 school year will begin” with classes face-to-face throughout the country, in those states that have a traffic light color suitable for those activities, such as green or yellow.

Next, the position of the states that have reacted to what the president said. It is worth mentioning that, after the president’s statement, some entities have not established their position in this regard.

Adding to the position of AMLO, the head of Government of CDMX, Claudia Sheinbaum, stated that the back to face-to-face classes on August 30 It is fundamental and it is planned for the capital to occur on that date: “there is no going back.” However, he said the final decision is determined by the Secretary of Public Education (SEP) and what the health authorities announce based on the COVID traffic light.

Sheinbaum acknowledged that there is an upturn in infections, but pointed out that, after Baja California, the Mexico City it is the entity with the highest percentage of vaccinated.

Baja California authorities, for their part, said that the students yes they will return to face-to-face classes, following the indication of President López Obrador, because the return has been preparing for the last six or eight weeks and because, in addition, the entity is on a green traffic light.

“We are going to return in Baja California to face-to-face classes, yes, we will follow the indication of President López Obrador and that of the Executive, Governor Jaime Bonilla, we have been preparing it for the last six or eight weeks and we are ready.”

They stressed that the face-to-face classes will take place at the end of August under the supervision of the Secretary of Health; “We knew we were going to return to face-to-face classes, we authorized some schools to do pilot tests and we are monitoring them.”

The educational authorities of New Lion They also said that the school calendar for the 2021-2022 school year is scheduled for classes to begin on August 30, but that the modality on whether they will be face-to-face or online classes will be determined by the epidemiological traffic light.

Therefore, until this Friday, it has not been made official if the students will return to classes physically; They explained that, if there is no safe return to face-to-face classes, they will continue to be in the distance mode.

You can click here to consult the school calendar on the official website of the Education secretary from New Lion, or, go to the different social networks of the agency.

For the governor of Michoacan, Silvano Aureoles, in the face-to-face return to classes “nothing has been said yet”, as it might not be safe for Michoacan students.

Although he did not confirm whether the return to classes for the 2021-2022 school year will be on the date established by the chief executive, he announced that he will convene the state Health Committee to take measures to help control the pandemic.

“We are in good time to be able to contain the epidemic and with it the possibility, it is not certain, of a return to face-to-face classes in the state, nothing has been said yet, we still do not know. There are some versions of experts that it is likely that in August we will have a rebound in infections ”.

In Querétaro, the Health authorities expressed their interest so that students do return to face-to-face classes for the 2021-2022 school year, for which they launched a call to private and public institutions to enroll in the return to class program in a planned, staggered, gradual and cautious manner.

The Secretary of Education of Querétaro reported that the return to face-to-face classes will be at the end of August, as the president said, but what will be voluntarily and will be conditioned to what determines the epidemic scenario of the entity and the Technical Committee for the attention of COVID-19.

Meanwhile, the Jalisco Ministry of Education did not oppose the return to face-to-face classes at the basic level, and reminded citizens on social networks that, for a safe return, biosafety measures must be reinforced in favor of students and children. teachers.

In several videos broadcast on its YouTube channel, the Jalisco Ministry of Education called for the use of alcohol gel, ventilation of closed spaces, and pay special attention to whether minors have any type of respiratory disease, to act against a probable contagion of COVID-19.

The governor of the entity, Cuitláhuac Garcia, he explained, regarding the announced return to face-to-face classes, that, “in these educational aspects, we are federalized, it is the federation that sets the standard,” for which he spoke in favor of the position of President López Obrador.

In addition, he stressed that doing so means preventing students from being more affected in their development.

“We agree, personally and pedagogically. In childhood education, the interaction between the teacher, the student body and the child’s own environment in their classroom cannot be dispensed with. It is a pedagogical issue that must be used in the teaching-learning strategy ”.

Authorities of the Mexican entity remain undefined if the students will return to face-to-face classes on August 30, when the 2021-2022 school year begins. The entity went, this Friday, from green to yellow traffic light, after infections increased. As a result, it is analyzed whether there are conditions for a safe return to the classroom: “it seeks to privilege the health and life of all Mexicans.”

At a press conference, Governor Héctor Astudillo stressed that the return to classes is conditional on having good indicators; however, he emphasized that there is still time to analyze the issue.

Although there has not been a recent pronouncement, after the announcement by President López Obrador, Chiapas authorities said, in May, that their intention was to return to face-to-face classes at the end of August.

It should be remembered that this entity had, although in a biased way, face-to-face activities at the end of the 2020-2021 school year.

In Yucatán, educational authorities reported that they do plan to return to the classroom on August 30, although they specified that the return will be voluntary, optional and mixed.

Educational authorities of the entity reported that they carry out preparation work so that the return to face-to-face classes is possible the next school year, which begins on August 30. The foregoing was exclusively reported by the @bcsnoticias portal, which cited statements from the entity’s Secretary of Public Education, Gustavo Cruz Chávez.

The entity explained that the face-to-face return to classes on August 30 will be only if there are safe conditions for the return. If not, remote activities will continue.

Although there has not been an official pronouncement after the president’s statement, a few weeks ago, educational authorities in Colima shared on their Twitter account that the return to face-to-face classes will take place “as long as health conditions exist.”

Will returning to classes be mandatory?

President Andrés Manuel López Obrador (AMLO) reiterated on Thursday that the return to classes for the following school year 2021-2022 of the SEP will be presential, but it will also be voluntary. In that sense, the president made a call to mothers and fathers.

“I call on mothers and fathers to start organizing and let’s all start with this plan. It can be left as an option (virtual classes), as an alternative so as not to deny the possibility to those who do not want to return. It is also one thing to say: ‘we are going to open the schools’, and another thing is: ‘we are going to open the schools by force’, no! By force nothing, it is conviction ”.

During his morning press conference from the National Palace, López Obrador explained that the return to face-to-face classes is urgent and not just because of academic delay.