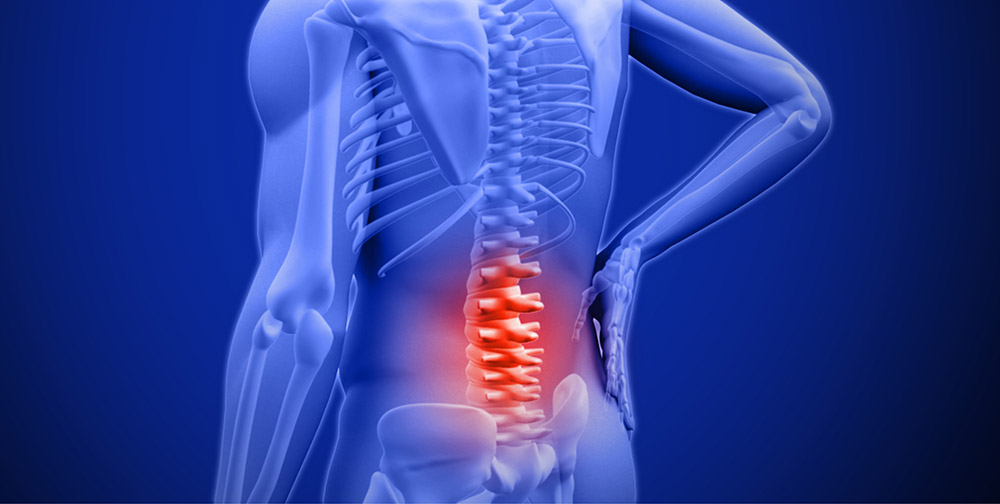 Effective relief: A combination of individually adapted exercise therapy and cognitive behavioral therapy is the best way to combat chronic back pain, as a meta-study has now shown. As a result, this multimodal therapy had an 84 percent higher success rate than standard therapies. Nevertheless, this form of treatment has so far not been used enough in Germany – instead, too many X-rays and operations are still carried out.

Lack of exercise, improper tension, constant stress: Back pain is a widespread disease that has many causes but is often difficult to treat. Because the pain often became chronic and took on a life of its own. In addition to pain relievers, those affected usually receive physical therapy, strength training, and stabilization training. Experiments are also conducted with placebos and electrical stimulation treatments. If nothing helps, back surgery follows far too often.

But what is the best way to treat back pain? How can the success rate of analgesic therapies be improved? Johannes Fleckenstein of the Goethe University in Frankfurt am Main and his colleagues investigated this in a meta-study. In it, they evaluated the results of 58 randomized clinical trials involving a total of 10,084 patients with chronic low back pain.

The researchers first examined whether standard treatments using painkillers and exercise therapy differed from personalized treatments in terms of their success rate. In the latter, those affected receive personal coaching, in which therapists specifically address the potential and needs of the patients and decide together with them what the therapy will look like.

See also  Does vaccine immunity last as long as that from coronavirus infection? - Release

The result: As expected, personalized treatment led to significantly better therapeutic success than standard movement therapies. The success rate for pain relief was 38 percent higher than standard treatment. “The greater effort involved in personalization is worth it, as the patients benefit to a clinically relevant extent,” says Fleckenstein. As a rule, such individualization is also easy to integrate into the movement therapies.

Most effective in combination with behavioral therapy

In the next step, the researchers analyzed a third form of treatment for chronic back pain: multimodal therapy. It combines personal training sessions with cognitive behavioral therapy (CBT). It starts with the negative thoughts, fears and behaviors that have a pain-intensifying effect. Pain patients learn to change the way they deal with the pain, to reduce fear of movement and are taught tactics to deal with pain.

The result here: When a personalized approach and cognitive behavioral therapy were combined, the success rate in terms of pain relief was even 84 percent higher than with standard treatment. The multimodal therapy therefore led to by far the best result. In Germany, the combined treatment for chronic back pain is already part of the medical guidelines, but has so far only been rarely used.

Fleckenstein therefore sees in the study “an urgent call for health policy” to strengthen combined offers in care and compensation. “Compared to other countries, such as the USA, we are in a relatively good position in Germany. For example, we have lower prescriptions for strong narcotics such as opiates,” said the researcher. “But the rate of unnecessary X-ray examinations, which can also contribute to the chronicling of pain, or inaccurate surgical indications is still very high.”

See also  why it is formed and what are the strategies to fight it- Corriere.it

This is also due to the fact that there are strong economic incentives in the German healthcare system for such imaging procedures and operations. The pain therapy treatment and corresponding facilities receive significantly less reimbursement. Although they don’t have a deficit, they are not a cash cow for investors, Fleckenstein said. The aim here is to improve the economic framework conditions.

According to the researcher, it also makes sense from an economic point of view. Because pain therapy saves a lot of money from a health economic point of view, while pills and surgeries rarely lead to medium and long-term pain relief. (The Journal of Pain, 2022; doi: 10.1016/j.jpain.2022.07.005)