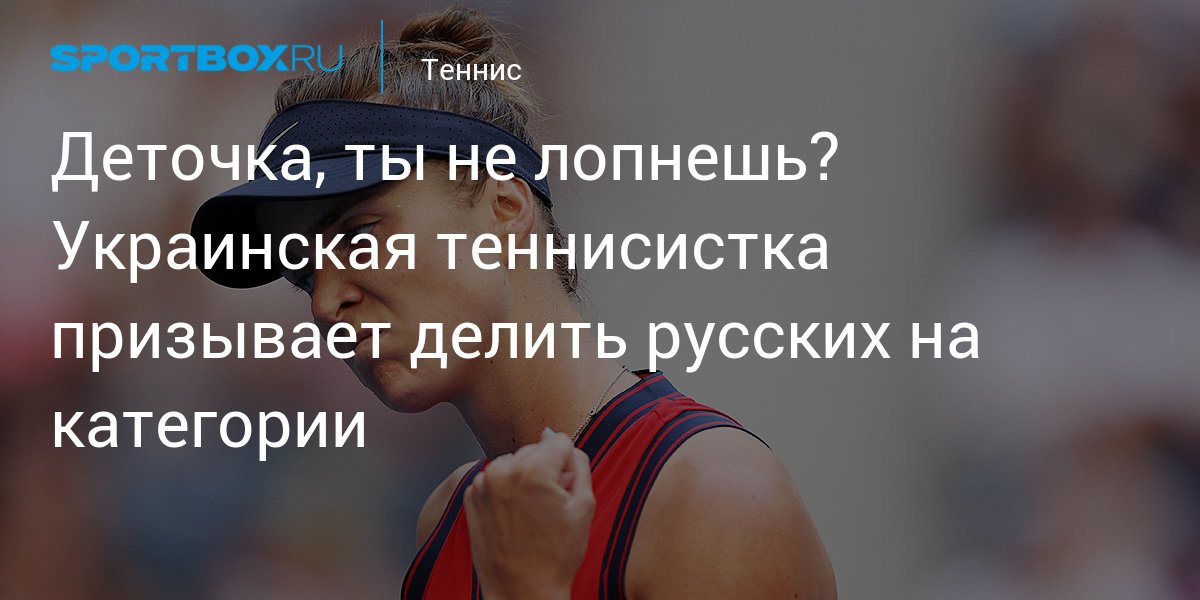 Elina Svitolina imagined herself as the arbiter of fate. She knows how to tell good people from bad people. Can you imagine?

While the vast majority of professional tennis players are struggling with the unfair decision of the Wimbledon organizers to suspend Russian and Belarusian players, Elina Svitolina continues to discredit herself with strange statements.

Instead of diplomatic discussions of the fate of our tennis players, as the ATP Players Council does, the bronze medalist of the Tokyo Games proposes to admit only those who publicly renounce their country and support Svitolina to the Grand Slam tournament.

Who did she think she was?

Absolute support of the Russians

The sonorous statements of Martina Navratilova, the support of our players by the best tennis players of the 21st century, Novak Djokovic and Rafael Nadal, are vivid examples of how world tennis leaders relate to the removal of Russian players from the famous English tournament.

Moreover, the ATP players’ council, which includes ten other players in addition to the aforementioned Serb and Spaniard, is discussing uncompromising sanctions against Wimbledon: to take away the status of a rating tournament from the competition, making it just an “exhibition”. The Women’s Tennis Association (WTA) is also leaning towards the abolition of Wimbledon ranking points.

It is obvious that the entire tennis world does not accept the destructive measures that the British are trying to impose.

Elina Svitolina remains aloof from these movements to restore justice. The former third racket of the world continues to manipulate officials and players, offering sophisticated solutions to the problem.

In April, she decided to ask every Russian and Belarusian tennis player if they support their country and political regime. Those who give a positive answer do not have the right to compete in international tournaments, according to Elina’s logic.

There is a division according to political views or open discrimination. At the same time, she admits that she does not want the total removal of the Russians.

– We do not want them (Russian and Belarusian players. – Approx. Sportbox.ru) completely banned, – said the Ukrainian tennis player in an interview with BBC Radio.

Of course, this manipulation has a simple goal – to divide tennis players into two categories, removing some and allowing others. Actually, this is what the entire sports movement has been fighting against since the end of the 19th century. And Svitolina publicly contradicts this.

“We must know that there are no bad people among us”

The Frenchman Pierre de Coubertin, in whose homeland Svitolina lives now, came up with and actively defended the principle of non-discrimination. Less than a year ago, she married Gael Monfils and settled down with a famous tennis player in Monte Carlo. 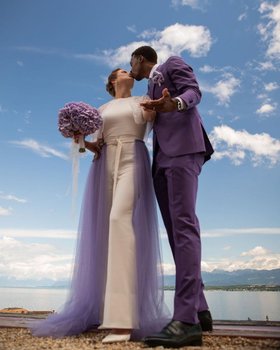 At the same time, the 35-year-old athlete did not publicly speak out about his position regarding the ban of the Russians. It is all the more surprising that the athlete is trying to act as an arbitrator.

— For us, Ukrainians, it is very important that they speak out. We want to feel safe because if they don’t speak their mind, we won’t know if they support their government. It doesn’t matter if we are talking about a Grand Slam tournament or another tournament, I think that every Russian or Belarusian athlete should take a stand on this issue so that we know that there are no bad people among us,” Eurosport quotes Svitolina.

Elina seems to forget that political views are a purely personal right of every person. No one has the right to judge for this and divide people according to this principle into good and bad. For some reason, Svitolina believes that she has been given such a right, and actively imposes her position on others. I just want to ask: won’t you burst, baby?

At the same time, it is obvious that the issue of removing our players from Wimbledon lies on a different plane. The organizers of the English tournament do not want to ask any opinion of the Russians, they just made a decision. Also, by the way, political. Therefore, Svitolina in this context is no different from the All England Lawn Tennis and Croquet Club. And this means that the Ukrainian tennis player should not expect support from the world tennis community either.