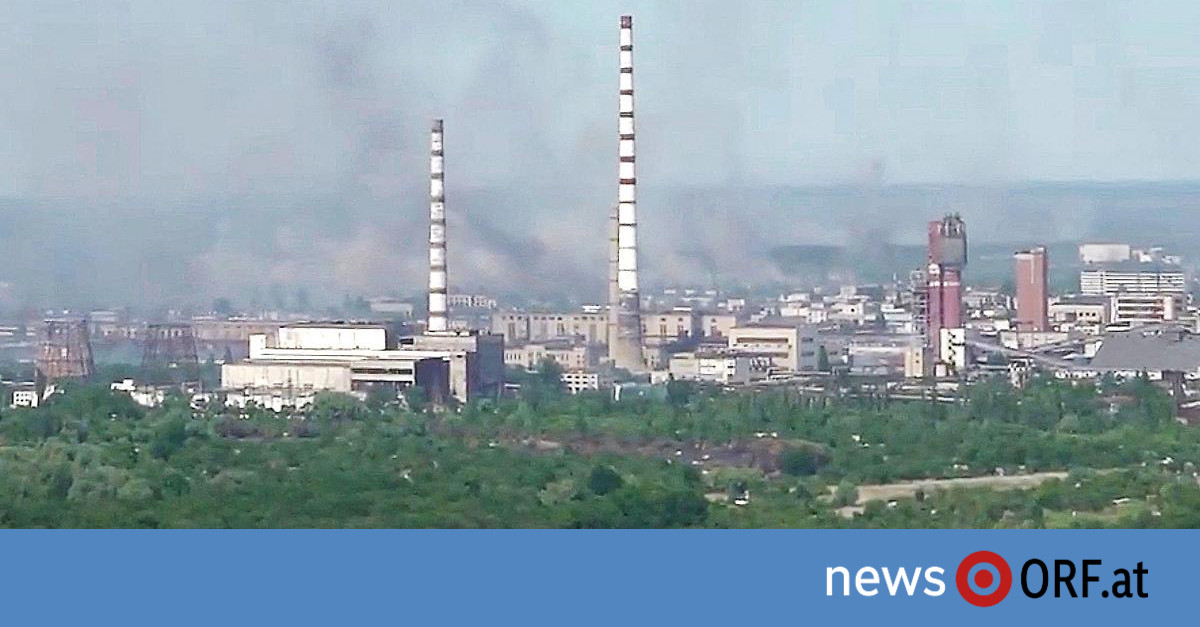 The eastern Ukrainian city of Sievjerodonetsk is still heavily contested. Several hundred people sought shelter in the Asot chemical plant there and have been staying there for days. Now they should surrender by tomorrow, and a corridor will be set up for this purpose, the Defense Ministry in Moscow said.

The situation in the chemical plant is reminiscent of the Azov steel works in Mariupol, which was fought over for weeks. Fighters and civilians had holed up there for weeks, and finally had to give up at the end of May.

In Sievjerodonetsk, the people are supposed to leave the plant tomorrow, according to Moscow. According to the “principles of humanity”, a “humanitarian corridor to the north will be opened between 7:00 a.m. and 7:00 p.m. CEST”. The civilians are to be taken to Russian-controlled areas in Luhansk. The ministry called on Ukrainian troops to fly a white flag to show their agreement with the proposal.

Most recently, the third and final bridge over the Severskyi Donets river was also destroyed in Sieverodonetsk. This means that the city is not completely sealed off, said the governor of the Luhansk region, Serhiy Gajdaj. In doing so, however, Russia had almost completely brought the Luhansk region under its control.

According to Ukrainian President Volodymyr Zelenskyy, the battle for Donbas will go down as one of the most brutal in European history. “For us, the price of this battle is very high. It’s just scary.” At the same time, Zelenskyy reiterated his belief that Ukraine will emerge victorious.

See also  Her career took off on the Charles-de-Gaulle aircraft carrier: Helena recounts her 5 years on board

Today the Speaker of the Ukrainian Parliament Ruslan Stefantschuk gave a speech to the Austrian Parliament. In front of the MPs, Stefantschuk once again pleaded for his country to move closer to the EU and be granted candidate status at the EU summit at the end of June. Stefanchuk reminded that in the war with Russia Ukraine is defending not only its country’s borders, but also those of civilized Europe. A “war is waged against Europe”. Stefantschuk also thanked Austria for the help in times of need: “We will never forget that.”

Debate: What could move Russia to peace?

The Russian war of aggression in Ukraine has been going on for more than three months. Initial peace negotiations have frozen. How are the reactions of the West to be assessed so far? What chances does diplomacy currently have? What could move Russia to peace?