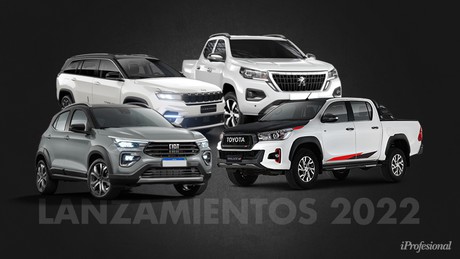 Automakers to launch nearly 60 cars, SUVs and trucks in 2022

Brands hope to meet a busy launch schedule next year. In 2021, despite the obstacles, the market received news

These are not easy times for automakers that produce or import in Argentina. In the first case, it has a little more “air” by boosting the sale of its products manufactured in the country, which have really been a surprise in recent months gaining prominence, to the point that the three best sellers that will be established in 2021 are national: Fiat Cronos, Toyota Hilux, Volkswagen Amarok.

In the case of importers, the situation is more complicated and many Korean, Chinese and Premium segment brands are more “limited”. The same thing happens with the massive brand models that arrive from other markets, such as Renault Kwid, Fiat Mobi and Argo, Citroën C3, which were discontinued or sold only as a savings plan.

Despite this context, the different companies mostly complied with the plan to launch new models for 2021, and prepare a loaded agenda of news for 2022.

Many of the surprises on the waiting list belong to the segments that grow the most in sales, SUVs and pick-ups, although also the incursion of the automotive companies in the category of hybrid and electric cars begins to diversify and there are more and more plans that will be materialized.

In this context, if the market can be regularized in terms of supply and demand, sales could grow by at least 10% next year, after close a 2021 close to 400,000 cars. The ambitions are not great, but it would be a third consecutive year of increased results, which is not a bad sign.

Work is also being done firmly on the values ​​of the cars, They are increasing more than expected, although as the automakers clarify, the price lists are suggested and each dealer can handle their own rates, more in a scenario where there is no stock and it is the law of supply and demand.

We review the more important news “looking for clues” starting in January, where some of them will be revealed at the stands of the brands in Cariló, as every year, in addition to the most resonant projects that the companies have in place.

Among the most “popular” or best-selling brands in Argentina, there are several proposals planned for 2022 for different segments.

Among the most anticipated launches, we started with Citroën. This brand managed in 2021 to position the C4 Cactus as its best-selling model, but now the gaze will be focused on it. new C3, a classic that is currently sold only for a savings plan, in its last stage of life, because wait for the renewal. The model has already been presented in Brazil and promises to be a success in the segment of the youngest.

See also  In almost all provinces you can now get a booster shot without an appointment - Hartvannederland.nl

Among the novelties, surprises are also expected from the hand of Chevrolet, and they are precisely for him Cruze manufactured in Alvear, Santa Fe province. This model will hit the market in its sportier version, the Cruze RS, as the Onix is ​​already sold. 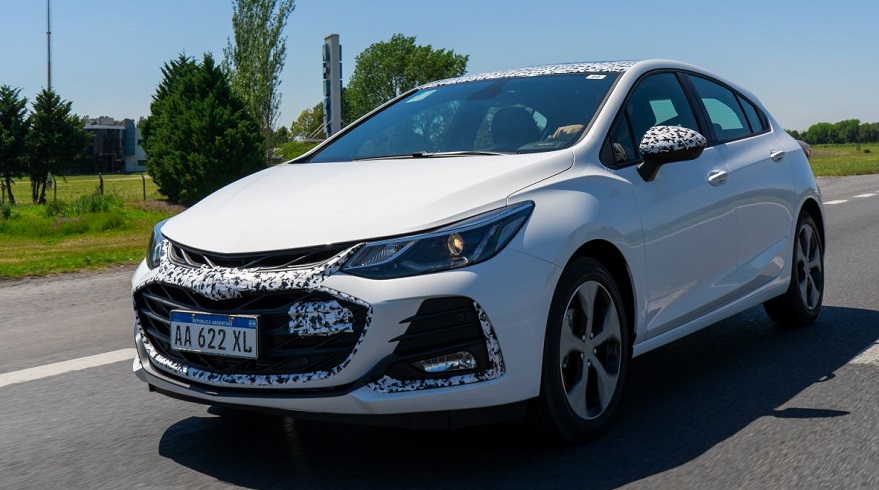 Within Chevrolet’s line of special versions, the RS line is one of the most celebrated around the world. This is because the vehicles have a more aggressive design as a result of their exclusive details and finishes.

“The Cruze RS will offer a visual that emphasizes the aerodynamic lines of its bodywork and finishes that will give a more exclusive touch to the interior of the 5-door version,” said Rodrigo Fioco, Director of Product Marketing for GM South America.

Another expected release will be la pick up S10 Z71 to join a very competitive segment, where Chevrolet loses ground to the five local products that offer greater availability. As confirmed by the brand, both presentations will be in the first quarter of the year.

In the case of Fiat, which will close 2021 with the Cronos as the best-selling car, one of the plans is to launch the new 500 BSG Hybrid, which would inaugurate the brand’s hybrid technology in the country. News is also expected for the pick up girl made in Brazil, the Strada, which would add versions with new automatic box.

However, the product most anticipated is the Pulse, a small SUV that would be the first in the category from the Italian. Manufactured in Brazil, there will be two motorization variants: one with a three-cylinder engine 1.0 turbo with 125 hp of power and 200 Nm of torque, combined with a CVT-type automatic transmission with seven programmed gears; and the most accessible that will be driven by the well-known 1.3 liters atmospheric 99 hp and 182 Nm of torque. It will be coupled to a 5-speed manual gearbox or a continuous-drive automatic (CVT). 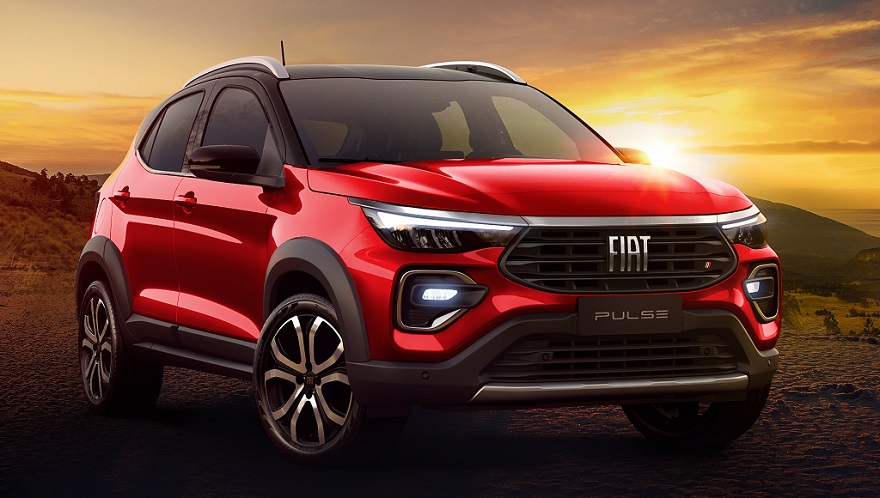 Fiat Pulse, the SUV to come.

In the case of Jeep, there are several restyling and range updates, after a year that was also very successful for the brand, with the Renegade as the leading small SUV. In this case, it is expected the launch of the Compass Trailhawk, some changes for Renegade and it could also be for the Grand Cherokee. Added to this is the most anticipated launch that is the Commander, an SUV to compete in the 7-seat segment that is very close to arriving. 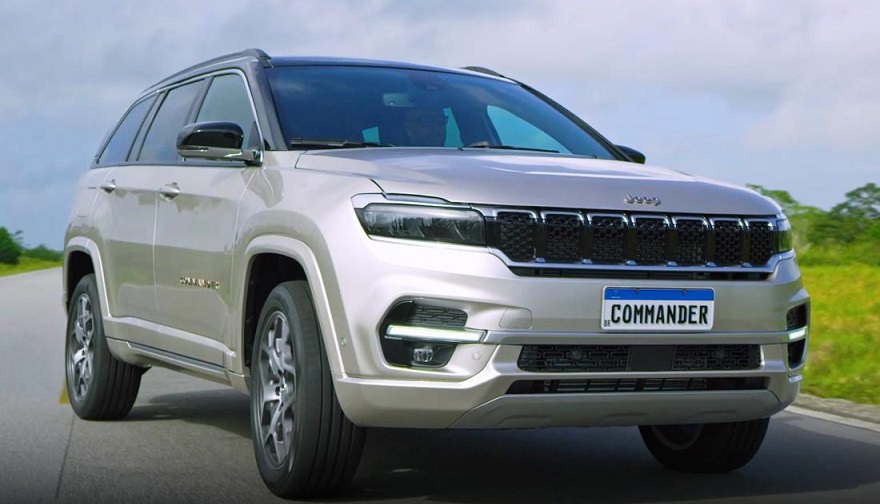 Another of the group, Peugeot, has on the agenda the launch of another major product that is Landtrek, a midsize truck that will take up the history of the brand in the segment. The arrival of the first hybrid of the Lion, the new 3008 Hybrid 4×4, although we still have to wait for confirmation. 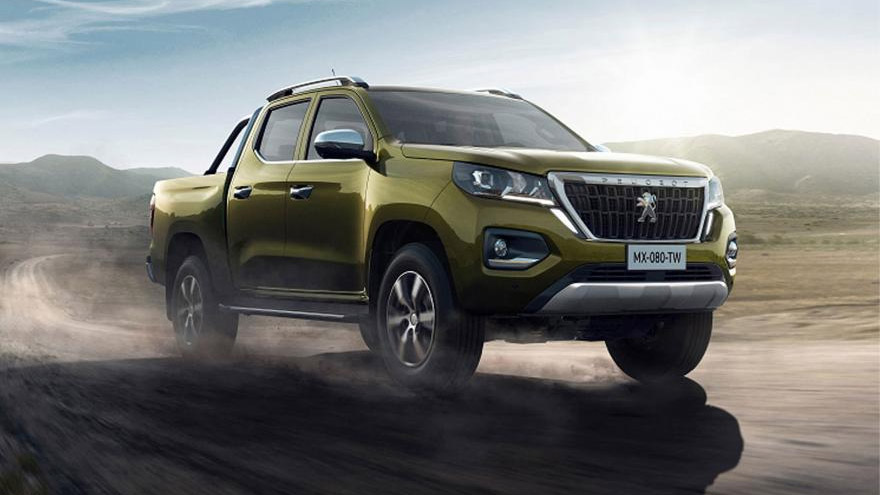 Another one from the Stellantis group is Ram, a brand that this year established itself with the best-selling full-size truck, and new features are expected for the 1500: The 1500 MildHybrid will be presented, already announced but which is being desired. 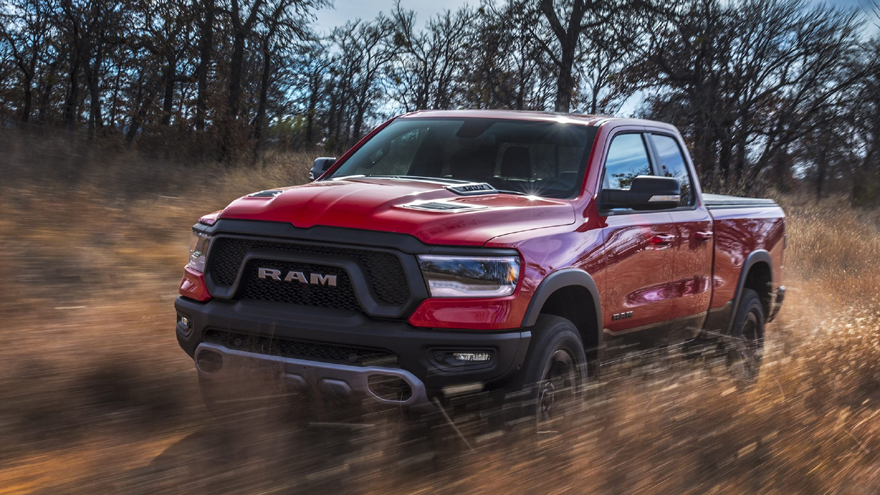 Continuing with the automakers that manufacture in the country, in Ford all eyes are on 2023, when the new Ranger manufactured in Pacheco is launched, where a significant investment is being made to give life to the new generation.

Meanwhile, everything points to the new Ranger FX4 is coming, of which some images were already seen circulating in the country. It is a version that debuts the FX4 name on the pickup, which debuted in Australia at the beginning of 2021 as a special series of the off-road type, but without reaching the level of the Raptor.

In aesthetics, the Ranger FX4 is highlighted by dark elements such as the grill, headlights with DLR Led and fender protectors. Too the snorkel and the FX4 rubbings stand out. It is possible that the San Antonio bar will change, although it is not yet known what it will be like. 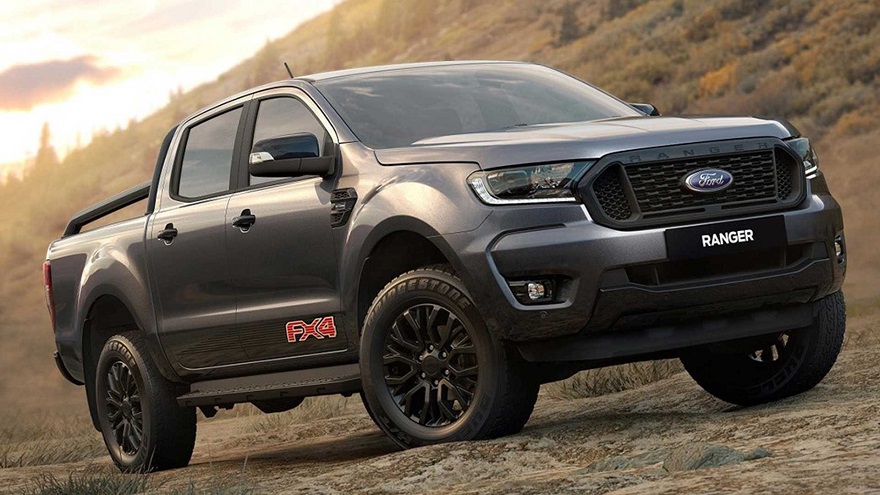 It will also be the turn to specify the presence of Maverick in the local market, which has already been officially launched but the units will arrive between January and March 2022 (there are already waiting lists for this small Ford truck).

On the other hand, the launch of the new Transit that will be imported from Uruguay, and that will seek to regain its leading role in the van segment, today in the hands of Mercedes Benz and Sprinter.

Nissan, the brand that began producing in Argentina in 2018, prepares the primer restyling the Frontier, the truck that is produced in Santa Isabel, Córdoba. It is a highly anticipated launch due to the success of the segment and the good demand that pursues this product in a very competitive market. 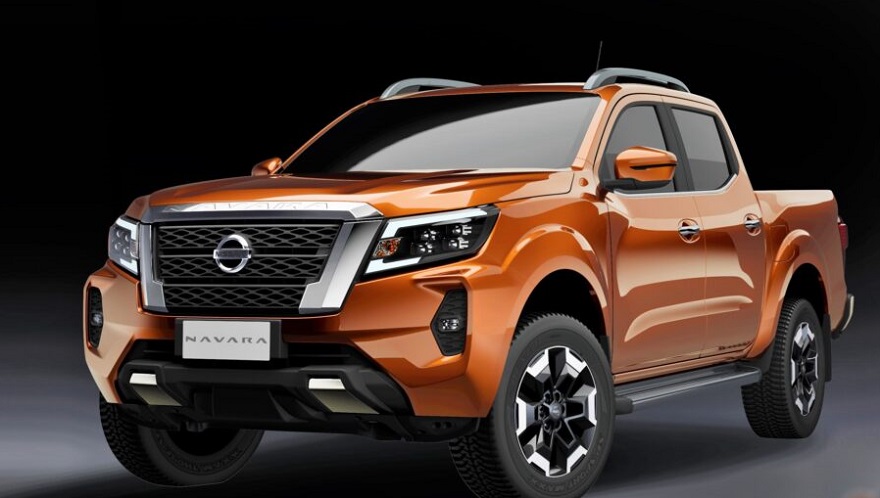 Nissan prepares the restyling of Frontier.

Renault, which this year was complicated by the lack of units in the local market, will change its strategy in 2022 and 90% of its sales will be products manufactured in the country. These are the Alaskan pickup, the Sandero, Stepway and Logan passenger cars, and the Kangoo with two bodies. On the other hand, the novelty of the year will be the restyling of the Renault Duster Oroch. It is the fundamental piece for recovering from a period of product shortages, although the Alaskan, which has been on the market for a year, is doing very well.

Finally, among the massive ones, Toyota also has an important list of novelties, although it is always more cautious. It is worth mentioning that it will be the winning brand in 2021, with the highest number of patents (displaces Volkswagen), and next year the new one would be released. Etios Aibo, GR 86, GR Supra and Hilux GR-Sport 224cv, the most anticipated.

Volkswagen, another market leader, will underpin the offer of small SUVs, Nivus and T-Cross, with a 170 TSI engine, some novelties in Taos, Vento and Tiguan. This brand also took advantage of the last months of this year to lay the foundations of its electrical strategy that will continue forward, with the exhibition of different models in the country as a preview.

In the imported segment there are also several novelties on hold, although the definitions are being taken on the fly, as companies receive authorization for vehicles to enter the country.

In the case of Audi It has many new features and in 2022 it will be the turn of the new A3, Q4 E-Tron and RS E-Tron GT Quattro; BMW He has the new Series 2 Coupé and Series 4 GranCoupé on his doorstep; and Mercedes-Benz would debut the Class C and Class GLC. 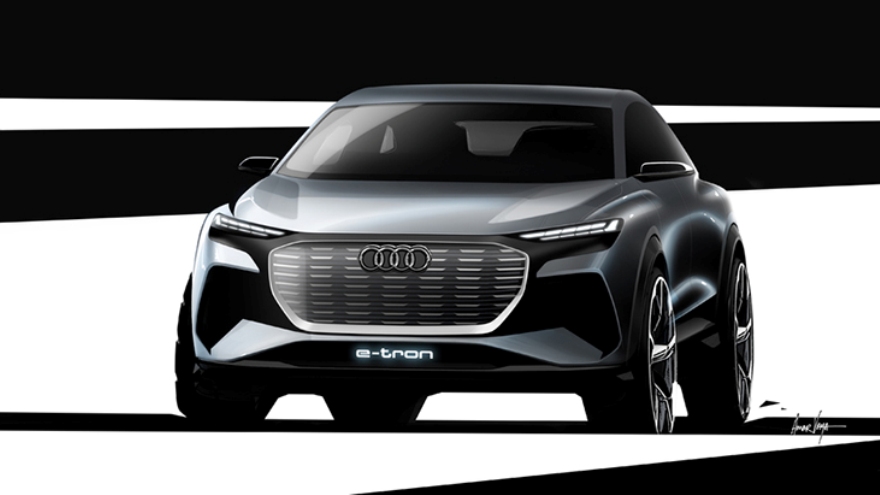 A preview of the Audi e-tron in a new version.

Another high-end is DS, the brand seeking its place in that segment, which following the arrival of the DS7 Crossback E-Tense this year, and the DS9, a luxury sedan, will launch in 2022 the DS 4, DS 4 E-Tense and DS 9 E-Tense.

Among the ultra premium, which sell one model per year but remain firm in the country, Ferrari have in mind to launch the 296 GTB and SF90 Stradale, if market conditions allow it, as well as Maserati will do the same with Grecale and MC20.

Land Rover, another brand limited by imports, wants to finalize the landing of the emblematic New Defender; and Volvo the XC40 Recharge. 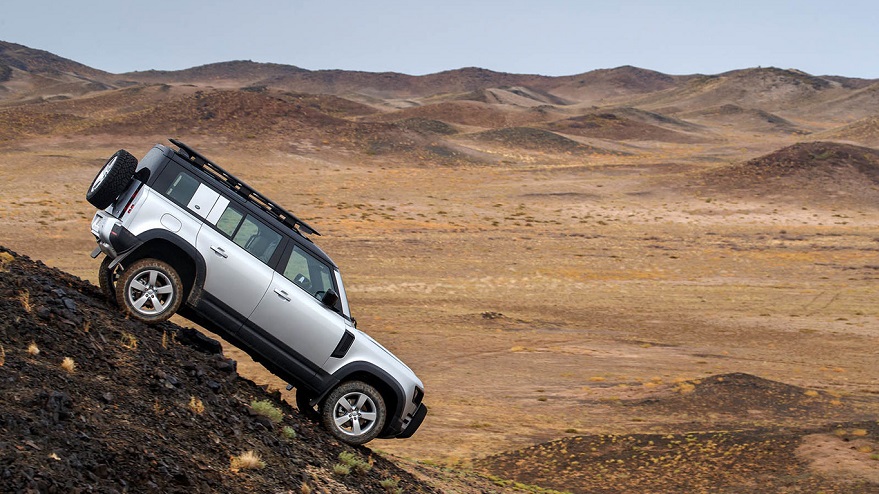 New Defender, the most anticipated.

Among the Koreans, the offer will focus on several Kia novelties, with the new Carnival y Sorento; and its pair Hyundai, with the Creta and Staria.

As projects of the Chinese, brands very affected by the context that is lived in the country, for now only the plans of Chery are known, it would return to look for its place with Tiggo4 Pro and Tiggo8.