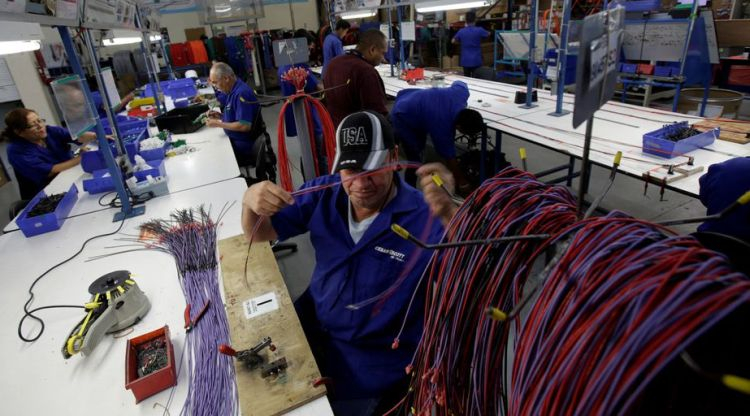 The events of recent months more often influence the acceleration of the transition of vehicles to electric traction than act against it. If the rise in the cost of lithium batteries slows down the process, then the shortage of electrical wiring, which was produced in large quantities in Ukraine, may push car companies to switch to the production of new generation vehicles as soon as possible.

As Reuters explains after polling more than a dozen industry representatives, the average car with an internal combustion engine can have up to 5 km of electrical wiring. Until now, the process of its manufacture was difficult to automate, and each car model was unique in this regard, which made it difficult to quickly reconfigure production for a new nomenclature. Manufacturers of auto components tried to locate enterprises for the production of auto wiring in countries with cheap labor, for many European brands until recently Ukraine remained such a production site.

The Bentley brand depended on the supply of wiring from the territory of Ukraine to such an extent that at first it was afraid to lose up to 40% of car production this year, and also began to think about the need to stop the enterprise for several months due to a shortage of this type of components. Many automakers are looking to Tesla and other companies that got their start in the automotive business with electric vehicles. Machines of this type require far fewer cable connections, and wiring can be produced in individual modules on automated lines that are quickly reconfigured to a new range – say, in a couple of weeks instead of the usual six months.

As the life cycle of ICE vehicles is coming to an end globally, most market participants see no reason to change the design of classic cars in order to switch to modern wiring. In such a situation, it is advisable to immediately switch to the production of electric vehicles with their optimized infrastructure. Of course, this does not solve the modern problems of the industry, and therefore, for the time being, automakers are turning to suppliers in Mexico, Morocco, Tunisia, Poland, Serbia and Romania for classic wiring.