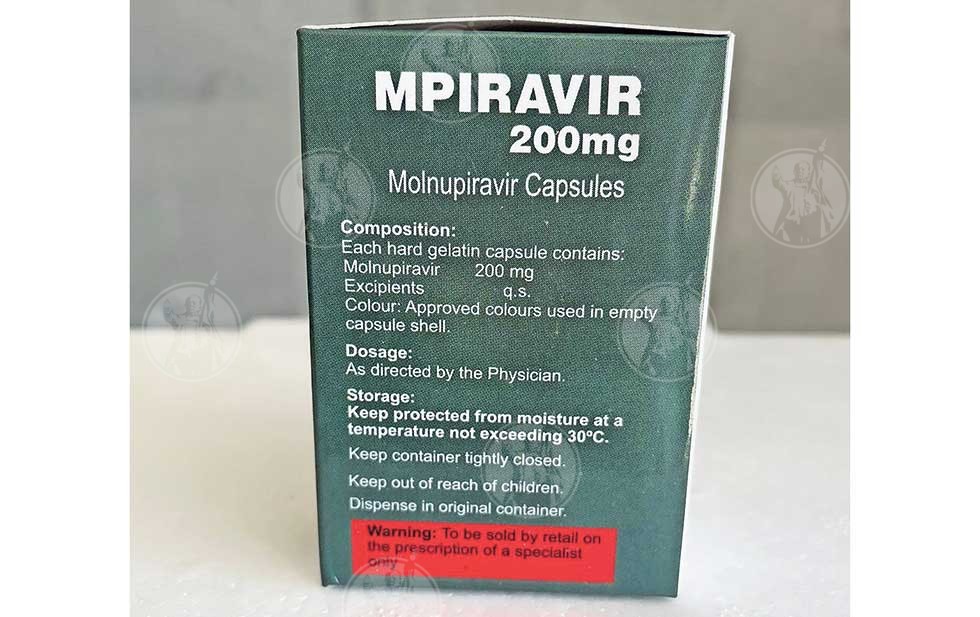 Juarez City.- The Federal Commission for the Protection against Sanitary Risks (Cofepris) authorized for emergency use the oral treatment molnupiravir, destined to treat patients with Covid-19 with mild or moderate symptoms, and with a high risk of complications.

The authorization for its emergency use was issued in a controlled manner and requires a prescription.

The secretary of the College of Physicians, Lorenzo Soberanes Maya, pointed out that it has arrived here upon request and deposit in some pharmacies with headquarters in Mexico City, at a cost of 19 thousand pesos for each capsule buying less than five, but, he stated, Some providers offer them for 17,500 if more are bought, so, he said, it is not easily available to everyone.

The approval process began on December 23, 2021, when technical information was exchanged with other regulatory agencies, the federal government announced through an official statement.

The head of Cofepris, Alejandro Svarch Pérez, stressed that Mexico is one of the first countries to authorize the drug.

“This approval is issued in record time, since the health regulatory agencies in the world have scientific evidence that allows us to evaluate this oral therapeutic option as safe and effective, which will reduce hospitalizations,” he highlighted.

In addition, in countries such as the United States and Japan, the treatment already has authorization; while in others such as Canada, Australia and Switzerland it is still in the process of analysis. All have health authorization agencies considered as an international reference and, like Cofepris, are members of the International Conference on Harmonization of Requirements.