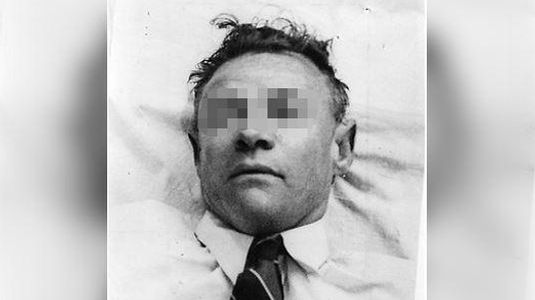 In the late 1940s, passers-by found the body of a man on an Australian beach – the “Somerton Man”. More than 70 years after the find, researchers now want to have found out the identity of the man.

In 1948 beachgoers found the body of a well dressed man on an Australian Somerton Beach in Adelaide. It was December 1st. A half-smoked cigarette lay on his collar and in his pocket was a line from a Persian poem – but no one had any idea who he was.

No wallet, no cash – and no ID

The man was wearing a suit and tie and appeared to be between 40 and 60 years old. In his pocket were bus and train tickets, chewing gum, some matches, two combs and a pack of cigarettes. He had no wallet, no cash and no ID.

The tags on his suit had been cut off, and coroners suspected he had been poisoned. Other curious finds confused the authorities. They included a suitcase, other items of clothing whose tags had been removed, and mysterious writings believed to be a code. However, the alleged code has not yet been deciphered.

The stranger also held a torn piece of paper in his hand on which the Persian words “Tamam Shud” – which means something like “It’s over” – were written. The fingerprints of the Somerton man were sent around the world but no one could identify him.

And so he was buried in Adelaide Cemetery in 1949 with a headstone that read: “Here lies the unknown man found at Somerton Beach”.

Was it a Russian spy?

Many theories have emerged over the years, including that the “Somerton Man” was a spy. Now, more than 70 years later, a researcher says he’s solved the mystery: The Somerton man was Carl Webb. And he be not a Russian agentbut a Melbourne-born electrical engineer.

Derek Abbott, a professor at the University of Adelaide, was able to analyze the Somerton man’s DNA using hair. The hair was preserved when authorities made a plaster model of the Somerton man’s face. Because last year, the remains of the mysterious man were exhumed by the police to solve the case.

Together with the renowned US forensic scientist Colleen Fitzpatrick, who specializes in unsolved cases, he created an extended family tree using the DNA. The two were able to filter out just one name from 4,000: Carl Webb. They then tracked down the man’s surviving relatives and used their DNA to confirm his identity.

According to Prof. Abbott, Webb was born in 1905 in a suburb of Melbourne. He was the youngest of six siblings and married Dorothy Robertson, known as Doff Webb. That most likely brought him to Adelaide, the professor said.

The search is not over yet

“We have evidence that he had separated from his wife and that she had moved to South Australia. So maybe he came to find her,” he told ABC.

Colleen Fitzpatrick wants to help unravel the mystery of the Somerton man. “I would like to the toxicological study see. And I’d like to find out what happened to Dorothy,” she told CNN.