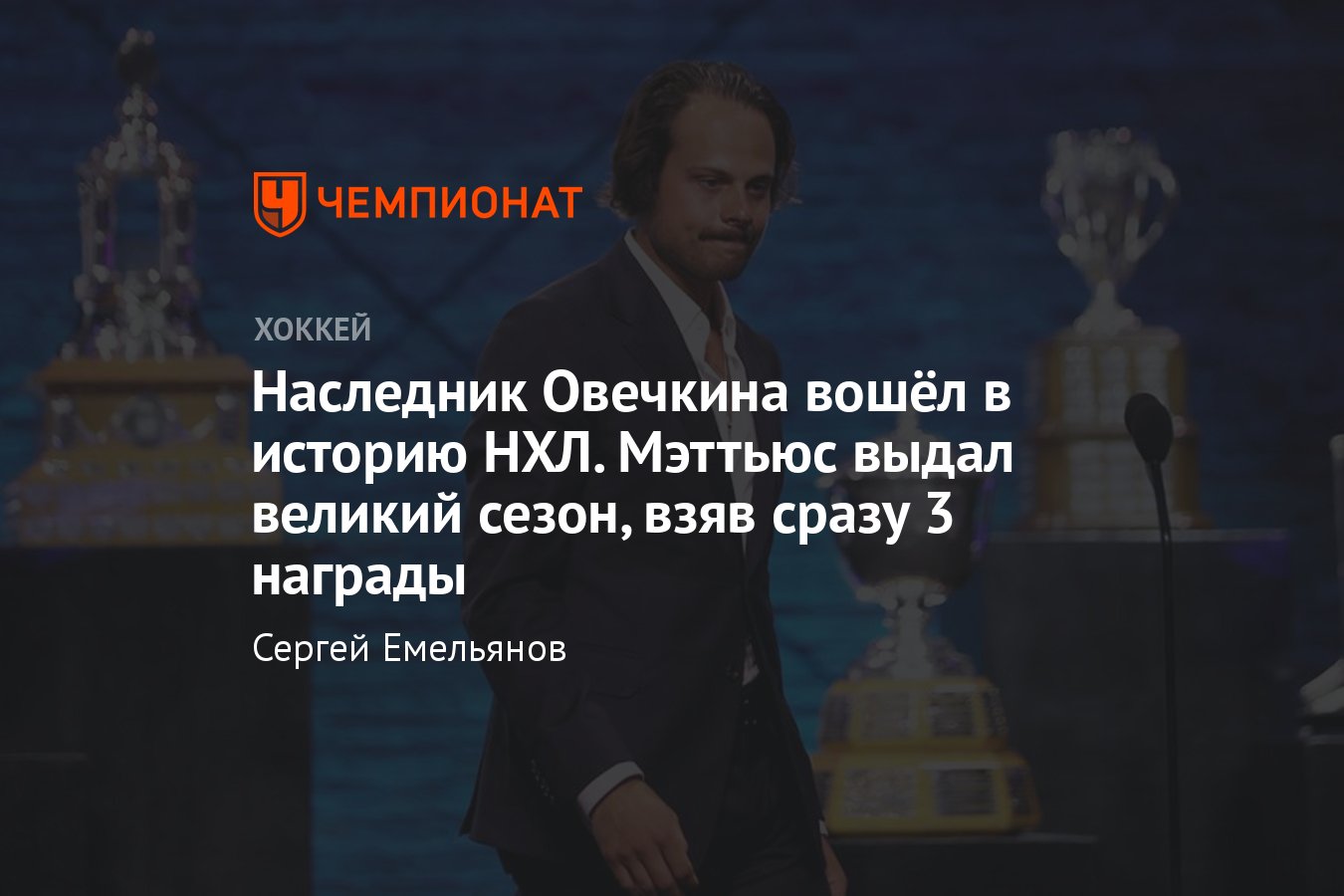 On the night of June 22 Moscow time in North America announced the names of the winners of the five major awards of the National Hockey League, awarded on the basis of the regular season. New York Rangers Russian goaltender Igor Shesterkin won the Vezina Trophy, beating Jakob Markström (Calgary Flames) and Juuse Saros (Nashville Predators) by a huge margin in the fight for the title of the league’s best goaltender. The Rookie of the Year award went to Detroit Red Wings player Moritz Seider, while Colorado Avalanche’s Cale Makar won the NHL Defensive Player of the Year award. The main triumph of the event was Toronto Maple Leafs forward Auston Matthews, who scored a winning double – the American forward collected a super-prestigious collection of Hart Trophy and Ted Lindsay Award.

“What a year!” Russian hero Shesterkin is the best goaltender in the NHL by a huge margin

By and large, the awards Matthews has won today are very similar to each other. “Hart” is awarded to the hockey player who has made the greatest contribution to the success of his team in the regular season of the National Hockey League, according to the Association of League Journalists in each of the cities where there are NHL clubs. In turn, the “Ted Lindsay Award” is awarded to the most outstanding hockey player of the season based on the results of a vote among members of the NHLPA (trade union of NHL hockey players). That is, the fundamental difference between the prizes lies solely in who determines the winner – in the first case, this is done by journalists, in the second – directly by hockey players. 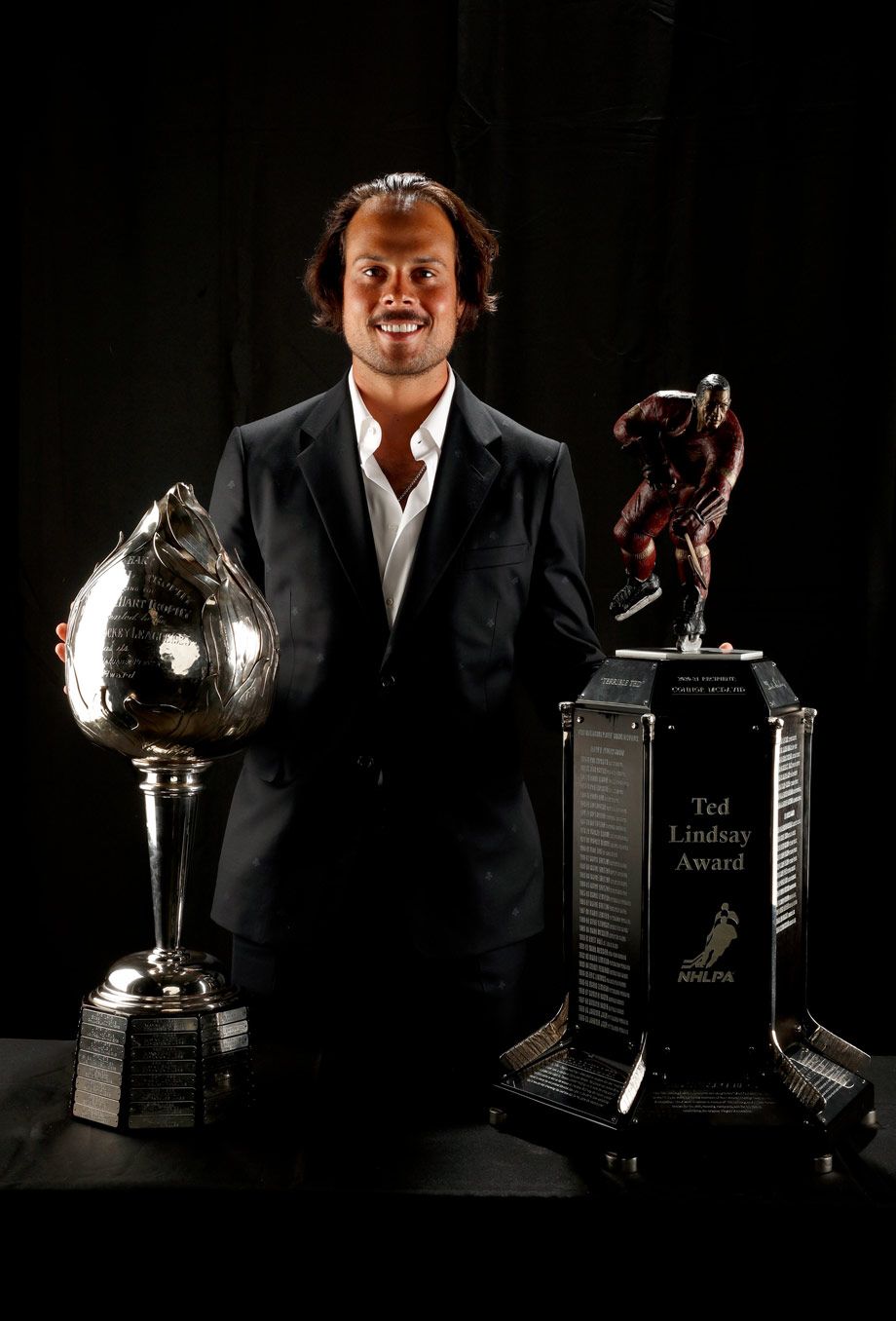 It is curious that since 2019, the opinion of journalists and hockey players on this issue has always coincided. Three years ago, Tampa Bay Lightning forward Nikita Kucherov scored a winning double, and in 2020, Edmonton Oilers forward Leon Draisaitl excelled. Last season, his clubmate Connor McDavid won, and today both awards went to Matthews’ collection. Curiously, the 24-year-old forward also became the fourth player in a row to win such an award under the age of 25.

Matthews became the first Toronto player in 67 years to win the Hart Trophy vote. The last winner before him among the representatives of the “maple leaves” was Ted Kennedy in the 1954/1955 season. Matthews won the vote by a clear margin. Of the 195 voters who voted, 119 voted Auston in first place, while another 49 representatives of the journalistic association gave the San Ramon native second place. As a result, he scored 1630 points, beating McDavid (1111), Shesterkin (738), as well as Johnny Gaudreau of the Calgary Flames (617) and Jonathan Huberdeau of the Florida Panthers (506).

For the Ted Lindsay Award, Auston also edged out last year’s McDavid Award winner and Nashville defenseman Roman Yosi. Having had the best season of his career, Matthews was the first in Toronto history to win this prestigious award.

“I always try to set high goals for myself and be the best as possible. But I think I would be lying if I said that now there is no feeling of slight sadness. Right now I would like to play hockey and continue the season.

Yes, I follow the Stanley Cup final. It’s hard to talk about it. I’ve been a spectator at this point in the season for a long time now, six or seven years. I think everyone understands and realizes how difficult it is.

We played Tampa in the playoffs. They are a great team and there is a reason why they have reached the final for the third time in a row. I think we can learn something in that sense,” Matthews said after winning the awards.

Kaprizov finished 7th in voting for the NHL Most Valuable Player of the Season award. Ovechkin – 10th

Auston spent the last regular season really at an absolutely fantastic level. The American striker finished the regular season in first place in the sniper race for the second year in a row, winning the Maurice Richard Trophy. Thus, Matthews managed to make a full-fledged hat-trick of the prestigious individual awards. In the regular season, he became the first player in the last 10 years to reach the phenomenal milestone of 60 accurate shots. In 2012, Steven Stamkos shot so many goals, and since then no one has been able to achieve such numbers.

It took Auston only 73 games in the regular season to conquer the milestone of 60 goals. If it were not for an injury that prevented the American from taking part in nine matches of a smooth season, then the striker’s result would have been even higher. But even taking into account the incompletely played regular season, Matthews became the first player born in the United States to achieve this achievement. 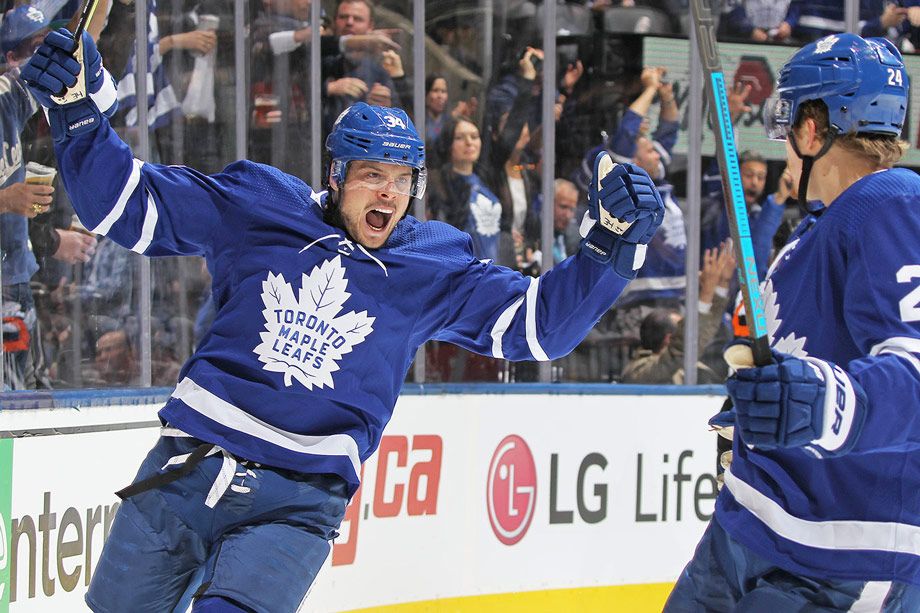 Auston finished the season with 0.82 goals per game, the best in the NHL in 26 years. In the 1995/1996 season, Mario Lemieux scored an incredible 0.99 goals per game, and during this time no one in the league was able to reach such figures. This season, Toronto has scored 312 goals in the regular season, and Matthews accounted for 19.23% of the total goals. It turns out that the American actually scored every fifth goal of the team in the regular season. 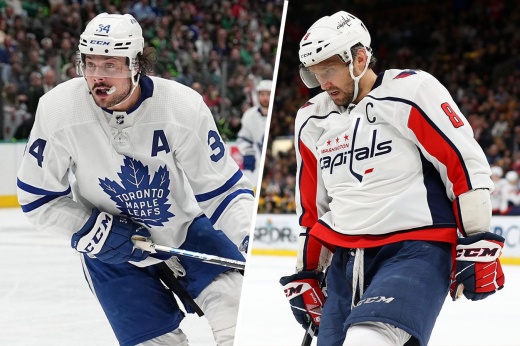 Ovechkin will not be the main sniper of our time for long? Matthews is already better than Ovi in ​​some ways.

Having spent the season at such a high level, Matthews continued to pursue Washington Capitals captain Alexander Ovechkin, who holds the league record for the number of Richars. Since 1999, when the award was established, only six players have won the NHL’s top scorer award more than once. Ovechkin has won the award nine times, while Pavel Bure, Jerome Iginla, Stamkos, Sidney Crosby and Matthews have won the award twice each.

And it seems that if nothing unforeseen happens, then it is the American striker who, next season, will be able to reach the clear second place in terms of the number of Richards won. And if Ovechkin’s heir manages to keep the rate of fire at this level for the next decade, then the conquest of the “Richards” will be put on an unceasing stream.