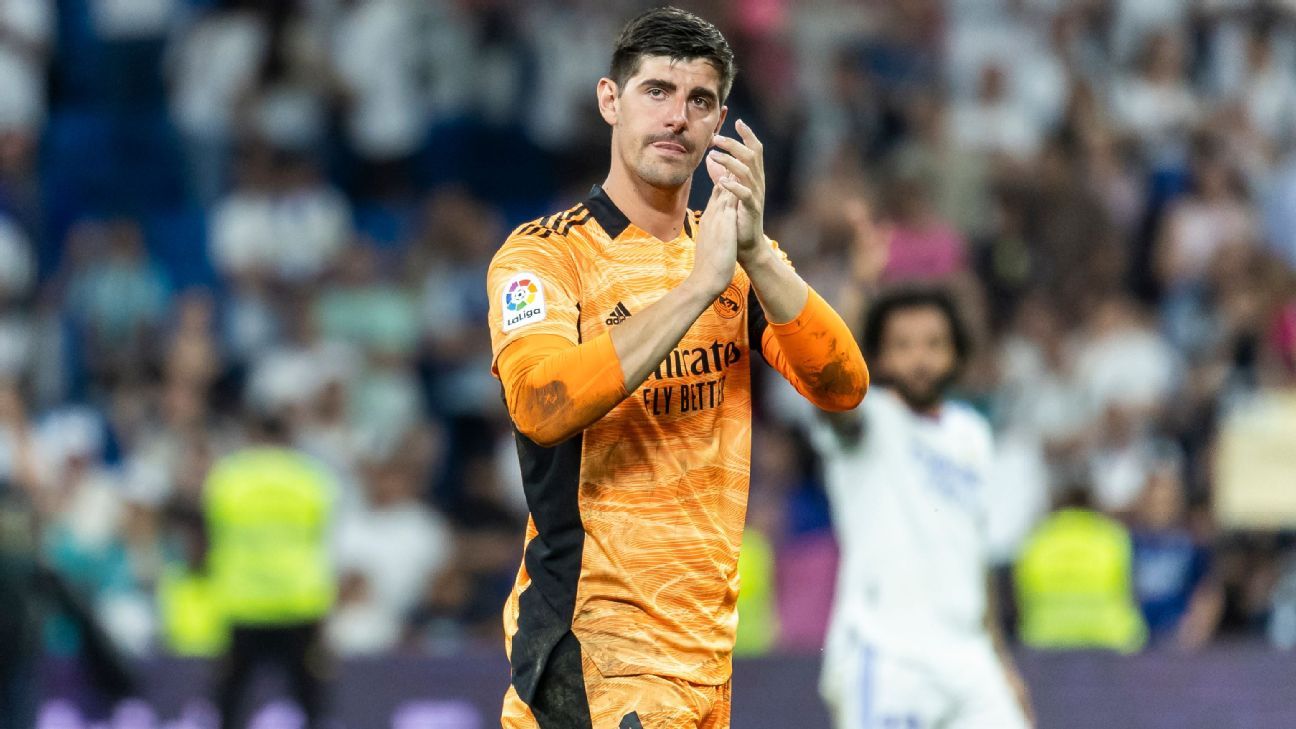 The plaque of Thibaut Courtois, the Real Madrid goalkeeper, is once again on display next to the Atlético de Madrid pitch, the team with which he played three seasons.

The Atletico Madrid replaced the goalkeeper’s plate Thibaut Courtoiscurrently in the Real Madrid and between 2011 and 2014 in the rojiblanco club with 154 games, in the Walk of Legends of the Wanda Metropolitano stadium, as sources from the entity confirmed to EFE on Tuesday, after it was ripped off on Monday by an unidentified person, following the goalkeeper’s statements before the Champions League final won by the white team against Liverpool in Paris.

The plate already shines again since last night next to the field of Atletico Madridthe team with which Courtois played three seasons, loaned by the Chelseawith which he was a reference between the sticks and with which he won four of the eight titles of the Diego Simeone era, the first four: the Europa League 2011-12, the 2012 European Super Cup, the Copa del Rey 2012-13 and the 2013-14 League, in that order.

In that period, Courtois also lost a Champions League final against Real Madrid, in 2014 in Lisbon 4-1 in extra time. Last Friday, on the eve of the duel against Liverpool by european cup, the goalkeeper compared both moments by noting that he was now “on the good side of history”; some statements that have been criticized by sectors of fans of the rojiblanco team.

the same monday, Enrique Cerezopresident of the Atlético, was asked about the request of some fans to withdraw recognition of the Belgian international goalkeeper from the aforementioned stadium walk. “Well, nothing, take a pick and a shovel and go take it off,” he replied, hours before the plate appeared ripped out throughout the afternoon, until it was replaced last night by the rojiblanco club.