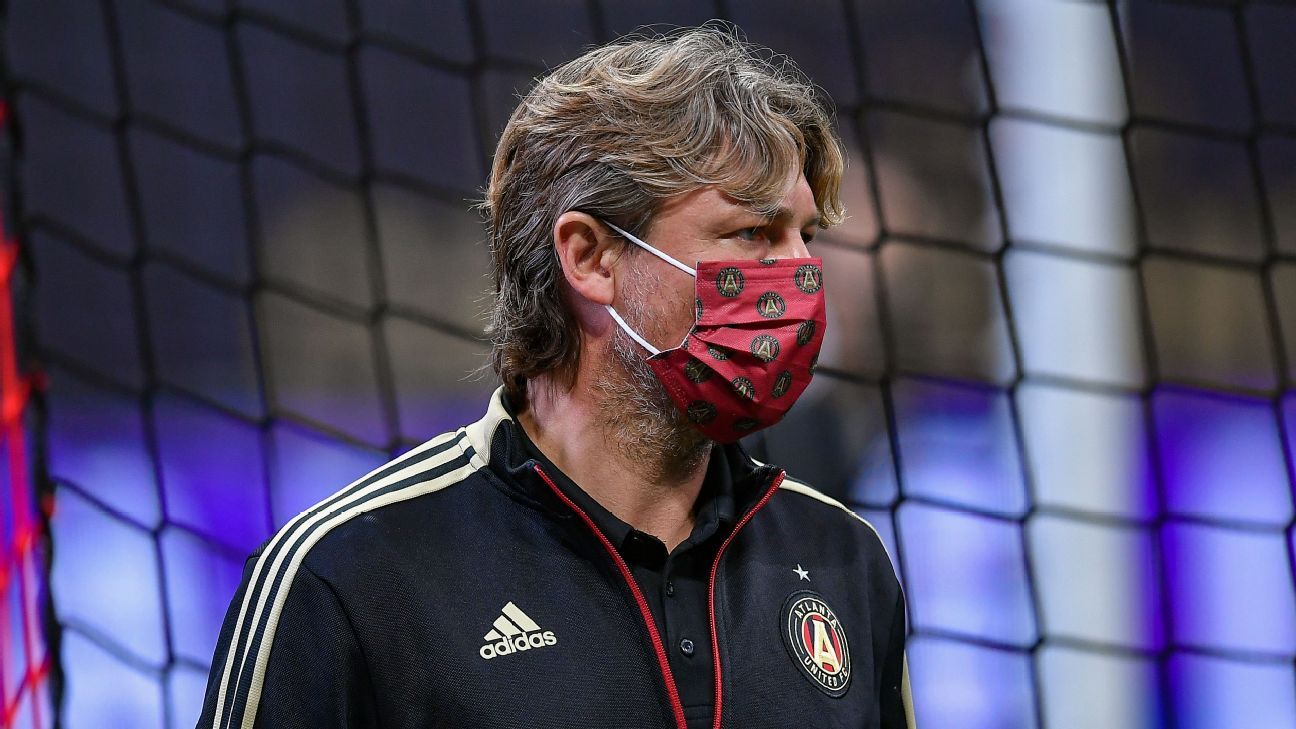 Gabriel Heinze he was relieved of his duties as head coach of Atlanta United FC, the club announced Sunday.

Heinze failed to spend a season with Atlanta after being hired in December 2020, ending his time with a 2-4-7 record. The team has been on an eight-game winless streak in Major League Soccer, the club’s longest since joining MLS in 2017.

Assistant coach Rob Valentino will take over as interim coach with the club and said in a statement that “a variety of issues related to the day-to-day leadership of the team led the club to make this decision.”

“This was certainly not a decision we wanted to make at this point in our season, but it was the right one for the club,” Atlanta United president Darren Eales said in a statement. “Gabi is a talented coach and it is undeniable that he is passionate about his craft and the sport of soccer. We are grateful to him for his service and wish him all the best in the future.”

Heinze had been under pressure after he benched star forward Josef Martinez and had him train out of the club. Following Saturday’s 1-0 loss to the New England Revolution, Heinze spoke about the club’s struggles under his command.

“In this moment that we are now, it makes me want to keep working more. I don’t want to leave this path,” added Heinze. “Why? Because I know. It has happened to me before. The path was the same and I give it everything I have, all the effort. Let me tell you that this is a good group of players. Possibly, the coach is wrong.” .

Heinze was hired by Atlanta after Frank De Boer was fired in July 2020, and Stephen Glass served as interim coach for the remainder of that season. De Boer also struggled during his nearly two-year stint in Atlanta, which had won the 2018 MLS Cup with inaugural coach Gerardo “Tata” Martino.

Heinze came from managing Vélez Sarsfield, which led the team to third place during the 2019-20 season. His previous stops include Godoy Cruz and Argentinos Juniors. The latter led him to promotion to the top flight in Argentina during the 2016-17 season.

Heinze earned numerous honors during a playing career that saw him dressing up for the likes of Manchester United, Real Madrid and Paris Saint-Germain. He won league titles in England, Spain and France, the last of which was with Marseille.