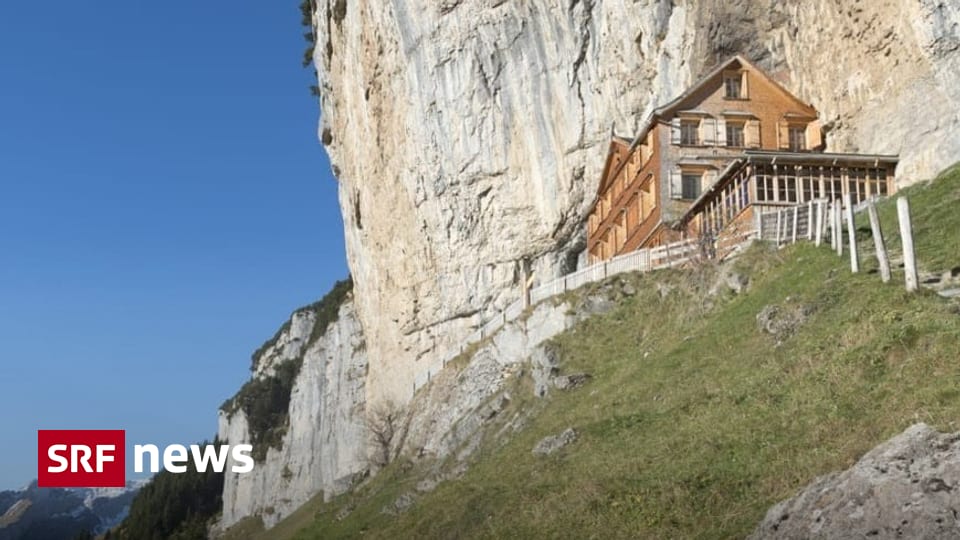 Two people died yesterday in the Alpstein while hiking below the Äscher.

On Monday there were two fatal accidents in the Alpstein in the canton of Appenzell Innerrhoden. Both people fell on the mountain hiking trail from the popular Äscher excursion restaurant in the direction of Chobel. This was announced by the Appenzell Innerrhoden cantonal police on Tuesday morning.

The crashes happened in quick succession. According to the canton police, there is no connection according to initial findings. First, a 66-year-old German fell 80 meters over a rock face, about an hour later, while the rescue workers rescued the woman, a 58-year-old man from the canton of Bern fell in the same section. He too was fatally injured.

Popular destination – but not without risks

The steep ascent and descent between the Äscher and the Seealpsee is marked as a mountain hiking trail, with signs pointing out the danger. The path is often underestimated, says Roland Koster, media spokesman for the AI ​​cantonal police. This is currently investigating the exact causes of the accident.

On June 26, a 75-year-old woman stumbled on the same mountain trail and fell about 80 meters over a rock face.

According to police spokesman Roland Koster, the white-red-white marked mountain hiking trail from Äscher in the direction of Chobel and Seealpsee is one of the most popular in the Alpstein. Sometimes the view from the way down to the steep rock faces is bad because of the tall grass and chervil. It often happens that people walk the path unprepared and with insufficient equipment.

Flip-flops or patent leather shoes are completely unsuitable for this mountain hike, Koster told the Keystone-SDA news agency. Once he even met a hiker with a trolley suitcase on the steep path. The Äscher and the Seealpsee have developed into tourist hypes in recent years.