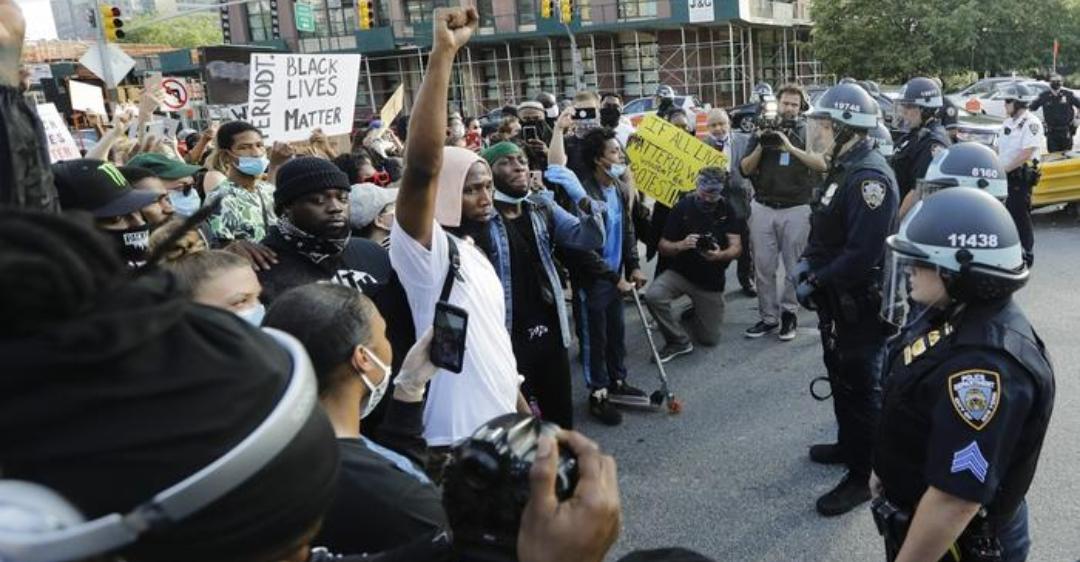 At least twenty-two people were arrested in New York on Saturday night after the police tried to impose the curfew that was dictated last weekend for Washington Square Park from Manhattan after local residents complained about the noise and violence that raged at night.

Officers dressed in riot gear they faced dozens of citizens who refused to leave the public space at ten o’clock at night, when the curfew began, which resulted in more than twenty arrests and at least five officers injured, according to police sources.

Learn more: President Duque announces changes and transformation in the Ministry of Defense and the Police

The images that can be seen on social networks showed the policemen forming a barrier and asking those present to stand back, while citizens were warned through megaphones that they would be arrested if they did not leave the area voluntarily.

The videos also show the Police pushing and grabbing some of those present, trying to separate a human chain that they had formed to show their rejection of police orders.

Could read: From June 8, the temporary bicycle corridors return to Bogotá

The arrests come after a 10 p.m. curfew was announced in the popular park on Fridays, Saturdays and Sundays after complaints from residents, pointing to late-night parties and uncontrolled drug use in the space.

New York Police and the City Parks Department they made the decision to impose the park closure two hours earlier than usual citing “problematic behaviors.”

Among them, they listed jumps on vehicles, threats and throwing of objects at agents, and hindering the work of a fire brigade that came to the area to put out a fire in a residence.

The Police assured that the decision to impose the curfew will be reviewed regularly, but At the moment, no deadline has been set for this measure.