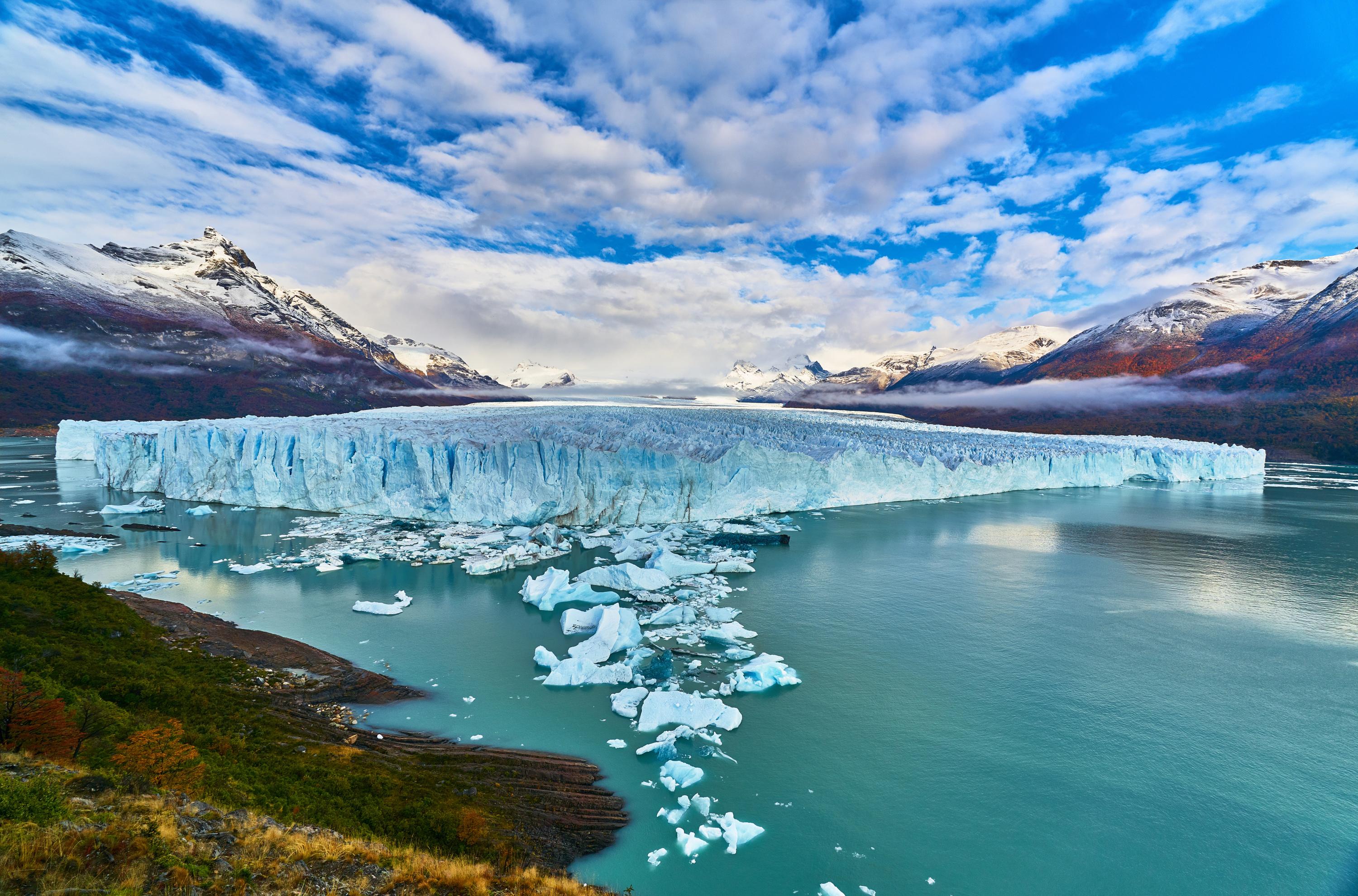 At least half of the world's 215,000 glaciers will be gone by the end of the century

Even in the most optimistic scenarios, the melting promises to be much greater than expected, assures a study published in the journal Science. Most alpine glaciers would already be doomed.

It seems inevitable: even in the most optimistic of scenarios, half of the planet’s glaciers will have disappeared by the end of the century. This unequivocal observation is drawn up by an international team of scientists, who modeled with unprecedented precision the future of some 215,000 glaciers in the world according to different trajectories of global warming.

Read alsoGlobal warming: there is still time to act, assures the IPCC

In an article published Friday in the journal Science, these researchers led by David Rounce, of Carnegie Mellon University in Pittsburgh, explain that a rise in the global average temperature limited to + 1.5°C (the most ambitious objective of the Paris agreement) n will not prevent the melting of 49% of glaciers by 2100 compared to 2015, and the loss of a quarter of their total mass. And it will be much worse if we do nothing to contain greenhouse gas emissions: at +4°C warming, 83% of glaciers will have disappeared by the end of the century.

However, if we refer to current climate commitments, the world is heading towards a warming of around 2.7°C: at this rate, we can expect an almost complete deglaciation of entire regions such as western Canada and the United States or New Zealand, warn the researchers. Europe will not be spared. “ If we look at the models for the Alps, there would be about 15% of the glaciers left in 2100 for a scenario at +1.5°C, no more at +4°C and only a few on the summits above 4000 meters for the current warming trajectory, specifies Étienne Berthier, CNRS researcher at Legos (Laboratory for studies in spatial geophysics and oceanography, in Toulouse) and co-author of the study. As for those of the Pyrenees, their disappearance is already announced within 10 to 20 years. »

See also  DRC: at least ten dead in an attack on a church in North Kivu

This work thus paints a more alarming picture than the projections that fueled the last IPCC report, with mass losses 14 to 23% greater than previously estimated. Because the authors have looked into the fate of each glacier. To do this, they used the results of a previous study, published in 2021, which used 20 years of satellite images of all the ice on the globe – with the exception of the Greenland and Antarctic ice caps, governed by more complex mechanisms – in order to quantify its evolution over the last two decades. They then submitted these data, glacier by glacier, to models taking into account different warming scenarios ranging from +1.5°C to +4°C by 2100 compared to the pre-industrial era. “For the first time, this model also takes into account several physical processes such as calving (when masses of ice break off to form icebergs or melt in the water of a lake or an ocean); it also incorporates the effect of surface rock debris which can in particular alter the reflective effect of snow (albedo) and accelerate melting », underlines Étienne Berthier.

Read alsoGlobal warming: the first warnings from the end of the 1950s

The study represents a substantial step forward in predictive modeling of the impact of climate change on each glacier, estimates Gudfinna Adalgeirsdottir, professor at the University of Iceland, who did not participate. She salutes its precision, while pointing out its limits: “ We lack reliable estimates of the thickness of all the glaciers in the world. It is indeed much more difficult to measure this total thickness than the changes in thickness (which can be done by repeating the measurements by satellite and comparing the changes in altitude) “. Moreover, adds the glaciologist, “ climate models operate with a resolution that is often between 50 and 200 km. Higher resolution models would improve the projections. »

The authors of the study also looked into the impact of melting glaciers, which alone could lead to a rise in sea level of around 9 cm (scenario +1.5°C) at 15, 4cm (+4°C). “We must not forget that to this must be added the consequences of the melting of the ice cap of Greenland and Antarctica or even the warming of ocean waters which causes them to expand. These phenomena will also increase with more significant warming scenarios. “recalls the glaciologist.

Read alsoThe inevitable melting of the ice in Antarctica

Real natural water towers, especially in the Andes or in Central Asia, “ glaciers are also an essential resource for around 1.9 billion people », further recall the authors of the article published in Science. They also make it possible to spread out the availability of water, by feeding the rivers in summer. Finally, their decline increases the frequency of disasters such as floods or landslides.

By once again highlighting the direct link between the fate of glaciers and the rapid increase in global temperature, the researchers wish to recall that “ every fraction of a degree counts to save what can still be saved. Thus, insists in turn Gudfinna Adalgeirsdottir, “any effort to limit warming will have a direct effect on reducing the number of glaciers that will be lost.»